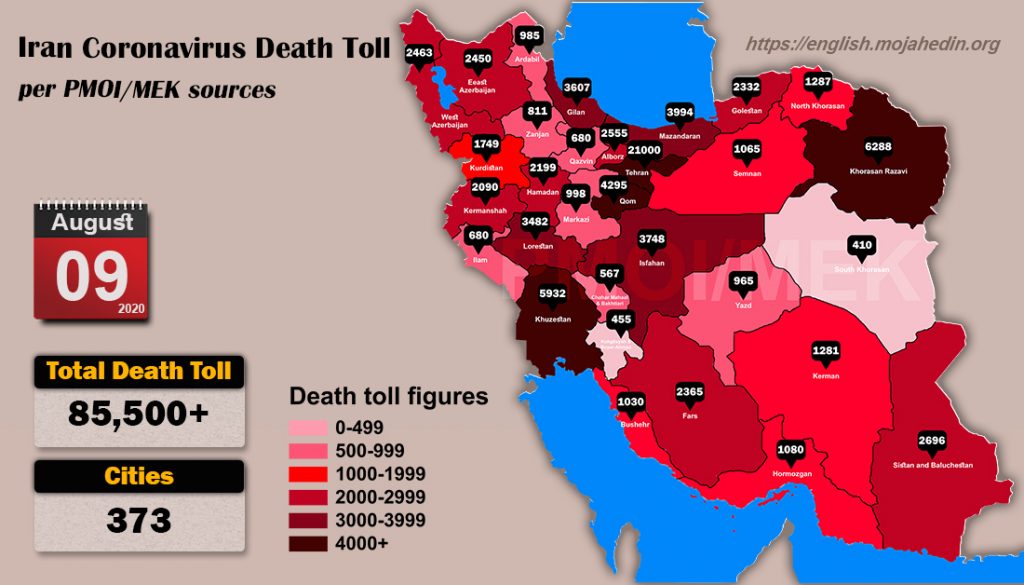 Member of NCCT: The first patient was identified in late December, but the Government engaged in a cover-up. The Health Ministry statistics are one-twentieth of the actual figures

Once again Hassan Rouhani blamed the people for the second wave of the Coronavirus outbreak at the NCCT’s meeting today, and said, “Once, the [public] ‘s compliance with [the health protocols] was 77%, and the death toll had dropped down from three-digit figures to two digits. We are again facing a wave, as [the health protocols] compliance has dropped from 77% to 17%. Our beds and doctors and nurses are limited … We must consider that we will be in this situation at least for another six months. Of course, it may be even more than six months or even a year.” Despite the firm recommendations of doctors and even regime experts, once again, Rouhani reiterated on the need to hold Muharram mourning ceremonies, and said, “Why not mourn, we can mourn with smaller crowds. [The ceremonies] were supposed to be held in Mosques and venues where there could fit a 1,000 people, we are saying they should be 100,” according to IRNA, today.

Mohammad Reza Mahboobfar, a member of the National Coronavirus Combat Task Force, told Jahan San’at daily yesterday, “In late December, precisely one month before the official announcement of the emergence of Coronavirus in the country, the first case of an infected patient was identified. At the time, however, the Government engaged in a cover-up because of political and security reasons… Regrettably, since the very beginning, there was no transparent public information effort. Most certainly, since the start of the virus in the country, these figures have been engineered. In any case, these figures are injected into society according to political and security considerations. In my view, the figures announced by the Ministry of Health (the number of those infected and dead) is one-twentieth of the real and actual figures.”