Iranian Resistance warns about attack on Camp Liberty in Iraq 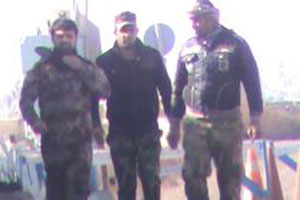 Reconnaissance and preparation for attacking Camp Liberty
Reminiscent of preparation and setting the stage prior to Ashraf massacre on September 1, 2013

NCRI – There has been a series of very suspicious activities and movements against Camp Liberty in recent days that are reminiscent of activities of Iraqi forces prior to the massacre in Camp Ashraf on September 1, 2013.

1- Three militiamen entered the camp on Sunday, January 18, 2015 under the guise of using the Iraqi clinic inside of the camp for medical treatment. The Iraqi police forces, according to their normal and recognized responsibility, check the identity of people seeking to enter the camp and turn away non-residents. But in this case the Iraqi police created no obstruction for their entrance. The three individuals wore military uniforms, but they were neither from the military nor from the police. Their appearance and the fact that they wore beards suggested that they belong to militias.

2- On Monday, January 19, a front company of the Revolutionary Guards (IRGC) that is working in the Baghdad airport area just south of Camp Liberty took photos and video of various parts of the camp using a crane. The cameraman and photographer were conspicuous inside the crane’s cabin. 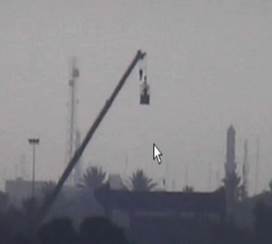 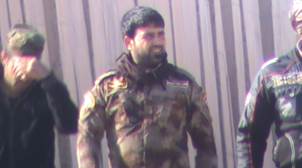 At the same time that the Iranian regime’s meddling is intensifying on a daily basis, paramilitary terrorists who are affiliated with the regime have stepped up their reconnaissance and preparation for an attack on Camp Liberty.

The Iranian Resistance once again calls attention to the repeated expressions of commitment by the US government and the UN regarding the safety and security of the Camp Liberty residents, all of whom are protected persons under the Fourth Geneva Convention, asylum seekers, and people of concern. The Resistance urges the US and the UN to immediately implement necessary steps for the safety and security of the residents.

Secretariat of the National Council of Resistance of Iran
January 19, 2015

Previous articleIran: 100 arrested for dancing at mixed party as oppression continues under Rouhani
Next articleListen to the Voices of the Iranian People