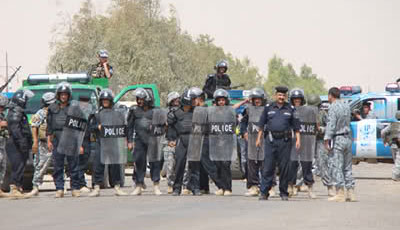 Camp Ashraf- Breach of Commitments, No. 12

NCRI – On Wednesday, 11 January 2012, Iraqi forces prevented the entry of five special beds for paralyzed patients. These beds had been procured by the residents and brought to Ashraf with great difficulty. Efforts by representatives of Ashraf residents to gain permission through the UN representative to enter the beds into Ashraf got nowhere.

A number of patients were injured and handicapped in the brutal attacks by the Iraqi forces and others in the terrorist attacks of the Iranian regime in previous years and they have suffered the most torment during the past three years from the medical siege.

Because of the medical siege, just in the past year, at least 12 patients and wounded residents were tormented to death and illnesses of still more patients have turned incurable.

The anti-human siege on Ashraf has now entered its fourth year.

Secretariat of the National Council of Resistance of Iran
January 13, 2012