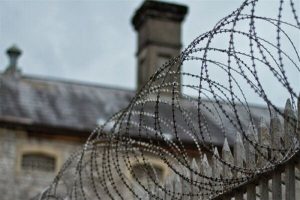 After 36 hours of conflicting news reports, the criminal mullah Mojtaba Zolnouri, chairman of the mullahs’ security committee in Parliament (Majlis), confessed and confirmed today that the regime has kidnapped in Turkey Habib Farajollah Kaab, also known as Asyud, an Arab Ahwazi compatriot born in Shooshtar. Zolnouri claimed the kidnapping was in response to the attack against a military parade in Ahwaz on September 22, 2018, and added that Asyud is currently in Tehran undergoing interrogation by security and intelligence forces.

On October 30, an Ahwazi Arab group announced that the regime’s Ministry of Intelligence and Security (MOIS) has “kidnapped Mr. Habib Asyud (former president of the group) on Turkish soil. An Arab Gulf state and some Ahwazi personalities were involved in pulling him into Turkey, the details of which will be announced at a later date.”

But mullahs Zolnouri tried to paint the kidnapping as an “extraordinary accomplishment by intelligence and security agencies,” adding that “after obtaining the necessary information from Asyud and completing the case, he will be prepared to attend a fair trial in order to face justice.”

Another Majlis deputy, Mojtaba Yousefi, also said that Habib Asyud “has been transferred to Tehran, and after interrogations, he will face the maximum penalties.” This Majlis deputy then proceeded to threaten, brag, exaggerate and bluff in a style characteristic of the mullahs and agents of the Islamic Revolutionary Guard Corps (IRGC) by saying: “The unknown soldiers of the MOIS and the IRGC’s Intelligence will continue their tireless activities until such time that terrorist operatives have been arrested. Today, countries that claim to be democracies are supporting the Monafeqin [the mullahs’ derogatory term to refer to the main opposition Mujahedin-e Khalq or MEK] and terrorists. A country like Albania has given refuge to the MEK and has provided them with resources” in order to achieve “their ominous and evil objectives.”

The Iranian Resistance, regardless of the political positions of Mr. Habib Asuyd and the group with which he is associated, strongly condemns this kidnapping and clear crime that was committed in violation of international laws. The Iranian Resistance calls on the United Nations, the European Union and the Swedish government to immediately act to return Asyud, who holds Swedish residency. Facilitating any opportunities for the kidnapping of Iranian refugees and dissidents against the Iranian regime, and sending them back to Iran by other countries, especially Iran’s neighbors, is unacceptable and revolting.

Prior to this, the regime trapped Ruhollah Zam and Jamshid Sharmahd through various ploys and returned them to Iran. The regime’s ploys and tactics, and all the relevant details, must be exposed and publicized.

The rights of Asyud, Sharmahd, and Zam must be fully and completely respected in accordance with international laws and the monitoring of the Swedish, German and French governments. The regime’s leaders and officials must be pursued and prosecuted on charges of kidnapping and multiple acts of terrorism in Turkey and European countries.

Secretariat of the National Council of Resistance of Iran (NCRI)
November 1, 2020