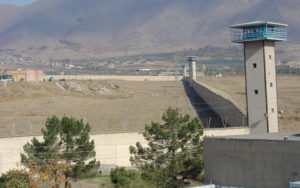 On Monday, April 12, 2021, the clerical regime hanged two prisoners, Mohsen Mahdavian, 26, and Mehrdad Jalali, 40, in the central prison of Karaj after they had served four and five years in prison, respectively. A few days earlier, Ramazan-Ali Shahroudi, 35, was hanged in the same prison.

On Monday, another prisoner, Arsalan Moradi, a resident of Divandarreh (Kurdistan Province), was hanged in Birjand prison. On Saturday morning, April 10, Youssef Rashou Hashtian and Morteza Kabiri were executed in Urmia and Isfahan’s central prisons, respectively. On Thursday, April 8, two more prisoners were executed at Babol prison after serving seven and a half years in prison.

The Iranian Resistance urges the United Nations Secretary-General, the UN Human Rights Council, and its High Commissioner, as well as other human rights organizations and the European Union, to take immediate measures to save the lives of death row prisoners. It also calls for an international fact-finding mission to visit Iran prisons and meet with prisoners, in particular political prisoners. The clerical regime’s human rights dossier must be referred to the UN Security Council for its flagrant and systematic violations of human rights. The leaders of this regime must be brought to justice for four decades of crimes against humanity.

Secretariat of the National Council of Resistance of Iran (NCRI)
April 13, 2021