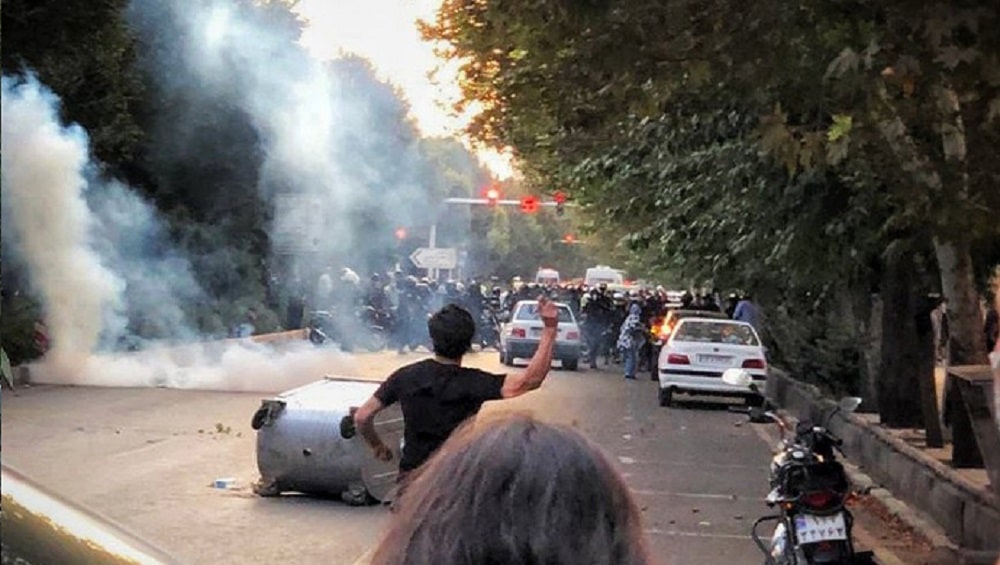 Despite the clerical regime’s brutal repression, the Iranian people’s nationwide uprising spread to 133 cities in 31 provinces on its eighth day and shook the regime’s foundations. Over 100 protesters have been shot and killed during the uprising by the revolutionary Guards (IRGC), the State Security Force (SSF), intelligence and plainclothes agents, and widespread arrests have been made and continue throughout Iran.

After a week of denial, in reaction to the widespread uprising, the religious dictatorship officially admitted to shutting down the Internet. Today, Issa Zarepour, Minister of Communications, said: “Due to security concerns and some issues that exist in the country these days, restrictions may sometimes be decided and applied by security agencies.” He added, “In recent days, there have been temporary restrictions in some places and at some hours.”

Yesterday’s reports about the nationwide uprising, which were received late due to the Internet interruption, imply the widespread dimensions of the uprising in different cities.

In Tehran, in addition to the previous reports, people came to the streets in different districts, including Eastern Ferdows, Shemiran, Tehransar, Sadeghiyeh, Ekbatan, and Takhti, demonstrating their resolve to overthrow the clerical regime. They chanted, “This year is the year of sacrifice; Seyed Ali will be overthrown,” “Say freedom, freedom, freedom,” “Down with this regime,” “Khamenei is a murderer; his leadership is null and void,” and “This is the last message: the goal is the system itself.”

In Behbahan, the demonstrators chanted: “Mullahs must get lost.” In Rasht, the protesters chanted. “Death to the oppressor, be it the Shah or the Leader (Khamenei),” in Jejin Square in Ardabil, people chanted, ” Khamenei, shame on you, let go of the country,” In Saveh, the rebellious youths set fire to a bus and closed the street to block the entry of the IRGC and plainclothes agents. The protesters in Tehransar barricaded the road and chanted, “Down with the principle of the Velayat-e-Faqih.” In Karaj (Sar Asiyab), the youths chanted, “Death to Khamenei, damned be Khomeini,” in Qaen, the demonstrators chanted, “Mullahs must get lost,” and the people of Malayer chanted “Death to the dictator.”