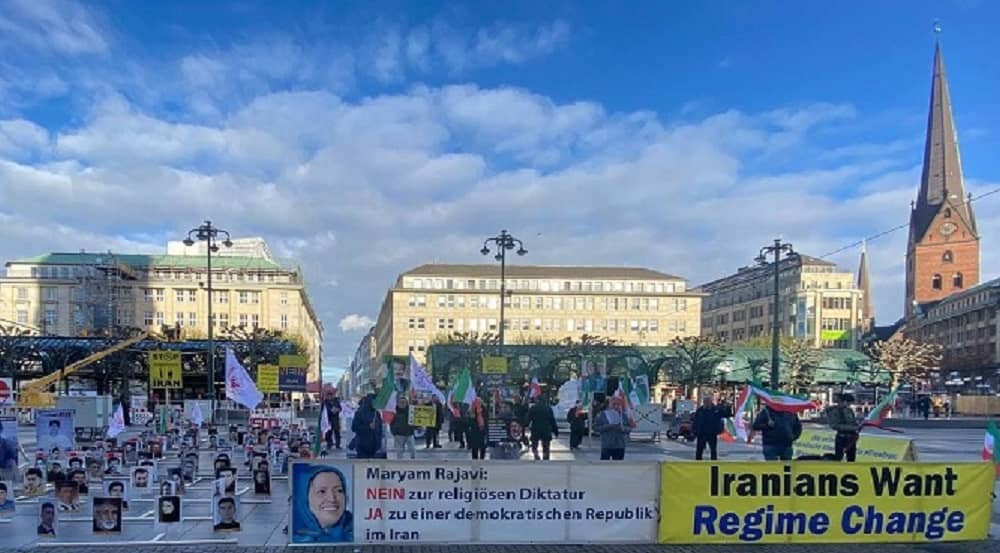 On the eve of the second anniversary of the November 2019 uprising in Iran, on Friday, Saturday, and Sunday, November 5-7, 2021, Iranians, supporters of the Mujahedin-e Khalq (MEK/PMOI) in 18 cities around the world in Europe, North America, and Australia held demonstrations and rallies to honor the 1,500 martyrs of the November uprising. The protesters called on the United Nations, European, and American governments to bring the perpetrators of this heinous crime to justice.

In November 2019, the outraged protesters against the religious dictatorship took to the streets in more than 200 cities in Iran. By Khamenei’s direct order, the Revolutionary Guards shot and killed at least 1,500 demonstrators in a matter of a few days.

The rallies and demonstrations were held in Paris, Hamburg, Munich, Frankfurt, Cologne, Stuttgart, Stockholm, Gothenburg, Malmo, Amsterdam, Copenhagen, Oslo, Melbourne, Sydney, Montreal, Toronto, Ottawa, and Bucharest. The supporters of the Iranian Resistance set up large exhibitions of photographs and memorials of the martyrs of the November Uprising in all the rallies and gatherings.

Among the slogans were: “The Iranian people demand the overthrow of the clerical dictatorship and the establishment of freedom and democracy,” “To honor the 1,500 martyrs of the November 2019 uprising, support the continuation of the Iranian people’s struggle for freedom,” “Condemn the repression, torture, and execution of Iran protesters,” “The United Nations must recognize the 1988 massacre of 30,000 political prisoners as genocide and a crime against humanity,” “The sacrifices of the November 2019 martyrs will stay alive in their comrades’ struggle for freedom,” “Maryam Rajavi: Let us rise up, with national solidarity, we will bring closer our freedom,” “Massoud Rajavi: Victory is ours, Tomorrow is ours,” “A call on the UN, Europe, and United States: Ebrahim Raisi and Khamenei must be tried for 1988 genocide and the 2019 massacre,” “Ebrahim Raisi should be prosecuted for the massacre of thousands of political prisoners, especially in 1988.” 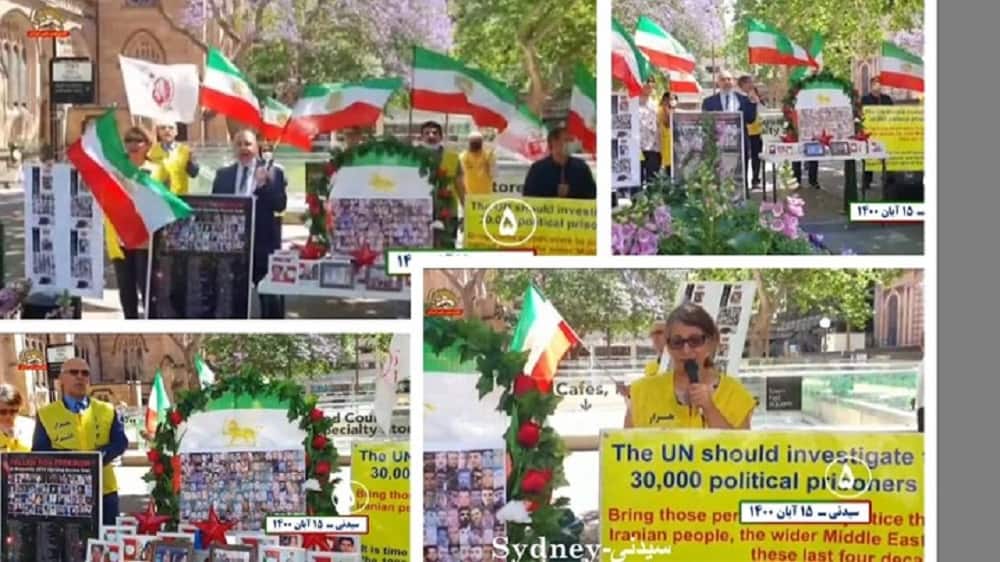 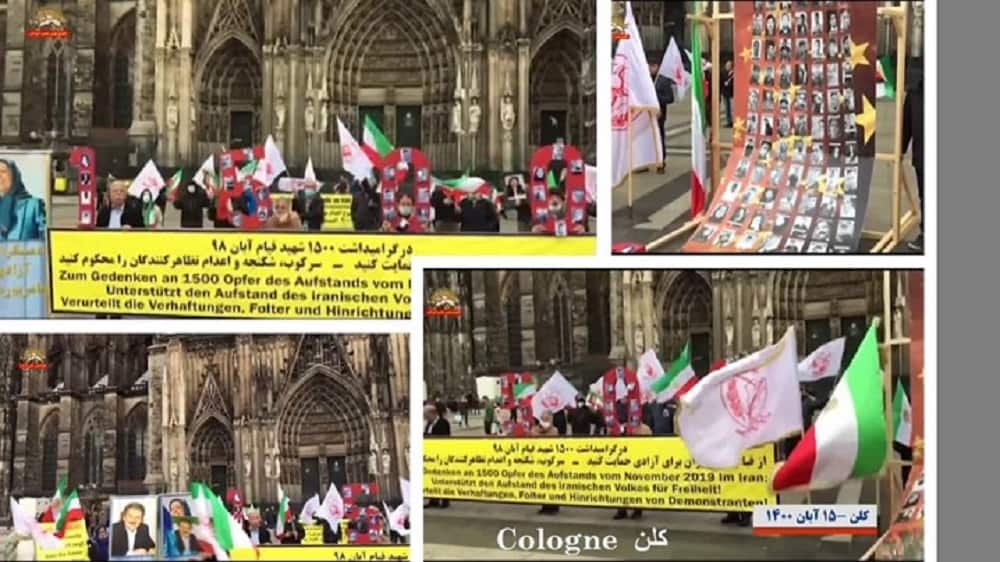 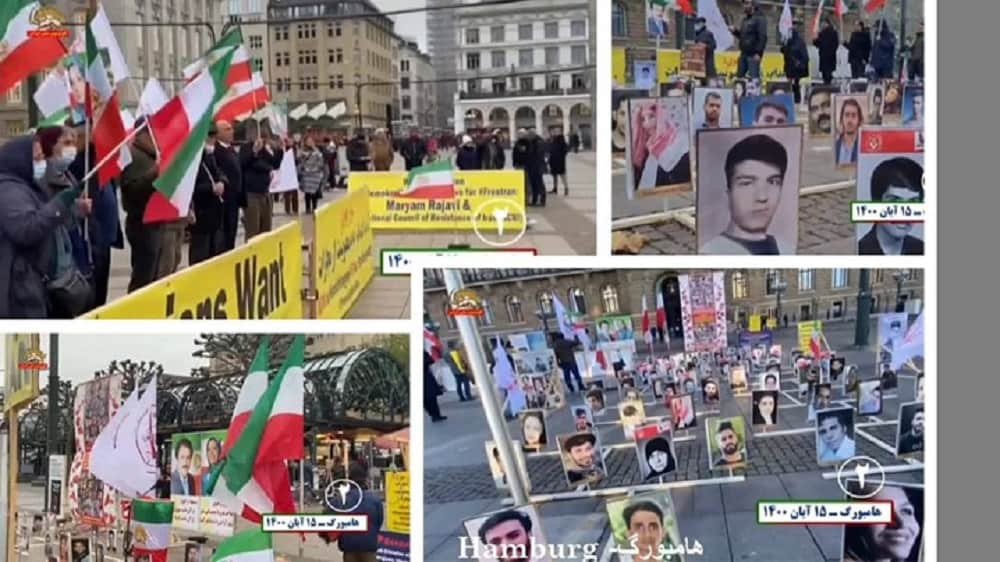 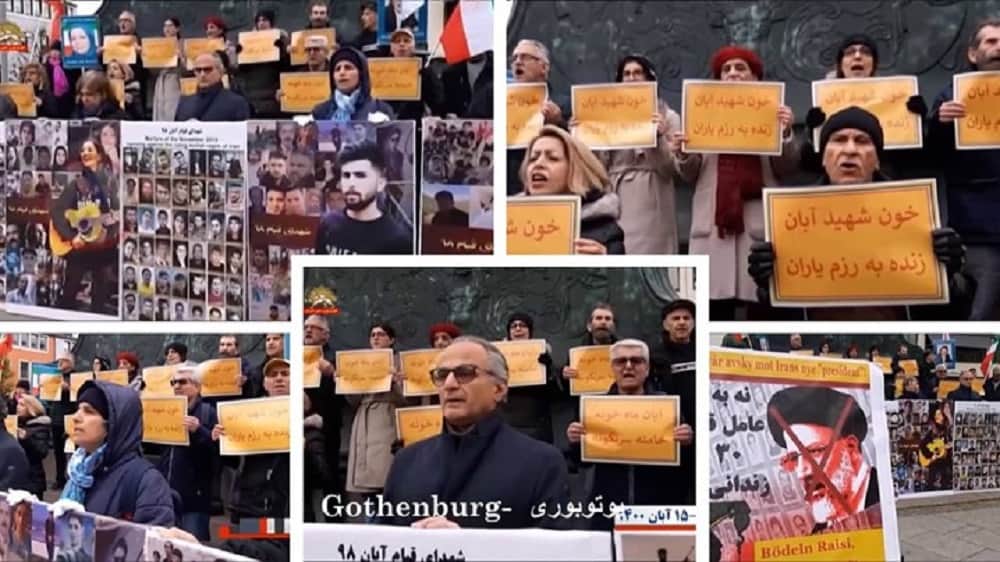 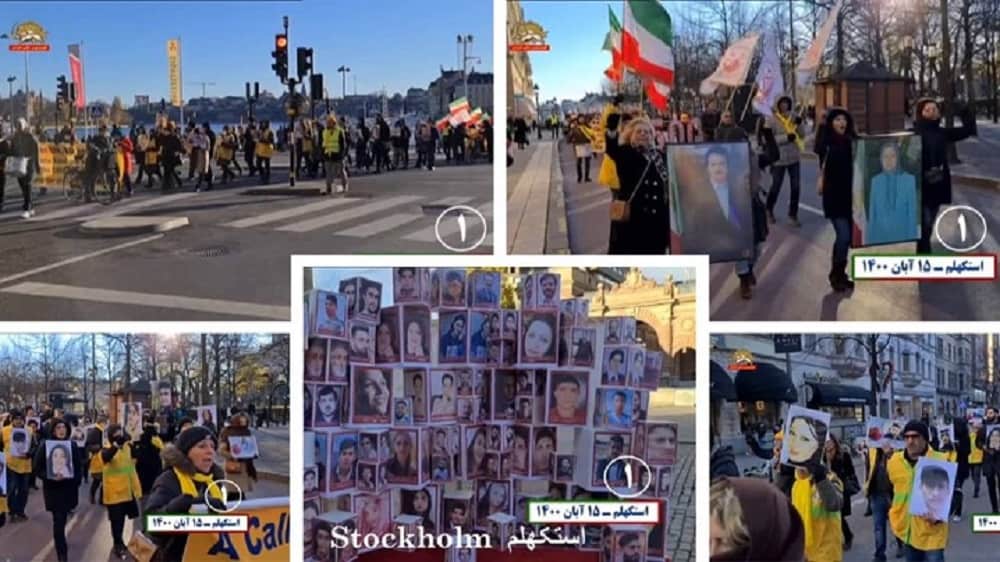 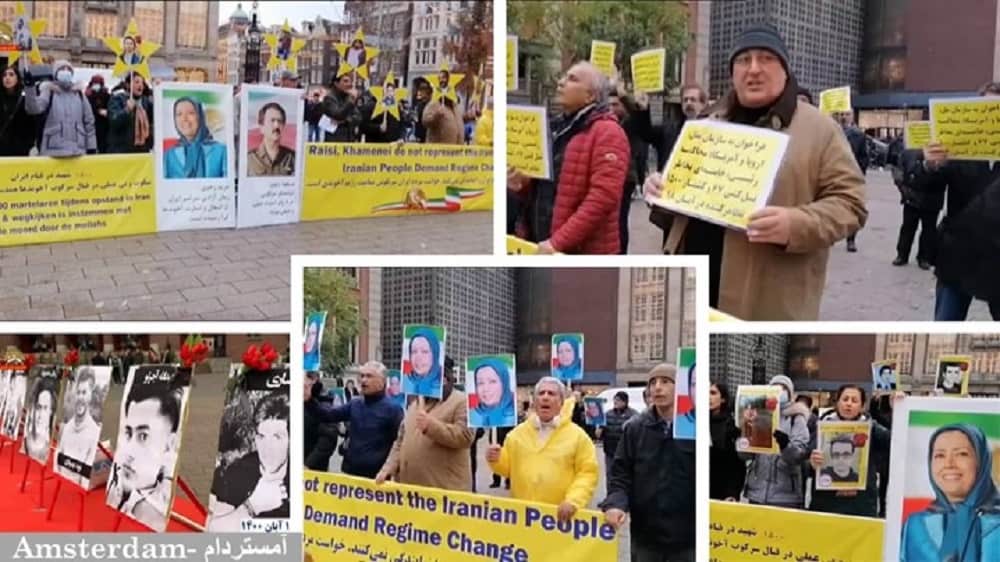 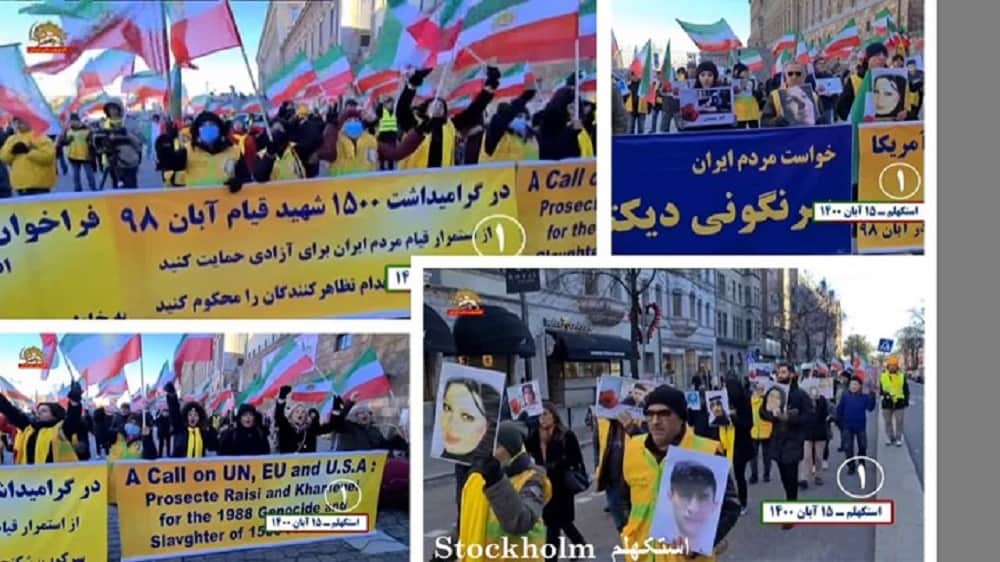 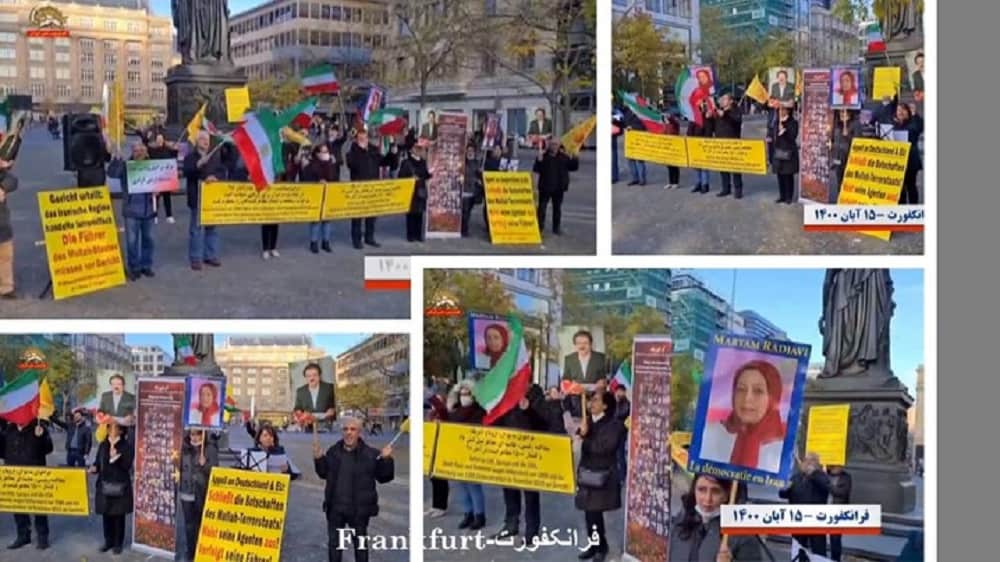 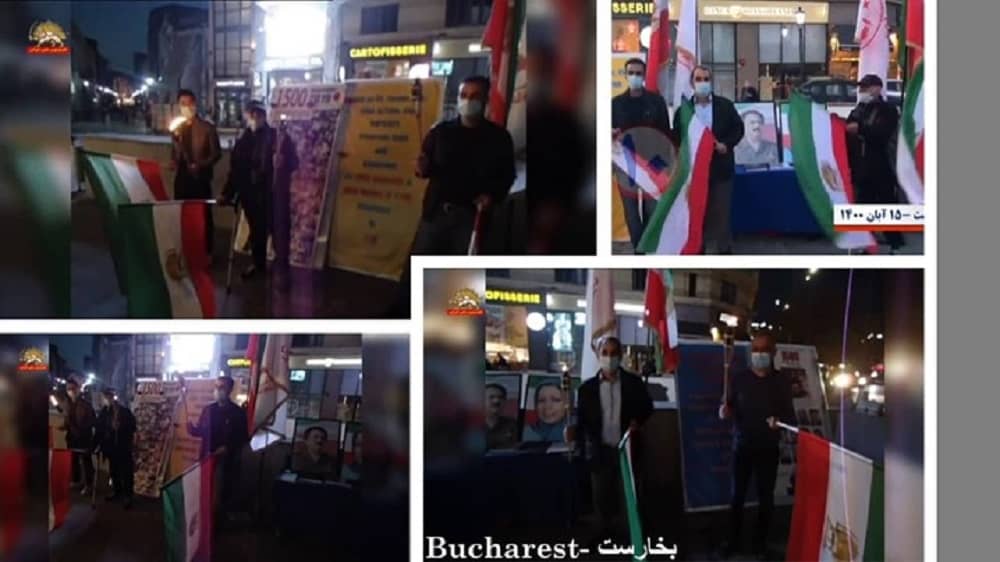 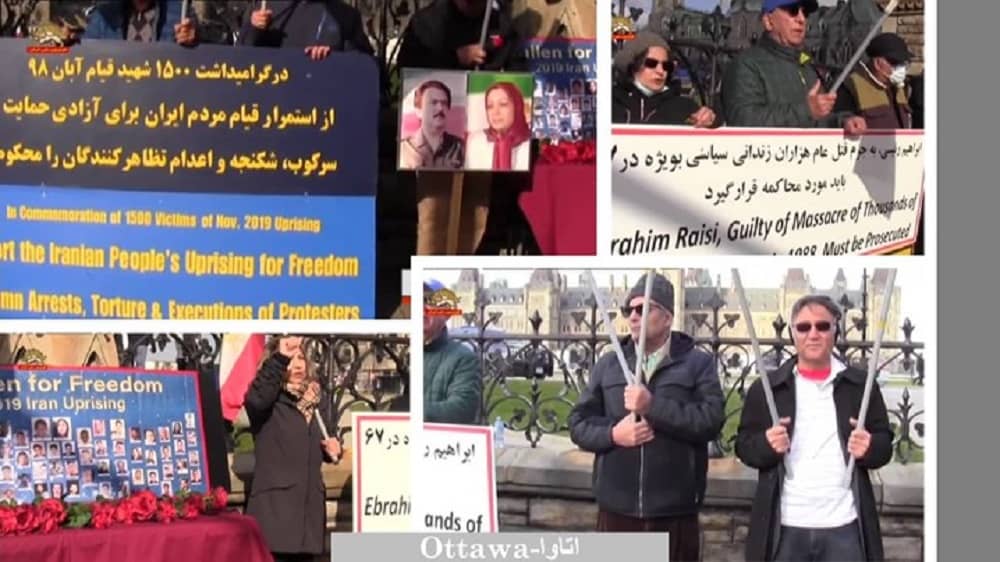 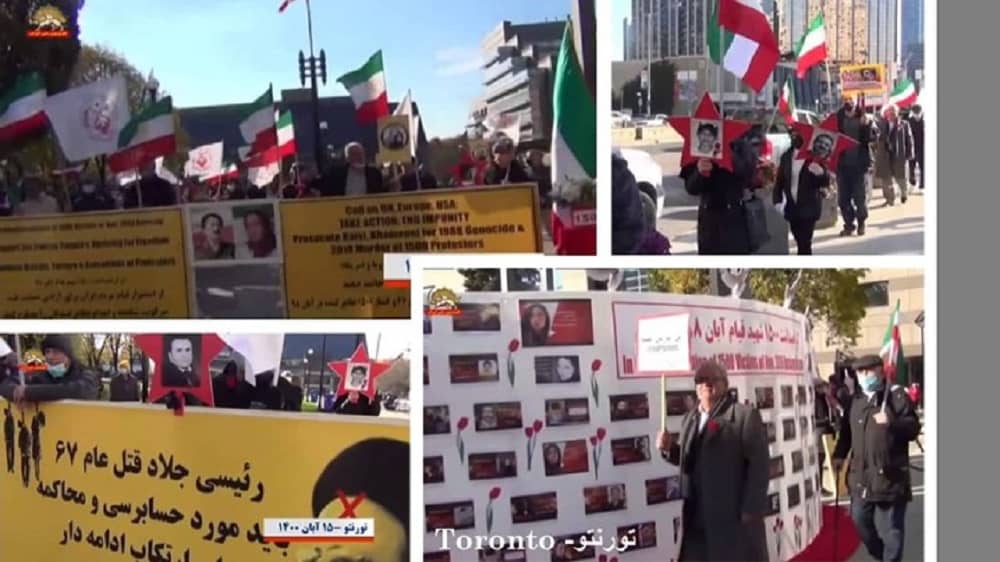 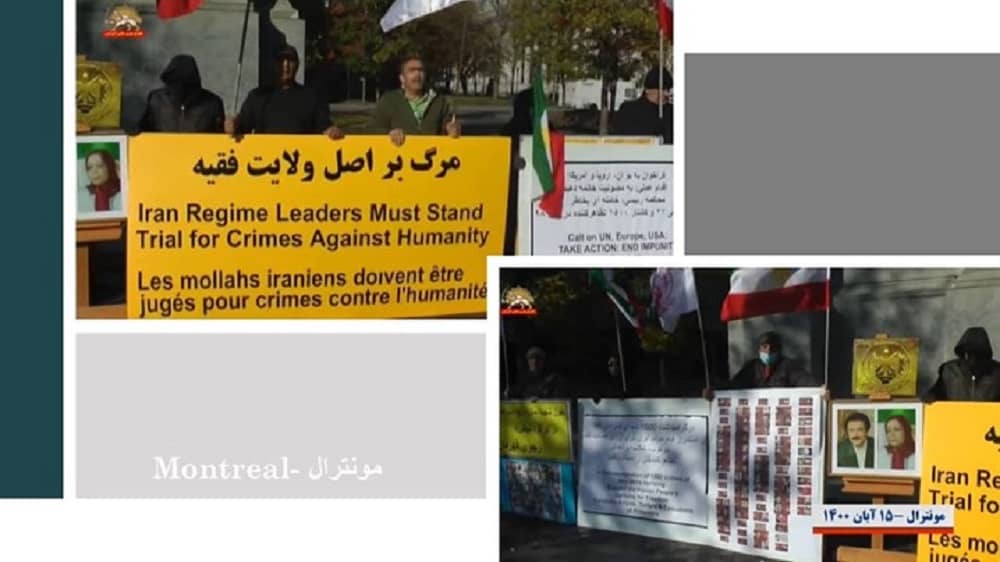 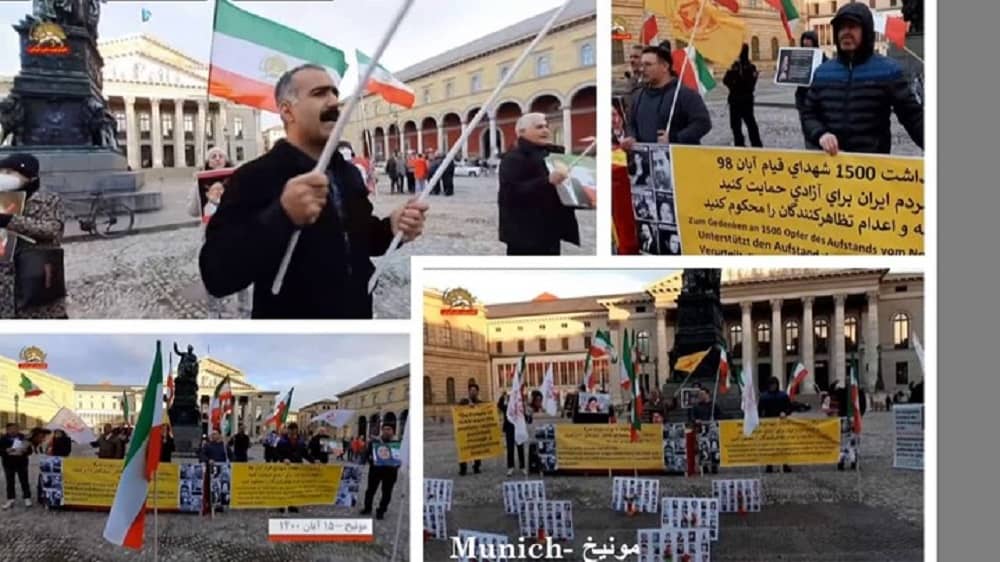 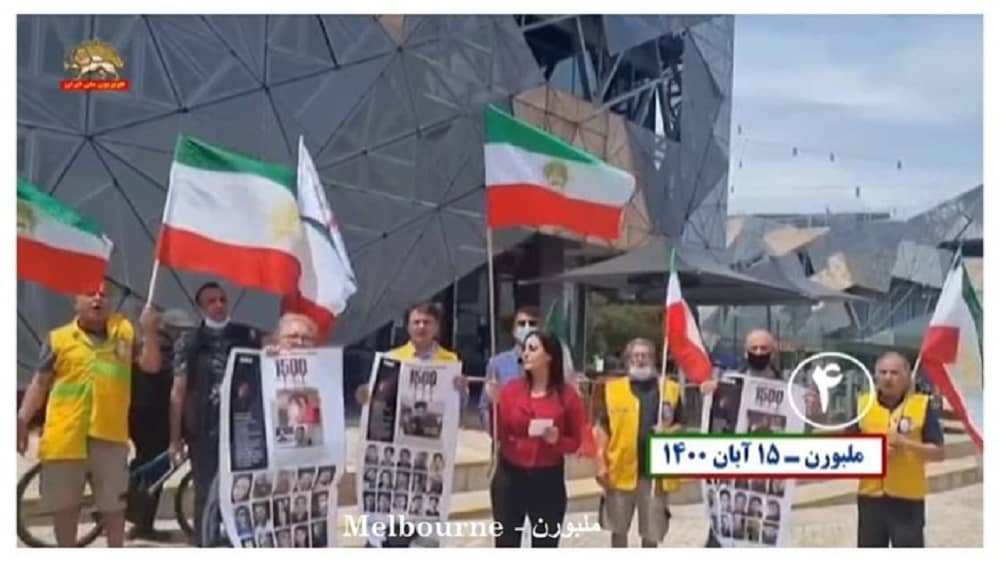 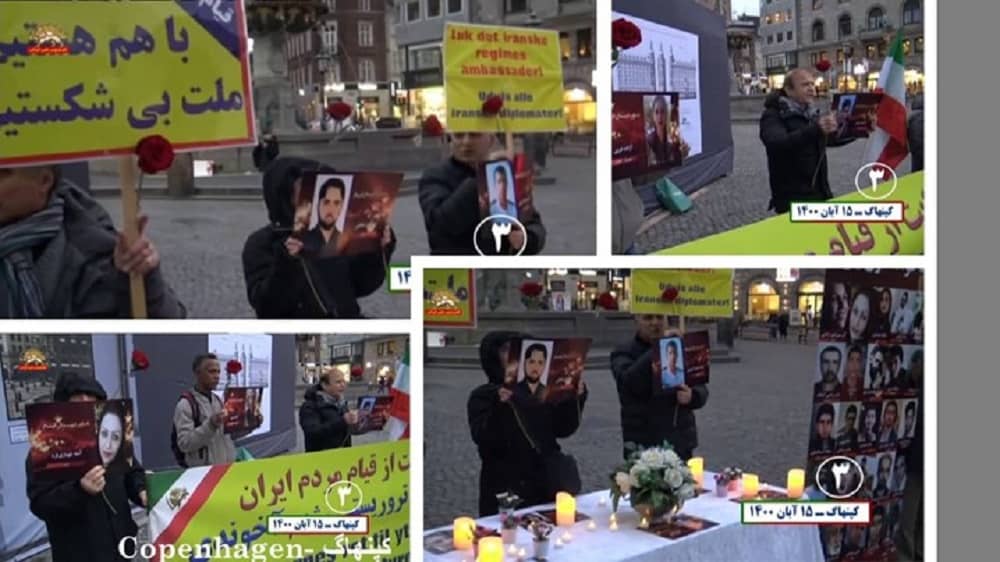 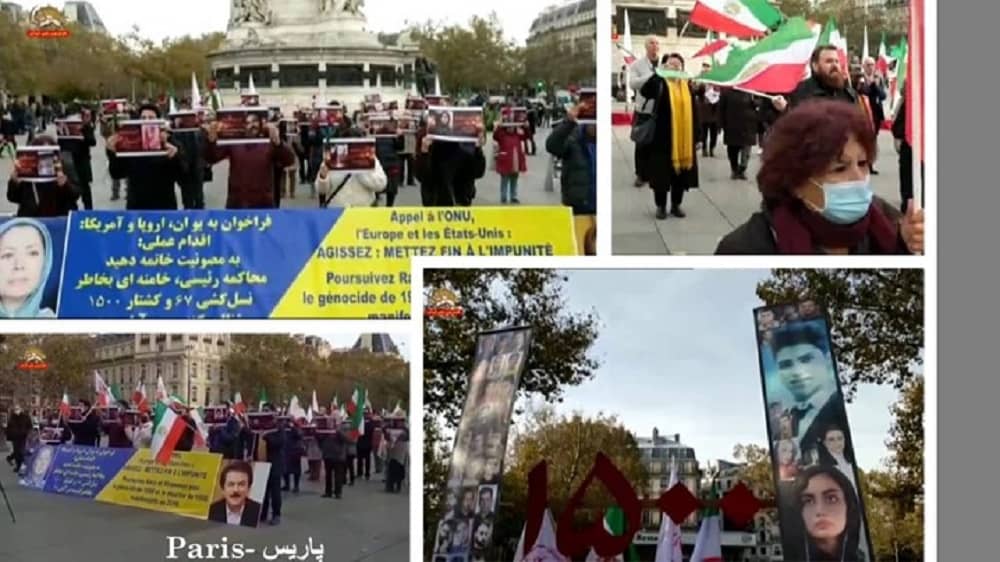