A Thousand Iranian Nurses Leave the Country Each Year 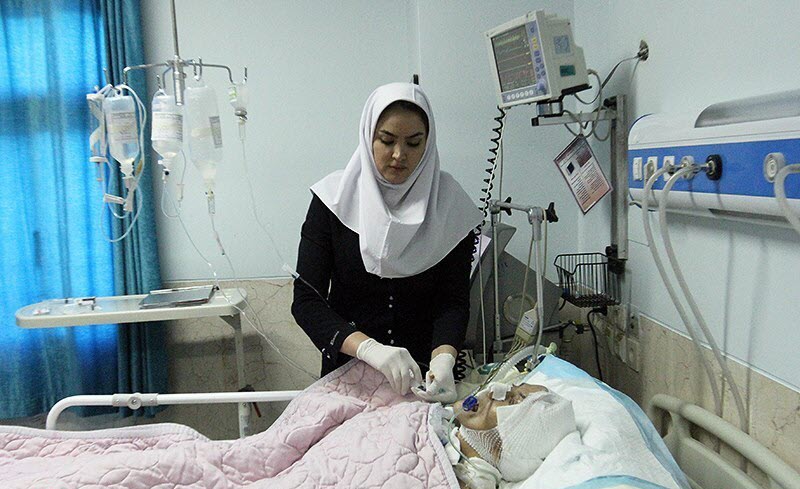 “All over the world, there are incentives for such stressful jobs. One of the reasons why Iranian nurses decide to leave the country to work abroad despite having to endure being away from home and family is that they don’t receive the attention they deserve,” says Mohammad Sharifi-Moghadam, Iran’s Nurse House Secretary General, in his interview with state-run ILNA news agency on May 30, 2018.

“What has irritated the nurses is discrimination,” asserts Sharifi-Moghadam, adding “when nurses are subject to this much discrimination, they prefer to leave their job and stay home. That’s why the number of nurses who have quitted their jobs is higher than those who emigrate from the country.”

Iran’s Nurse House Secretary-General points to the fact that nursing is a difficult and harmful job since nurses have to be constantly in touch with patients, saying “there have been several cases of nurses being beaten by patients’ companions last year, with a number of them ending up with broken nose, rib and neck. Also in 85 percent of cases the nurses have been disrespected and insulted.

“Over the past few years some nurses have been infected with such diseases like tuberculosis, HIV and hepatitis while taking care of patients, as hospitals’ personnel shortages have led to precautionary measures not being strictly followed.”

Pointing out that there’s no exact figure on immigrant nurses, Sharifi-Moghadam says “nurses attempt to emigrate through different channels, with some referring to employment agencies to find a job abroad. The figures we have in hand are only related to nurses who emigrate through the country’s Nursing Organization. Meanwhile, nurses who emigrate to Persian Gulf states or Turkey don’t have to receive Nursing Organization’s confirmation, and that’s led to an increase in the number of immigrant nurses in recent years.”

“There’s no exact figure on the nurses’ immigrating to other countries. As a ballpark figure, however, nearly a thousand nurses leave the country in different ways each year, mainly due to negligence of Health Ministry officials”, says Sharifi-Moghadam.

“Nurses in other countries enjoy both a proper income and a respected social position. Besides, healthcare system in many countries is functioning as a team. This is while nurses in our country are working in a system in which they are burdened the most while the money goes elsewhere.”

“There’s nowhere else in the world with such difference in income levels as the one that exists in our country’s healthcare system. There’s little difference between what doctors and nurses earn in countries other than Iran. In Saudi Arabia, for instance, doctors earn only 1.5 times more than what nurses do. This is while doctors’ income level in Iran is 60, 70 or even 100 times higher than nurses’.”

Previous articleWill European Companies Give in to Us Pressures Against the Iran Regime?
Next articleTo the Heroic Memory of Gholamreza Khosravi, 4 Years After His Execution by Iran Regime