Day 53 of Iran Protests: 704 of the Victims Have so Far Been Identified 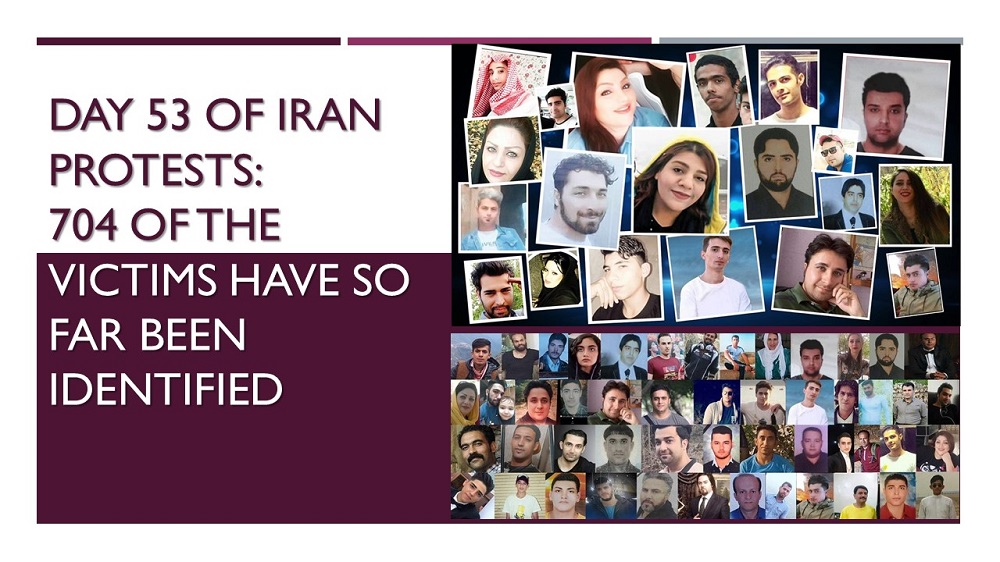 Iran Protests: 704 of the Victims Have so Far Been Identified by the MEK.

Written by Secretariat of the National Council of Resistance of Iran (NCRI) on 06 January 2020.

Monday, January 6, 2020, marks the 53rd day since the beginning of the nationwide Iran protests. The People’s Mojahedin Organization of Iran (PMOI/MEK) released the names of 59 more martyrs of the November uprising that swept 191 cities across Iran, bringing to 704 the number of those killed, who have been identified so far.

In the early morning hours of Monday, January 6, 2020, simultaneous with the clerical regime’s weeping ceremony for Qassem Soleimani, the terminated criminal terror chief of the Qods Force, defiant youth targeted the paramilitary Bassij base in Lavizan Street, north of Tehran, affiliated with the IRGC’s so-called Muhammed Rassoulollah Division. This division played a key role in the massacre of the people of Tehran during the nationwide uprising in November 2019. 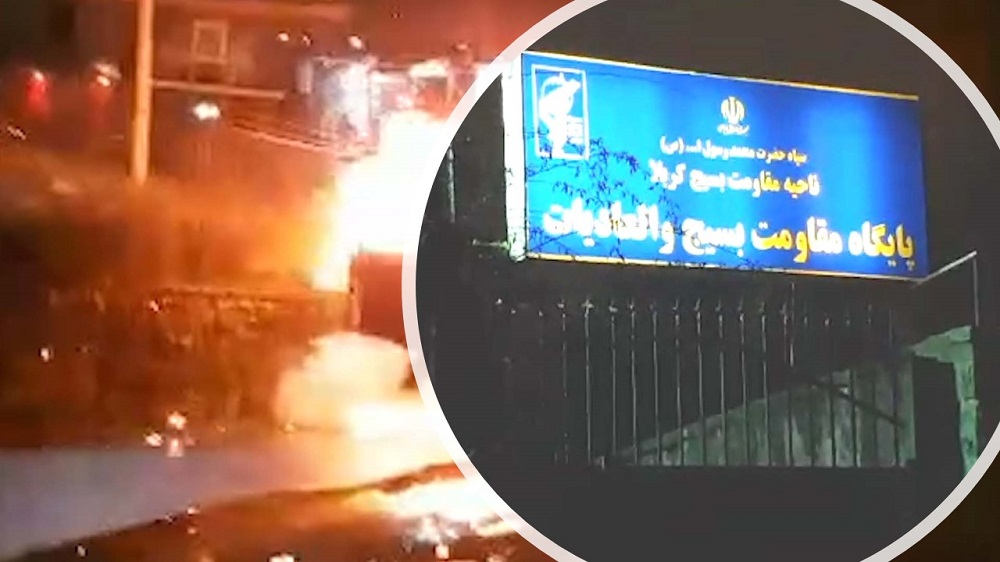 Maryam Rajavi: Elimination of Soleimani, responsible for murder of hundreds of thousands of people in the region, a crushing blow to the mullahs’ regime

In the early hours of this morning, January 6, 2020, Resistance units posted banners carrying pictures and messages of Mrs. Maryam Rajavi, the President-elect of the National Council of Resistance of Iran (NCRI), and Mr. Massoud Rajavi, the Leader of the Iranian Resistance, in Tehran, Isfahan, Karaj, Ahvaz, Kermanshah, Zanjan and Sari. 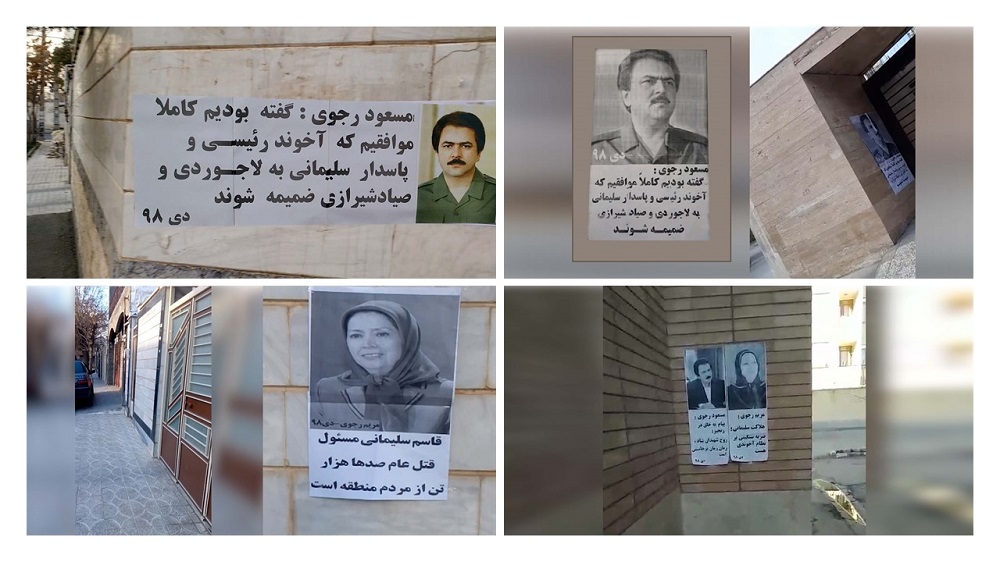 Mrs. Maryam Rajavi, the President-elect of the National Council of Resistance of Iran (NCRI), described the decision last night by the Iranian regime not to abide by “restrictions in the number of centrifuges, the capacity, percent, and level of enriched uranium and research and development,” in its nuclear program as a practical departure from the Iran nuclear deal, known as the Joint Comprehensive Plan of Action (JCPOA).

Freedom in Iran and stability and security in the region and world are intertwined. The road to all goes through the overthrow of the velayat-e faqih regime (absolute clerical rule).

In the early hours of January 5, 2020, defiant youth torched banners carrying pictures of the regime’s Supreme Leader Ali Khamenei, as well as a number of the paramilitary Bassij bases and the so-called seminaries in Tehran and other Iranian cities, including Karaj, Khorramabad, and Behbahan.

NAMES OF 59 MORE MARTYRS OF THE NATIONWIDE UPRISING

704 OF THE VICTIMS HAVE SO FAR BEEN IDENTIFIED

The People’s Mojahedin Organization of Iran (PMOI/MEK) released the names of 59 more martyrs of the November uprising that swept 191 cities across Iran, bringing to 704 the number of those killed, who have been identified so far.

Some 50 days after the uprising and despite domestic and international calls, the Iranian regime, fearing the repercussions of committing a crime against humanity, refuses to announce the number of those killed, wounded and detained. The latter are under brutal torture in different prisons to force them to make televised confessions.

LIST OF WOMEN KILLED DURING IRAN PROTESTS IN NOVEMBER 2019

On December 15, 2019, the Iranian Resistance announced that the number of those killed by security forces during Iran protests exceeded 1,500. At least 4,000 were wounded and at least 12,000 detained.

Then on December 23, 2019, citing sources within the clerical regime, Reuters confirmed that 1,500 people had been killed in Iran during less than two weeks of unrest that started on November 15. Reuters was told that about 400 women and 17 teenagers were among those killed.

WHO WAS THE VICIOUS CRIMINAL QASSEM SOLEIMANI

During uprisings in Iran in 2018 and 2019, protesters tore up and torched his posters in different cities.

Read more: Day 52 of the Iran Protests for Regime Change

Iran’s Lake Urmia Drying Up: Tip of an Iceberg of the Country’s Environmental Crisis