Day 51 of Iran Protests: Iranians Celebrating the Death of Qassem Soleimani in Iran and Across the Globe 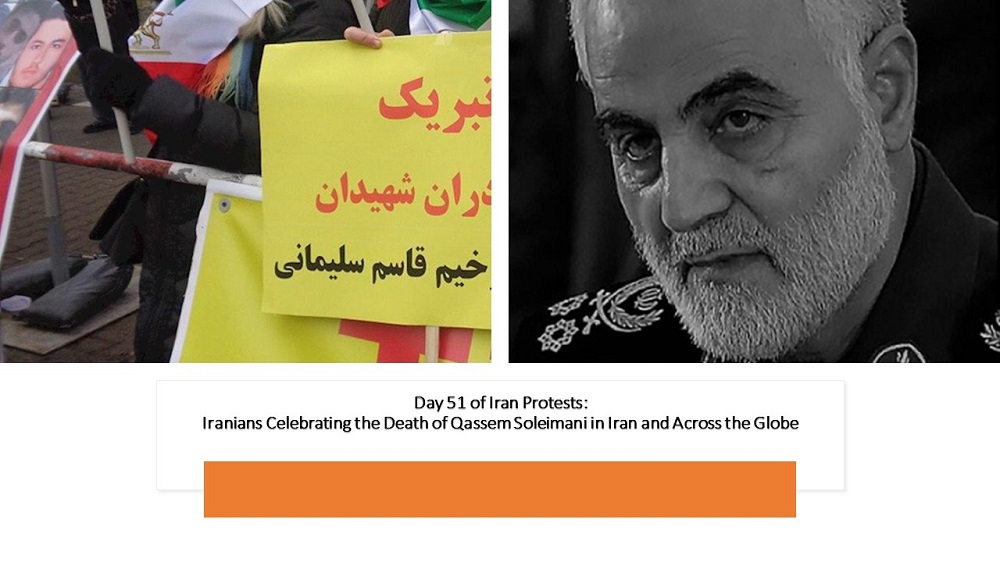 Saturday, January 4, 2020, marks the 51st day since the beginning of the nationwide Iran protests. Iranians celebrating the death of Qassem Soleimani in Iran and Across the Globe.

Members of “Resistance Units,” a network affiliated to the Iranian opposition People’s Mojahedin Organization of Iran (PMOI/MEK) inside Iran, continued their anti-regime activities marking the killing of Revolutionary Guards (IRGC) Quds Force chief Qasem Soliemani. Reports of Soleimani’s killing sparked joy among people in Iran and across the region, many seen rejoicing in the streets of Iraq and Syria.

Messages, posters of Resistance’s Leadership posted and distributed across the country

On Friday and Saturday, January 3 and 4, 2020, Subsequent to the elimination of the notorious IRGC’s Qods Force commander Qassem Soleimani, Resistance units posted banners carrying pictures and messages of Mrs. Maryam Rajavi, the President-elect of the National Council of Resistance of Iran (NCRI), and Mr. Massoud Rajavi, the Leader of the Iranian Resistance, in Tehran and other cities, including Mashhad, Tabriz, Karaj, Hamedan and Khorassan Razavi Province.

The banners read: “Soleimani’s elimination expedites regime’s overthrow,” “The Iranian people and Resistance have pledged to overthrow this regime,” “Rest assured that our nation will triumph,” “Iran will be free through the uprising and Resistance units,” “Bassij and IRGC centers must be demolished,” “The rebellion continues,” and “Flowers have blossomed from the blood of the martyrs,” 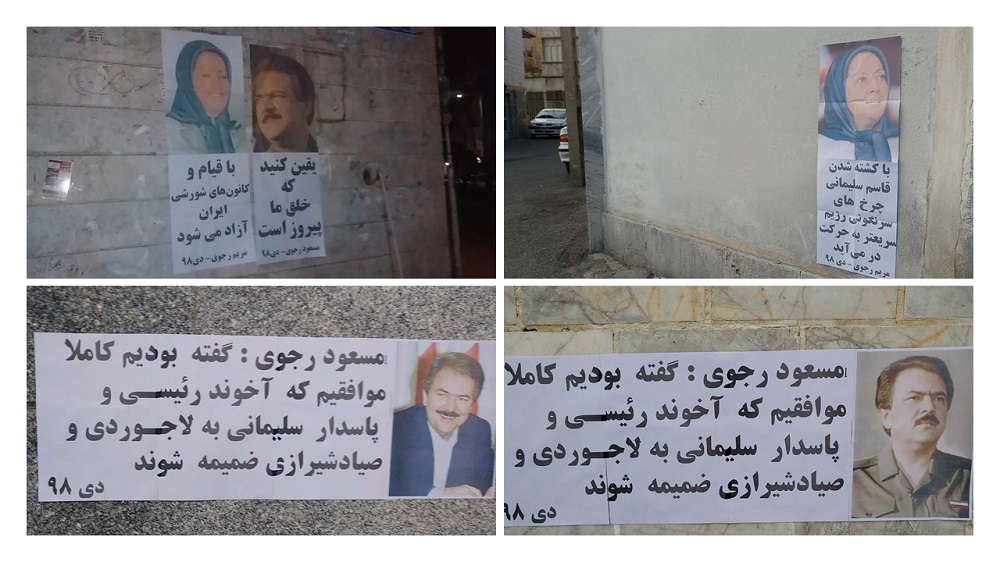 Event by Iranians/youth in capitals across globe. From Oslo in Norway they hold flyers reading: Freedom has emerged in the regional countries. This took place after death of Qassem Soleimani Singers from Resistance of Iran:Time of Revolution!

Read more: Day 50 of the Iran Protests for Regime Change

Previous articleKen Blackwell: Iran Officials Must Face Justice for Crimes Against Humanity
Next articlePeople in Iran and Across the Globe Celebrate Qassem Soleimani’s Death