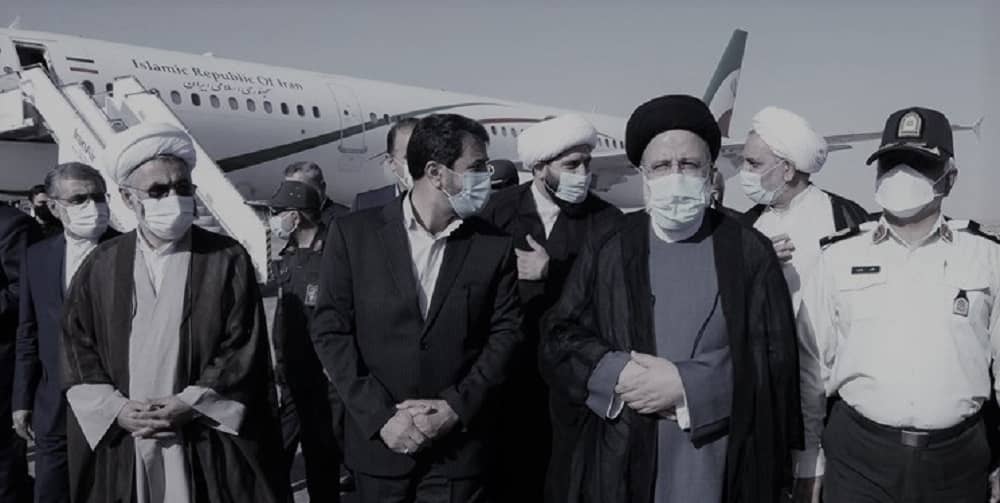 On Monday, the Iranian regime’s Foreign Ministry’s spokesperson announced that the regime’s president, Ebrahim Raisi, would not attend the COP26 U.N. Climate Change Conference in Glasgow. Responding to the reporters, the FM spokesperson claimed that ‘such a trip was not on the president’s agenda in the first place’. Refusing such a diplomatic opportunity for the regime that is desperately looking for international recognition for its president is a serious setback.

Once it became evident that Raisi would likely attend the COP26, the Iranian regime’s victims and a former MEP, Struan Stevenson, made a formal request for Raisi’s arrests. This formal request was made due to Raisi’s dark history of human rights violations. Raisi is known for his role in the 1988 massacre of over 30,000 political prisoners. The formal request made by the Iranian activists and Mr. Stevenson received wide media coverage.

“A formal request has been made to arrest the Iranian president for crimes against humanity if he attends Cop26 in Glasgow,” the Times reported. “Human rights campaigners, victims, and relatives of those who have been tortured and executed by the Iranian regime have called on Police Scotland to investigate Raisi under the legal concept of universal jurisdiction. It means that human rights violators of any nationality can be charged in any country, regardless of where the crimes were committed,” the Times added.

The Iranian Resistance also held a press conference on October 13. This event was attended by former political prisoners, the regime’s victims, and Mr. Stevenson. Tahar Boumedra, former Chief of the UN Human Rights Office in Iraq also attended this event. Mr. Boumedra also underlined that “We filed the first complaint on July 2, 2021. We believe that justice delayed, is justice denied.”

There have been amplifying calls for holding Raisi accountable for his role in the 1988 massacre, as well as the crimes he committed as the regime’s Judiciary Chief from 2019 to 2021, mainly during the major Iran protests.

These activities include ongoing protests in different parts of the world. On the eve of the 19th World Day Against the Death Penalty, Iranians and supporters of the People’s Mojahedin Organization of Iran (PMOI/MEK) condemned human rights violations and increasing executions in Iran by holding a series of rallies in 21 cities in 12 different European countries, the U.S. and Canada. They urged the international community to hold the Iranian regime officials, mainly Raisi, accountable for crimes against humanity.

Raisi was selected by the regime’s Supreme Leader, Ali Khamenei, to consolidate power in the regime. The regime’s sham presidential election met an unprecedented boycott by Iranians who have been suffering at the hands of Khamenei, Raisi, and their ilk for the past 43 years.

The public hatred toward the regime of mass murderers is growing daily. While Raisi could hardly travel to a country where he would not be under scrutiny for his crimes against human rights, Iranians reject him wherever he goes. In other words, wherever he goes, protests follow.

On Friday, Raisi visited Bushehr province in southwest Iran to “examine and find solutions to the province’s problems,” as the state media claimed. Yet, despite the fake reports by state media of people “warmly welcoming Raisi,” Raisi once again was greeted by angry people who protested his presence.

Locals showed they were fed up with regime officials and their hollow promises to address people’s grievances. Reports from Bushehr indicate that people marched toward the airport where Raisi’s plane would land and chanted slogans against his policies, including “justice is a lie,” rejecting his claims of combatting corruption.

Raisi’s trip to the province of Kohgiluyeh and Boyer Ahmad ended up in the same scene. When his vehicle reached the Tang-e Sorkh region of Boyer Ahmad, the people blocked his path. The situation reached a point that the official IRNA News Agency reported: “The people were chanting angry slogans and sometimes using profane language to voice their demands. The people were very outraged.”

These protests show how Iranian people hate the regime. It also shows that Khamenei has failed in its ultimate goal of suppressing any voice of dissent by appointing Raisi as president and handpicking a cabinet of thieves and terrorists. As a testament to the latter fact, since Raisi’s presidency, social protests have expanded across Iran.