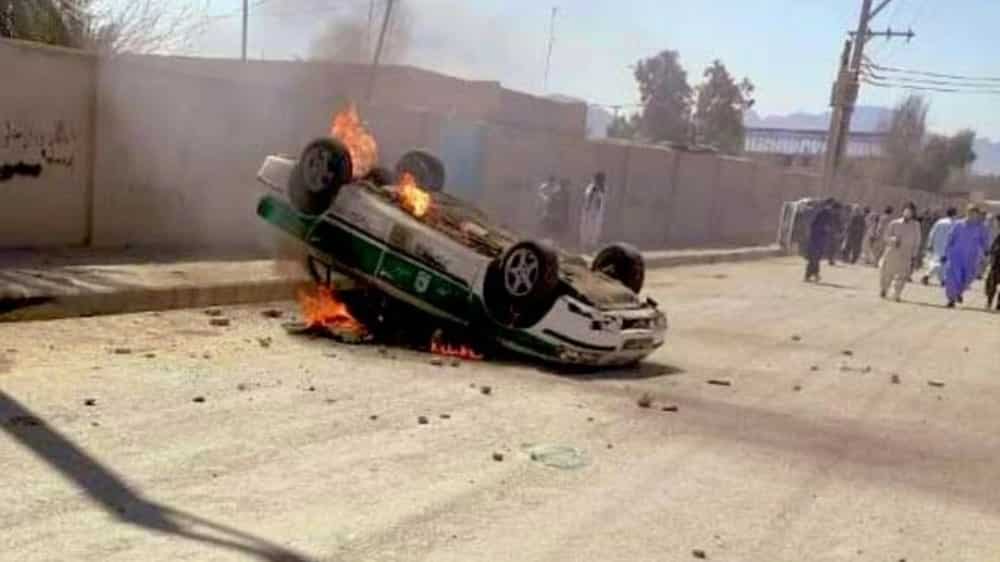 The Iranian people have suffered from the most severe economic and social crises in the last century. According to Iran’s state media, this situation worsens daily, turning society into a powder keg.

“Income inequality, inflation, and annual unemployment have pushed more people into the swamp of poverty,” wrote the state-run Setareh Sobh daily on October 12.

“Inflation is a serious cause of poverty in Iran. In early 2003, Iran’s inflation rate was close to 40 percent. The devaluation of the country’s currency has led to rising unemployment, which has left many Iranians in poverty. Iranians have witnessed prices skyrocket. The prices have jumped from 55 percent increase to more than 100 percent.” Setareh Sobh adds.

According to Setareh Sobh daily, the regime “has increased inflation by printing banknotes to compensate for the budget deficit. Banknote printing increased the liquidity rate, and since the high volume of liquidity was much higher than the country’s production rate, the inflation rate increased dramatically.”

Due to the rising inflation rate and skyrocketing prices, people hardly make ends meet. According to the state-run Hamdeli daily on Tuesday, “The psychological state of the society is so restless and is manifested daily in different forms of violence.”

“Just a few months ago, Ali Asadi, deputy director of the Ministry of Health’s Office of Mental Health, Social Affairs and Addiction, stated that about 15 million people in the country have mental disorders. He also announced a shocking statistic on the number of people who do not know they have a mental illness. According to him, 25% of the people in the country suffer from mental disorders, 60% do not know about their mental illness, and 40% do not go to the doctor despite being aware of their mental disorders,” Hamdeli wrote.

“Recently, the Iranian Student Opinion Polling Center (ISPA) published the results of a poll that showed that about 59% of citizens have no hope for a better future for the country. In this poll, 28.8% also believed that the situation in the country will be worse next year,” Hamdeli adds.

The rising number of suicides in Iran is a testament to the Iranian people’s unhappy life under the mullahs’ regime. The ongoing social and economic crises have indeed increased the people’s anger toward the regime. This fact was confirmed on Sunday by MP Mohammad Hassan Asafari. Asafari acknowledged that the “army of unemployed youth” is a threat to the entire system.

Asafari warned: “Today, a serious problem we have is the unemployed youths. I am talking about the youth who have studied and obtained excellent degrees but have a hard time finding jobs. Today, the concern of all families is the unemployment of their children, and if the parliament and the government fail to address this issue, adding to the fact that we are already facing a large army of millions of unemployed youths, this would be the greatest threat to our country.”

The state-run Arman daily on Tuesday reflected the regime’s fear of the people’s backlash. “Officials should accept that people live in the heart of society. Therefore, they feel the existing realities with their skin, flesh, and bones and of course, their five senses. They know they will become poorer over time,” Arman daily wrote.

The state-run Arman daily also underlined that the regime’s oppressive measures would no longer be able to control Iran’s restive society. “If rulers threaten the society, they’ll get threaten themselves. If the rulers hunt [people], they’ll be hunted themselves,” it wrote.