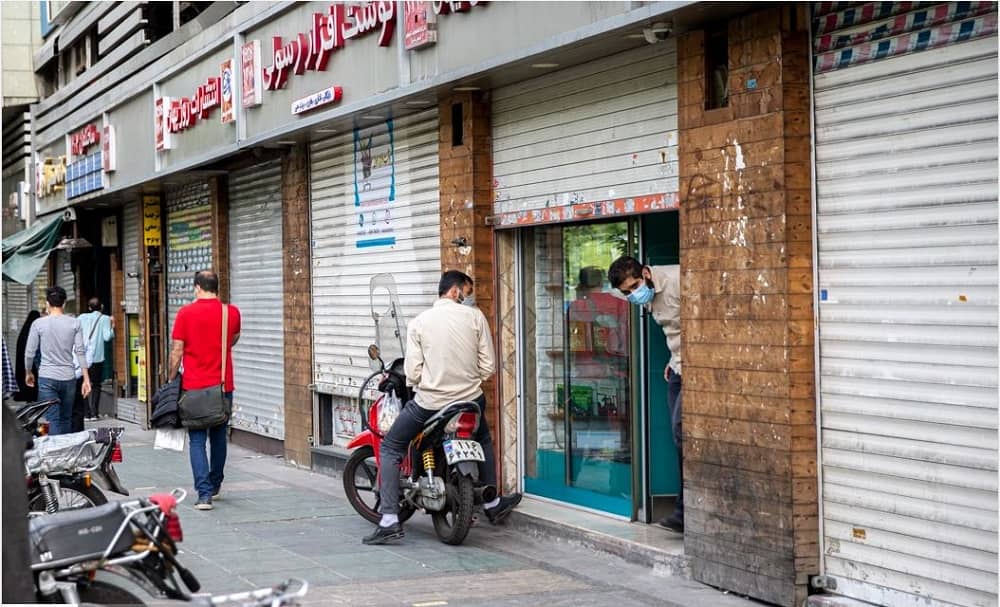 Iran’s economic crisis, such as inflation has reached a critical point due to the regime’s corruption and wrong policies. The state media have confirmed this fact. These crises continue to worsen as the regime’s new president, Ebrahim Raisi, gets ready to assume office.

This issue should be a priority of the future government. People today live in hardships. Therefore, there should not be a situation that those living under poverty lose their trust in [the regime],” wrote the state-run Setar-e Sobh.

On Sunday, the state-run Jahan-e Sanat acknowledged that “The price of 71% of food items have  passed the crisis level.”

“The current state of the commodity market is deplorable, and its future is extremely worrying. The government cannot control the market. The critical market situation and rising commodity prices are clear examples of this lack of control over the economy and markets,” Jahan-e Sanat article wrote.

“According to a recent report by the Ministry of Labor’s Center for Statistics and Strategic Information, last June, the average price of about 71 percent of selected items was above the critical price range, indicating that item prices were spiraling out of control. This will skyrocket the inflation,” Jahan-e Sanat’s article adds.

“We are really on the verge of severe uncontrollable inflation. Currently, financing, energy supply, services, public budget, social services, and the world exchange system are the six priority problems of the country, whose functions are currently completely disrupted,” Jahan-e Sanat wrote, quoting Massoud Nilly, one of the regime’s economists.

According to Jahan-e Sanat, “Some commodities have crossed the critical inflation mark. Comparing the average price of food items in this month with the same month in the previous year shows that in two cases of selected food items, the changes were more than 100%. The highest price increase belongs to pasteurized butter (121.4%), chicken (118.8%), and liquid oil (89.0%).”

The real cause of inflation in Iran is the rampant banknote printing, which has increased the liquidity, causing super inflation. Iran’s current liquidity rate is above 3.5 quadrillion tomans or nearly $150 billion with the current exchange rate at the free market.

“Simultaneously with the growth of 228 trillion Tomans of liquidity, since the last year, the statistics show a 2 to 5 times increase in the price of 25 items. It is noteworthy that the simple and cheap food of the past has now become a luxurious item on the menu of restaurants,” wrote the state-run Hamdeli daily on Sunday.

Hamdeli acknowledged that based on “the latest statistics released by the Ministry of Industry, Mines and Trade show that the prices of 25 goods have increased by about two to five times in the second month of spring this year alone. It is said that the prices of some types of livestock and poultry feed, rice, oil, poultry, as well as metal and rubber in May this year have increased by more than 100% and between two to more than five times and 40 goods including meat, rice, dairy, Beans, sugar, and tea became more than 50% more expensive.”

The regime cannot resolve Iran’s economic crises since it has created them through corruption and wrong policies. The daily protests in Iran against the regime’s corruption and the recent nationwide boycott of the regime’s sham election are testaments that Iranians see regime change as the only solution to their problems.

Previous article
Amid Protests in Khuzestan State Media Acknowledge Source of Crisis and Its Consequences
Next article
Iran: Staggering Number of Corona Victims Is More Than 332,800