Increase in Fuel Prices Sparks Fire of Unrest in Iran

Written by Mahmoud Hakamian
8th May 2019 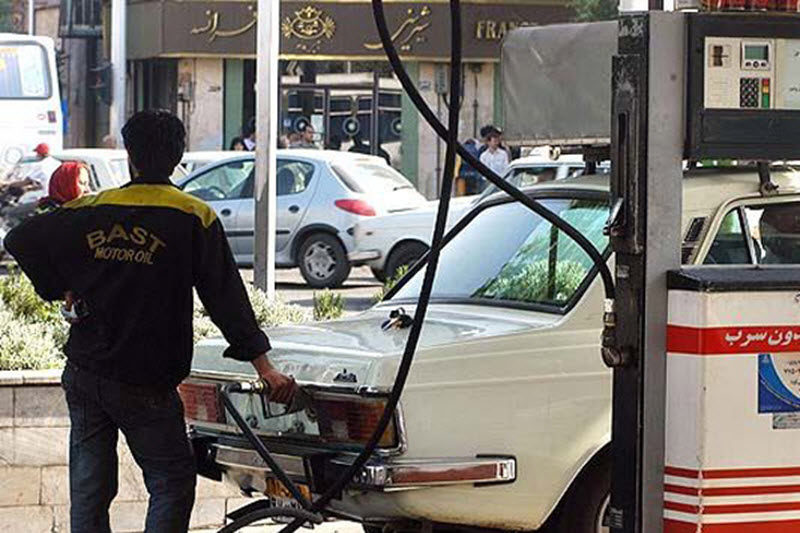 On Monday, the open-door session of Iran’s Majlis (parliament) began behind closed doors where members discussed the consequences of increasing gasoline prices and subsequent fuel rationing.

Although the regime had previously announced a May 2nd price increase, fear of a public backlash caused the regime to back down. However, chairman of the Majlis National Security and Foreign Policy Commission, Naghavi Hosseini, took this sensitive subject to the open-door session.

Hosseini said, “Increasing the price of gasoline means setting fire to the haystack of social discontent and creating a second wave of cost increases in the already volatile and uncontrollable market that the state is right now facing.” He added, “We must not, under any circumstances allow the prices to increase.” Hosseini also accused some members of the government of defecting.

Another Majlis member and the head of “Fight Against Economic Corruption Group”, Amir Khojasteh, asked, “It is not clear who runs the country, and it is not clear who is setting the limits? Everything is in shambles and nothing is placed on its original place. There is a strange confusion in the society and nobody seems to take responsibility or is even able to face it.” He listed a number of the regime’s mismanagement of recent crises.

Khojasteh explained, “On one hand, we export high-quality sheep to Pakistan and neighboring Arab countries under government supervision. And on the other hand, we purchase meat paying 42,000 rials for it and sell it to the consumer with a price tag of 1,200,000 rials.” He also revealed, “We portray ourselves to the world as a system unable to manage and run the country. In other words, we are losing currency by sending it outside the country while we also lose our raw material. This is not the meaning of correct management.”

He continued, “This is not how to manage the economy. There is heavy pressure on the people. People are being crushed under the weight of all these pressures. They have to deal one day with the issue of gas price increases, then the next day the price of onion goes up. The price of onion, which was 8,000 rials yesterday, suddenly jumps up to 15,000 rials the next day. One day the price of sugar sits at 3,000 rials. Then all of the warehouses start to stack up on sugar. A few days later the price of the same sugar doubles or even rises to 7,500 or 8,000 rials. Bazaar management is controlled by dealers. This is not the doing of foreigners. This is not the Americans doing this to us. We export sheep and then import 50,000 sheeps ourselves and call it an honor or glory for us. Our vegetables and other produce are rapidly being sent to Iraq? What a mess!” Khjasteh continued to say. He shouted, “The price of gas must not go up. You showed that with the increase in the price of gas, the price of everything else would go up, too.”

Another Majlis member, Soheila Jelodarzadeh, brought up the issue of workers and pensioners not receiving their paychecks. “Workers and pensioners are not being paid even half of their daily salaries. There is no way people can continue like this. It reminds us of the Middle Ages and the workers’ poverty. These workers cannot find an adequate home even in the most impoverished parts of town. The phenomenon of homeless pensioners is another issue materializing before our eyes. We pride ourselves for being Muslim, but non-Muslims are advancing far beyond us. Their banks don’t charge skyrocketing interests, the value of their currency does not depreciate so drastically as ours does and their industry do not go bankrupt.”

The day before, Jafarzadeh Eamenabadi, a Majlis member affiliated to the Rouhani faction said, “People are feeling that nobody is thinking about them and they are forgotten. They think that they are left alone in the cold and witness the exact opposite of all the promises and pledges they hear from us.” Speaking to the rival faction, Eamenabadi said, “The government is of course in shambles. If we threw a couple of punches at its jaw and stomach, what would be left of it? Therefore, we have to keep the government on its feet with any possible means available. Be it advice, counseling, or even punishing. You know many of the ministers have defected. If they allow others to resign, I can promise you that at least another three or four ministers are ready to resign.” Eamenabadi added, “People are very concerned, frustrated and angry. When they see me they talk about things that I cannot reveal. The situation is extremely dire.”