Iran: Currency Redenomination Is Not Going to Resolve Economic Crisis 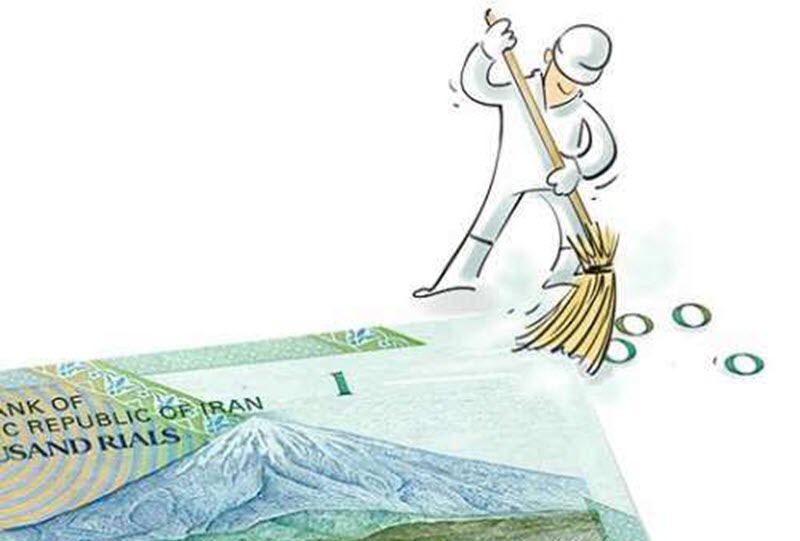 Iran is planning to take measures to ease the economic pressure it is under. Last year, the United States withdrew from the 2015 nuclear agreement and re-imposed sanctions that have had a major effect on the country’s economy.

Iran plans to get rid of four zeros from the rial, making the official exchange rate with USD 4.2 instead of the current 42,000. However, to the ordinary person in Iran, this will make no difference because the rial’s value is much less. Only a few days ago the dollar was trading at 120,000 rial on the black market.

The governor of the Central Bank of Iran (CBI) Abdolnaser Hemmati announced at the beginning of the month that he notified members of parliament that a redenomination bill has been submitted to the government for review. He said that replacing the national currency will take around 24 months from the moment the bill passes through parliament to the printing of new banknotes after the old ones have been taken out of circulation.

Only two years ago, the President Hassan Rouhani’s cabinet attempted to remove a single zero from the currency. At the time, officials claimed that they were not trying to redenominate the currency, stating it was simply a measure to facilitate everyday transactions. The measure, despite being approved by Rouhani’s cabinet, was eventually rejected last September for being too expensive and insufficient.

Over the years, inflation has been a constant concern and it has barely been in single digits since the 1979 revolution.

Currency redenomination has been brought up by officials on a number of occasions since the 1979 revolution. During President Mahmoud Ahmadinejad’s time in office, an attempt to remove three zeros from the currency failed. Officials at that time were sceptical about how the plan would be implemented.

Before that, currency redenomination was discussed in 1994 at a time when there were concerns about hyperinflation (inflation was at 49 per cent).

In September last year, the rial hit 190,000 on the black market. This is the lowest it has ever been and it sparked a currency crisis. The central bank intervened and it was able to slightly recover the situation, but even now the rial trades at approximately 120,000 to the USD.

Although the currency redenomination would not solve any of the problems the country is facing, it is very clear that the whole banking system is in need of reform.

Redenomination may have a positive effect on the people of Iran, but it will only be superficial and temporary. The psychological effect, though initially positive, will not last long because they are more than conscious that the corrupt regime has been plundering the nation’s wealth for years. Many will be sceptical to any measures that are taken by the government.

Indeed, the people of Iran are becoming more and more impatient with regards to the clerical regime ruling the country. Throughout all of last year, the people were calling for their leaders to leave Syria and to concentrate on domestic issues. They called them out for decades of corruption and protested against their dire economic and social situation.

Whether the regime can do anything to improve the mess it has created remains to be seen. That is, if it is given the chance to make a difference. If the determined people of Iran have their way, the regime will collapse. And sooner rather than later.