Iran: Economic Crisis and Its Outlook in New Persian Year 1400 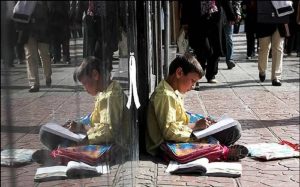 Iranians have started the new year while they are still grappling with poverty. Iran’s statistics center announced on Sunday that the twelve-month inflation rate until the end of the Persian Year of 1399 (2020-2021) had reached 36.4% like the last year. The inflation rate in 1399 is higher than the latest forecast of the International Monetary Fund (IMF) about Iran’s previous year’s inflation rate.

In its latest report, the IMF had predicted that Iran’s inflation rate is 30%. According to the Statistics Center of Iran report, point-to-point inflation in February (price growth in February 2021 last year compared to February 2019) was about 48.7 percent.

The point-to-point inflation rate has affected the costs of people’s basic needs, such as poultry. The Iranian regime’s Ministry of Industry, Mine, and Trade recently announced that the poultry price in February-March 2019 was 125,000 rials, and it had reached 220,000 rials per kilogram in 2021. Yet, the state-run news agencies have reported that the actual price of poultry is above 250,000 rials per kilogram in the market.

Watch our video report for more information on the long lines for poultry in #Iran due to the regime's mismanagement.
Iranians have to wait in long lines despite the spread of the deadly #COVID19 pandemic. pic.twitter.com/8ii3LFCqar

Iran’s rising inflation rate is due to the regime’s wrong economic policies. To compensate for its budget deficit, the regime has taken several wrong actions, including banknote printing. Banknote printing reduces the value of Iran’s national currency, while prices of goods stay the same. Thus, the liquidity rate will grow and immediately raise the inflation rate.

“Seemingly, the government has no choice but to print banknotes to compensate for its budget deficit. Five hundred and seventy billion tomans are injected into the Iranian economy by the Central Bank daily. The Central Bank says that from February of last year to the end of February of this year, 107,640 billion tomans have been added to the monetary base. These numbers mean that another record in banknote printing has been set in the last year,” wrote the state-run Eghtesad-e Saramd daily on March 13.

“The main problem with our economy is poor management, which is far worse than US actions regarding the nuclear deal or sanctions. If we consider the country a soccer team, this team will win with a good coach. Yet, when the coach does have competence, the team will lose,” Mohammad Khoshchehreh, one of the regime’s economists, told the state-run Entekhab daily on March 20.

The regime’s economic mismanagement has turned the Iranian society into a powder keg. Ahead of the regime’s sham parliamentary election, officials and state-run media warn one another of another uprising.

“In the last decades, we had an economic direction which practically made our country face [economic and social] crises and many other problems. We have to reform this now,” wrote the state-run Entekhab daily on Monday, quoting Hossain Raghfar, one of the regime’s economists.

“[resolving Iran’s economic problems] is due to [to the officials’] understanding the economic priority. But I do not see a determination about this issue. If there is no fundamental change in the Iranian economy, we will certainly face worse conditions and problems in the near future,” Raghfar added, warning the regime’s officials.

Previous articleIran News in Brief – March 23, 2021
Next articleA Glance at Iran’s Situation in the Persian Year of 1399 and the Perspective of 1400

Releasing Iran’s Frozen Assets: Would It Improve the People’s Lives?