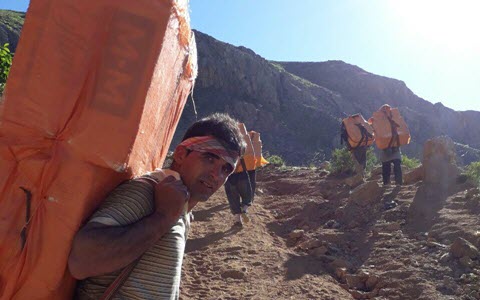 NCRI – Iran’s mullahs have destroyed the country’s economy and brought nothing but poverty and increasing unemployment. Currently young men and women graduating college with high degrees are forced to even resort to carry heavy loads.

Mehdi Ebrahimi, born in 1985 who received a Master’s Degree from Tehran’s Payame Noor University, is currently smuggling heavy loads in border areas. He says he tried very hard, yet was unsuccessful in finding a job after graduation. Considering the fact that he has to put food on the table for his family, he is forced to resort to such a job to provide for his mother and younger brother.

Even senior Iranian officials have acknowledged the status quo.

“In Iran we have a number of super-challenges that can influence the country’s issues. One is unemployment. The capacity to create jobs in this country was no more than 600,000 at best. Currently, we have more than 1 million college graduates each year,” said Iranian Vice President Eshaq Jahangiri.