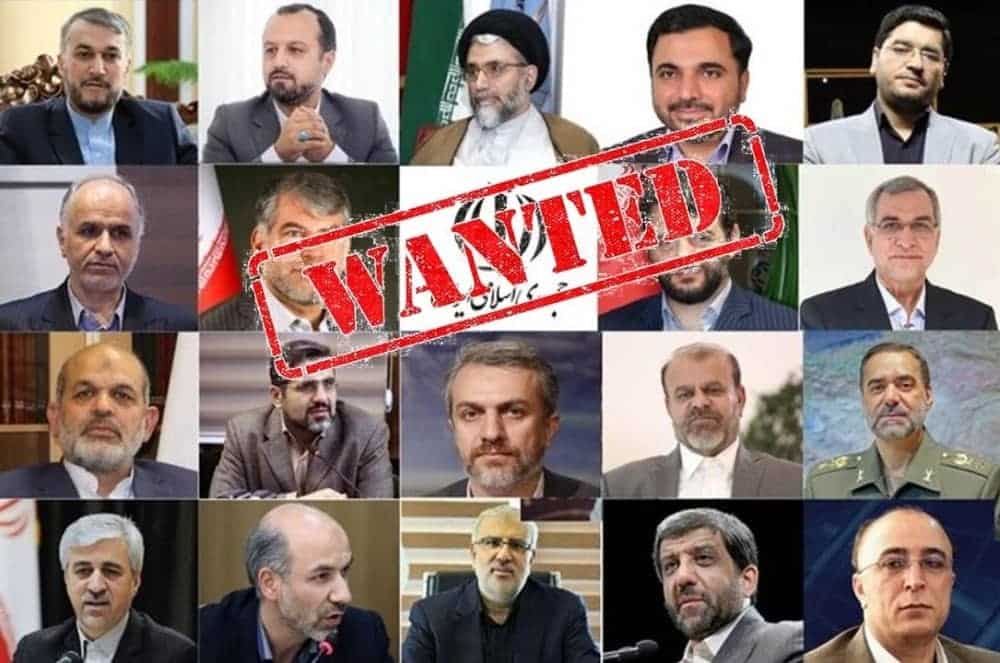 The Iranian regime’s new president, Ebrahim Raisi, announced the “twelve principles governing the national plan for preventing and combating administrative and economic corruption.” Having Raisi and his government combat corruption is like having an arsonist putting out the fire.

Iran is suffering from institutionalized corruption. The country’s economy is dominated by the Revolutionary Guards (IRGC) and the Supreme Leader Ali Khamenei. Raisi’s cabinet is filled with the IRGC’s officials and Khamenei’s inner circles.

Raisi himself was the caretaker of Astan-e Quds Razavi (AQR), one of the Middle East’s largest endowment foundations.

“In our country, there are four institutions which control 60 percent of the national wealth. This includes Executive Headquarters of Imam’s Directive (Setad Ejraie Farman Imam), Khatam-ol-Anbiay Base, Astan-e Quds, and Foundation of the Oppressed and Disabled. None of these institutions are in connection with the government and parliament,” Behzad Nabavi, a government minister in several administrations, said in an interview with the state-run Alef news agency on September 21, 2019.

According to the Iranian Resistance exclusive report about the AQR, this financial institution “enjoys tax exemption; its assets include 50 large companies and 43 percent of Mashhad real estate, the second-most populous city in Iran. In other words, AQR owns over 13,000 acres of land in Mashhad alone.”

In other words, Raisi was in charge of one of Iran’s main corrupted institutions. Raisi later became the regime’s Judiciary Chief in 2019, another apparatus plagued with corruption. On May 11, Gholamhossein Esmaili, then Judiciary’s spokesperson, confirmed the arrest of 200 judiciary staff members.

“The counter-intelligence units of the Judiciary identified 237 of the brokers and smugglers. The Judiciary’s actions include the arrest of 161 judiciary attorneys and experts and more than 200 staff members from different departments of the Judiciary as well as several heads of offices,” the semi-official ISNA news agency reported.

“Slogan, that we have heard for years about combatting corruption.” The newspaper then questions Raisi’s decision to combat corruption by asking: “Why did Mr. Raisi run for presidency to fight against corruption? To fight corruption, wasn’t he able to act while serving as the Judiciary Chief?” state-run Etemad daily wrote on Thursday.

Raisi is the head of the government that intends to combat corruption. Now let’s look at other corrupted-official of this government.

Raisi’s first vice-president, Mohammad Mokhber, was the head of another huge financial institution, the “Execution of Khomeini’s Order (EIKO).” He headed this plundering organization with billions of dollars of assets for 13 years since 2007. He also acted as the Deputy Director of Commerce and Transportation for the Mostazafan Foundation, another huge conglomerate.

Mokhber was included in the EU sanctions list in 2010 for his role in the regime’s missile and nuclear activities and placed on the US sanctions list t on January 15, 2016, for seizing the assets of political opponents and religious minorities.

Mokhber was the head of the EIKO since the beginning of the Covid-19 pandemic in Iran. Khamenei banned the entry of credible Covid-19 vaccines and insisted on the production of domestic vaccines. Barkat Pharmaceutical Group, which belonged to the EIKO and was under Mokhber’s direction, was tasked with producing the vaccines. Besides having deadly side effects and not being approved by the World Health Organization, this vaccine was sold to people.

Rostam Ghasemi, Raisi’s construction minister, served as the commander of the Khatam-ol-Anbiya Base and then Mahmoud Ahmadinejad’s oil minister.

During his tenure as oil minister, Ghasemi oversaw astronomical financial irregularities, embezzlement, kickbacks, bribery, and other financial crimes, including the purchase of 30 oil rigs without “procurement tender formalities.” He also authorized the purchase of another 25 oil rigs and oversaw the “disappearance” of several oil rigs, one of which (Fortuna) cost $87 million and was eventually discovered in the Gulf of Mexico.

The Iranian Resistance revealed that “Khatam-ol-Anbiya is the largest contractor for government projects in an exclusive report. It has 5,000 subcontractors and about 135,000 employees. The cartel enjoys the complete support of the regime and has easy access to banking and financial resources and sustained contracts with no competitive bidding. It has created an operation whereby it totally dominates industrial and construction projects, as well as a portion of oil and gas deals, rendering the private sector unable to compete.” Ghasemi was the commander of this base and was deeply involved in corruption and monopolizing Iran’s economy.

A glance at Raisi and his government alone shuns any claim of combatting corruption. Iran’s current economic crisis is due to the regime’s institutionalized corruption. Even if Raisi and his ministers were personally not involved in corruption, they wouldn’t be able to combat corruption, as they are handpicked by the Supreme Leader of corruption, Ali Khamenei.

This is why since he was appointed president, Raisi has only given hollow promises of combating corruption without offering a real solution. He often uses “God willing” rhetoric when it comes to offering solutions for the economic crises. The regime has milked Iran and its people from their wealth. They do not accept these hollow promises, as they underline in their slogans during their daily protests that “enough with lies, our tables are empty.”