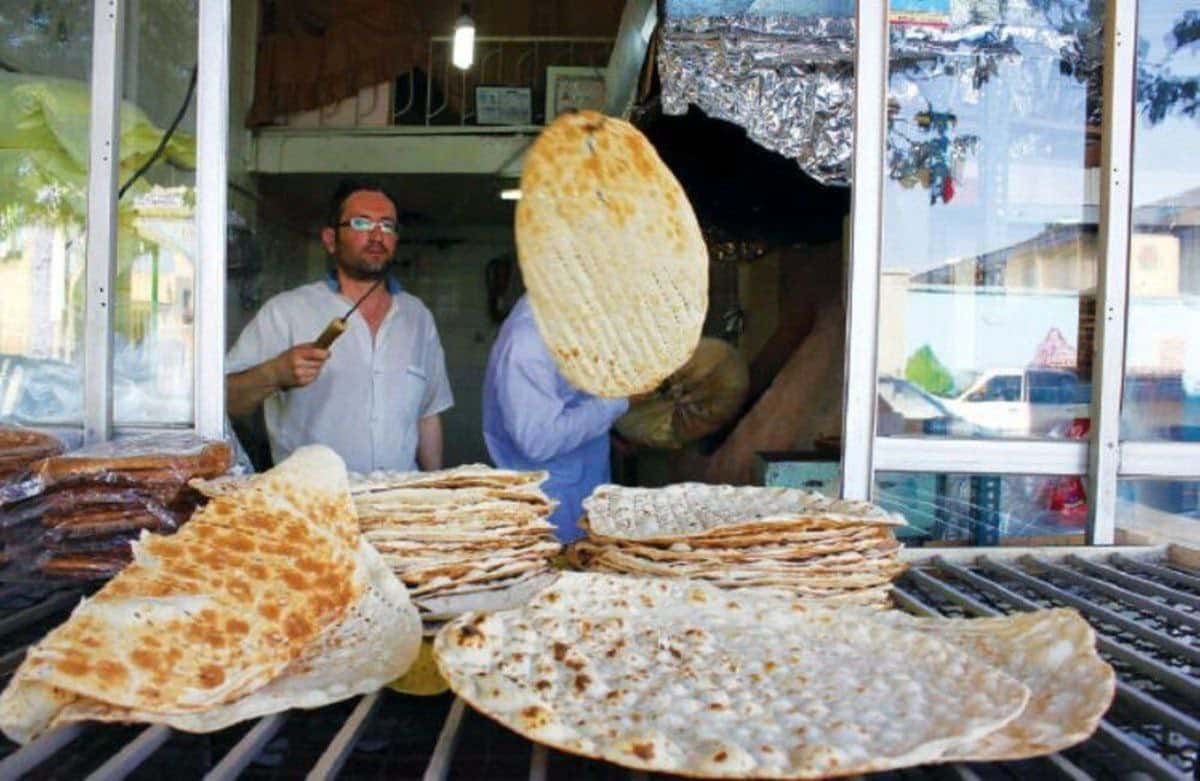 In many folklore tales and post-apocalyptic movies, when the world runs out of all its resources, people’s basic needs like bread and water are rationed. It is hard to imagine in the 21st century, people of one of the richest countries, Iran, see their food and water rationed. But sadly, it is true.

On June 20, Iran’s state-run media reported the regime would implement the so-called “smart subsidies of flour and bread” plan in Tehran and other metropoles.

“This plan more seems like rationing the bread and flour. Because bakers could receive a limited ‘portion’ of flour using their card at a lower price. They should get the rest at the free market rate,” the state-run Etemad daily wrote on June 20. “Based on this plan, if a bakery received 200 bags of flour per month, it would now receive as much as it produces bread,” the paper adds.

In other words, many Iranians should purchase bread at a higher price.

Since the government of Ebrahim Raisi removed the “preferential exchange rate”, commodities prices have quadrupled in the best-case scenario.

The official exchange rate was allocated to importing essential goods such as grain and medicine. The regime’s institutionalized corruption eventually tripled the prices but removing the preferential rate caused prices to soar.

Protests erupted across the country in early May as people couldn’t take another economic shockwave amid the country’s financial calamity. In recent years, bread has become the only food of many Iranian families; depriving them of this could spark another uprising. Fearing the outcome, the mullahs started their blame game, accusing poor Iranian bakers of “smuggling the flour”. One could only wonder how on earth is it possible to smuggle tons of flour into a country where all ports and borders are tightly controlled, and where it takes only a few moments to arrest someone who chants a slogan against the regime officials.

“Flour smuggling and all the plans prepared under the pretext to combat corruption have nothing to do with bakers. Have the country’s bakers become powerful enough to smuggle flour from the borders to neighboring countries?” the state-run Setra-e Sobh daily questioned in this regard on July 22.

Under pressure, the only solution left for poor Iranian bakers is to go on strike, which means more Iranians lose their primary food.

“If we do not handle the bakers’ problem, soon they would close their shops, and this is not good for people and it will have consequences for us,” Setar-e Sobh article wrote, warning regime officials.

While the regime is now depriving Iranians of bread, it has been two years that many Iranians buy bread “on lease.”

In a heart-wrenching story in 2020, the state-run Tejaratnews explained how Iranians lease bread. “The last page of his notebook is divided by a line, filled with names and the date they leased the bread,” the website wrote.

Alireza Monadi, one of the regime’s MPs, acknowledged in April that “poverty is on a rampage in the outskirts of Tabriz (a major city in northwest Iran). “Some people are literally leasing bread,” he said.

Selling body parts, abandoning newborns, parents pre-selling their unborn babies, rising number of suicide cases, and now buying bread on the lease, are all the various indications of how the lives of millions of Iranians are riddled with pain.

The Iranian regime adds salt to people’s wounds through the so-called “economic plans” or simply by digging deeper into their pockets. Tehran needs every penny to fund the vast security and military apparatus that preserves its rule. Tehran also needs to fun its illicit activities, such as spreading terrorism and pursuing its nuclear weapons program.

Its solution for those Iranians who demand their rights by holding protests is oppression. But what goes around comes around. These measures only add to people’s hatred toward the regime, and the ongoing demonstrations with people chanting “death to Raisi” and “death to Khamenei” are testaments to the latter.