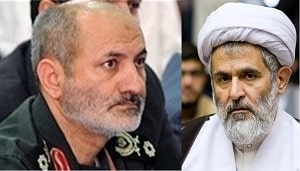 According to the IRGC-run Javan news agency, the IRGC spokesman Ramazan Sharif announced today: “With the decree of Major General Hossein Salami, commander-in-chief of the IRGC, brigadier general Mohammad Kazemi was appointed as the new head of the IRGC Intelligence Organization.”

The IRGC spokesman also stated that Hossein Tayeb, the former head of the IRGC Intelligence Organization, is now been appointed as an advisor to the IRGC commander-in-chief.

Although official sources have refused to elaborate on the reason for this change, political commentators have speculated that the recent attacks against IRGC personnel, nuclear sites, and other security blunders inside Iran might be the reason for dismissing such an influential figure on the highest levels of the IRGC chain of command.

Iran: The Impasse Before Khamenei and His “Raisi Project” 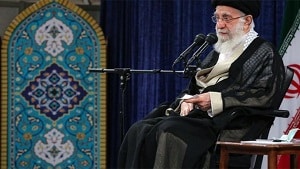 The website of Iranian regime Supreme Leader Ali Khamenei and Iran’s state media published remarks from his latest public appearance on June 21 following a nine-day delay. This in and of itself is quite telling and raises significant questions, starting with, why the delay? Were there any reservations regarding Khamenei’s comments? A look at his speech sheds light into the crises riddling the mullahs’ regime ruling Iran. 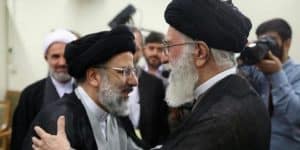 A year ago on June 18, Ebrahim Raisi was installed as Iran’s president. There are no free elections in Iran, where clerics wield ultimate authority, and candidates may be disqualified for various reasons. Even by these standards, though, Iran’s June 18th, 2021 presidential election shaped up as a farce. Raisi, who has long been vocally anti-Western and is under U.S. sanctions for human rights abuses, was given the final approval for the presidency by Iran’s supreme leader Ayatollah Ali Khamenei. He was elected in a vote many Iranians and Western advocacy groups say was rigged. Widows in Iran Stuck in the Grips of the Mullahs’ Misogyny 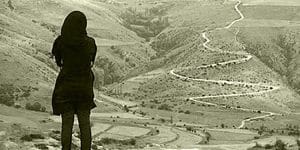 International Widows Day, June 23, is a United Nations ratified day of action to raise awareness of widows’ concerns and mobilize the support they require during trying times. The latest theme of the United Nations for this day is “Invisible Women, Invisible Problems.” But the problems of widows in Iran are far beyond being invisible.

More than 258 million widows worldwide are generally grappling with important issues of poverty, violence, and health. In Iran, the mullahs’ regime not only does not support widows but has turned their lives into hell by creating all kinds of legal, political, and social barriers. Political prisoner Ayyub Porkar was banished to the Sheiban Prison in Ahvaz, notorious for its horrible infrastructural conditions and torture of prisoners.

Ayyub Porkar was arrested in January 2009. The Revolutionary Court of Tehran convicted him of Moharebeh (waging war on God) and sentenced him to death. Moharebeh is used for a wide range of offenses including on political grounds, punishable by death under the clerical regime in Iran.