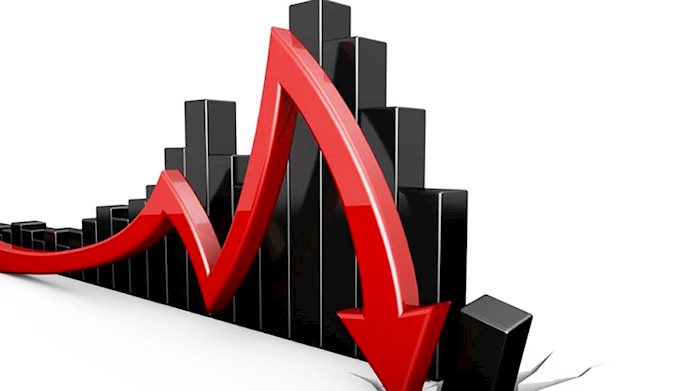 Iran’s economy is collapsing. The mullahs’ regime and its apologists consider sanctions as the real damaging factor. But state-run media and economists identify mismanagement as the real problem of Iran’s economy.

Sanctions coupled with four decades of economic mismanagement in Iran have decreased the value of Iran’s currency, in what is the silent death of Iran’s economy.

“The degradation of the national currency is a silent death for the economy of any country and that has happened in Iran. Unfortunately, the government’s economic team has turned a blind eye to this fact,” wrote the state-run Seday-e Eslahat, an outlet close to the faction of the regime’s president, Hassan Rouhani, on October 15.

When the mullahs’ regime signed the 2015 Iran nuclear deal with world powers, also known as the Joint Comprehensive Plan of Action (JCPOA), billions of dollars were given to the regime. Yet, the mullahs used this huge amount of money to fund their proxy terrorist groups. As a result, more people became poor. The unbridled inflation rate and high prices initiated the first series of nationwide Iran protests in January 2018. People were chanting “Let go of Syria, think of us” in the face of the mullahs’ costly support of Bashar-al Assad’s dictatorship since 2011.

In May 2018, the United States withdrew from the JCPOA, citing the regime’s non-compliance with the “spirit” of this agreement, which was due to the mullahs’ ongoing malign activities in the region. The U.S. reimposed sanctions and since then, the mullahs and their apologists try to blame sanctions for Iran’s economic problems. But if sanctions are hurting Iran’s economy, why does the regime not stop its terrorist activities so the sanctions could be lifted? Are the sanctions the real problem or have they only accelerated Iran’s economic collapse, which had been ruined due to forty years of economic mismanagement and plundering of the national wealth?

In this regard, Seday-e Eslahat wrote: “A country’s monetary power depends on international trade relations, diplomatic relations, and cooperation with institutions such as the World Trade Organization. According to experts, sanctions coupled with the current government’s inability to control inflation are the most important reasons for the devaluation of the rial and the monetary power of Iran in the international foreign exchange market.”

Hossain Raghfar, one of the regime’s economists, acknowledged the regime’s mismanagement and deception are the real damaging factors of Iran’s economy. “The problem of the country’s economy is not the U.S. or sanctions. The main economic problems are lies, deception, and blaming others to divert the public mind from the bitter realities that domestic politics has brought upon the people,” Raghfar told the state-run Resalat daily on Thursday, October 15. “The United States has consistently been cited as the main cause of the country’s problems, while these problems are due to domestic performance. Imports of items such as saddles and toothpicks rose from $16 billion in 2005 to $90 billion in 2011, making the country more dependent and consumerist,” Raghfar added.

The result of mullahs’ mismanagement of Iran’s economy

As a result, the Iranian economy has completely collapsed. But instead of proposing real economic solutions, the regime takes no action. “Statistics released by the Statistics Center in the first quarter of this year show a negative economic growth of 3.5 percent with oil revenue. Thus, the country’s economic growth is getting worse every year than the previous year, a situation that strongly affects the country’s production,” Seday-e Eslahat continued. “The production statistics of the last ten years are very far from the statistics of the last one or two years and have created a very serious backwardness in the field of production. Governments used central bank resources and constantly pressured the monetary base.”

“Statistics show that the exchange rate of the Iranian rial against the US dollar has fallen by more than 137 percent in the past year alone, and the price of the dollar has risen from 11,500 to 31,700 tomans, while the inflation rate of the Iranian economy has risen to 26 percent. So, this statistic shows the depth of the economic catastrophe,” the article added.

As a result, there is more pressure on Iranian people. In this regard, on October 13, the state-run Vatan-e Emrooz wrote: “The costly experience we’re going through at the moment has, on the one hand, placed the lives of the middle and lower classes in cruel chaos, and on the other hand, has stripped away the hopes of people who sincerely took part in the elections to reform the current situation. It will dissuade them from taking part in any political activities in the future.”

Iranian people demonstrated their abhorrence of this regime during their uprising in November 2019 and general boycott of the mullahs’ sham parliamentary elections in February 2020.

Where does the money go? How to effectively solve Iran’s economy dilemma?

As Seday-e Eslahat acknowledged, there has been negative growth in Iran’s economy despite the country’s oil revenues. But what happens to the money?

The money is either spent on terrorism or distributed among the regime’s officials and their relatives.

Recently, Alireza Nazari, a member of parliament, during infightings within the regime, revealed that “100 billion Tomans ($2.3 million) from Iran’s COVID-19 fund were diverted to the university department where Rouhani’s daughter teaches.”

Similarly, in another part of his interview with the state-run Resalat daily, Raghfar said: “Strange incomes have entered the pockets of semi-official enterprises that are not willing to lose those huge financial resources. This year, 600,000 billion tomans [nearly $18 billion] of embezzlement have gone to the pockets of steel, petrochemical, and mine owners [linked to the government].”

As to the regime’s funding of terrorism, Heshmatollah Falahatpisheh, a former senior lawmaker, on May 20 said: “I went to Syria, some people said I made up some expenses, but I repeat, we may have given Syria $20 to $30 billion, and we have to take it back.”
Given the facts above, there is no solution to Iran’s economy other than the mullahs’ downfall.