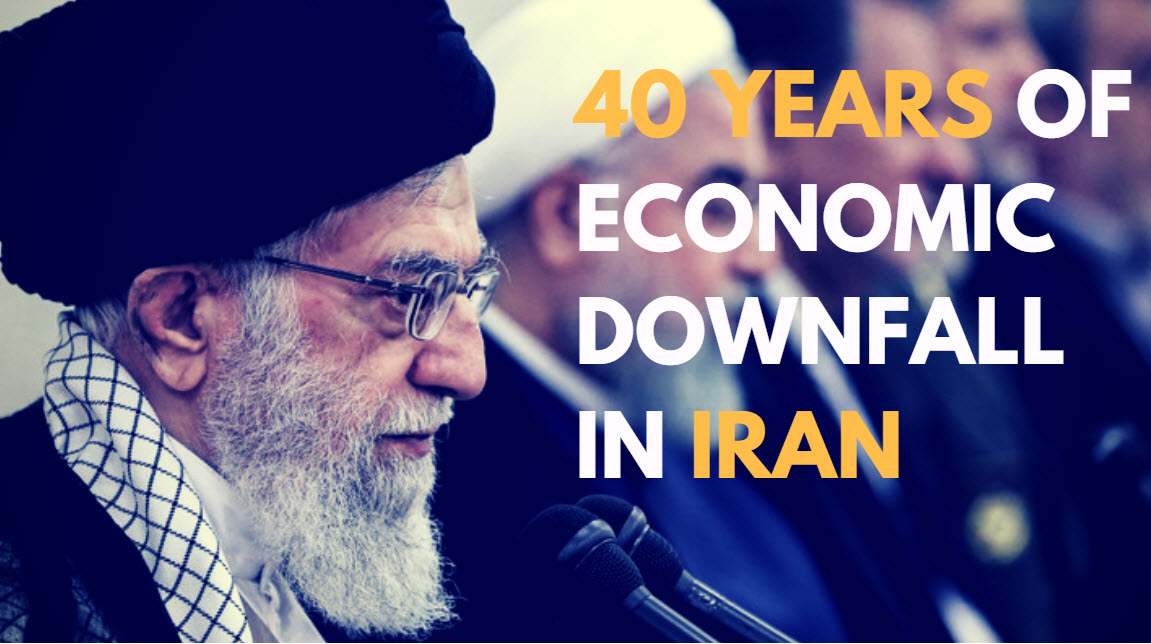 Iran’s economy is declining. As the economic crisis exacerbates, the regime’s state-run media acknowledged the real cause of the current crisis. “Iran’s economy is currently facing various problems and nodes, all of which are very important and have challenged the economy,” wrote the officials Iran daily, the government’s official newspaper on October 6.

According to this state-run media, Iran’s “high and chronic inflation, which is rooted in serious problems in government budgets and fiscal policies,” is one of Iran’s economic problems. Iran daily then acknowledged that “Deficiencies in the country’s banking and monetary system, the crisis in pension funds, the water and environmental crisis, the organization of production, which is becoming monopolized instead of becoming more competitive, and property rights, which have changed to opportunities of corruption,” are other nodes of Iran’s economy.

Aftab-e Yazd daily referred to one of these crises on October 6, which is a huge social gap between poor Iranians and wealthy elites, which are connected to the regime officials. “While the poverty line has passed 11 million Tomans and the poor are being crushed under it, the news is being spread from all over that the capacity of European tours of March 2021 is full. At the same time, in our country, economic problems are still tied to political issues.”

Aftab-e Yazd acknowledges that this situation underlines that Iran’s “economic situation has not improved, and the majority of the people are in a bad economic situation,” yet, “socioeconomic gaps between classes prevail” in Iran under the mullahs’ regime.

“A part of society hardly makes ends meet, while the elites go on luxury tours. Currently, there is no middle class in society. The poverty line has surpassed 11 million tomans. Evidence shows that a large part of society is below this line. Continuation of this trend divides the society into rich and poor sections. We could soon hear the breaking of poor people’s bones under this pressure,” Aftab-e Yazd writes.

But what has caused Iran’s economic crisis?

“The interests of the rulers make the economic situation difficult. They take personal advantages of the current situation, create a wall around it, and prevent others from making decisions,” Iran daily writes, acknowledging the regime’s institutionalized corruption.

“On the other hand, many of the important decisions are made by some individuals, and the subordinate managers only follow these decisions,” Iran daily adds, warning about the country’s “economic collapse.”

“In our country, there are four institutions which control 60 percent of the national wealth. This includes Executive Headquarters of Imam’s Directive (Setad Ejraie Farman Imam), Khatam al-Anbiya Base, Astan-e Quds, and Foundation of the Oppressed and Disabled. None of these institutions are in connection with the government and parliament.”

Besides, IRGC has dozens of front companies and conglomerates controlling a vast part of Iran’s economy.

In recent years, there have been dozens of protests in Iran due to the poor economic situation, including two major uprisings in 2018 and 2019. In none of their protests, Iranians targeted the international sanctions. Because they see that as they hardly make ends meet, the regime officials and their relatives enjoy luxurious lives, and the mullahs continue funding terrorist groups in other countries. Thus the Iranian people slogans include “let go of Syria, think of us,” “Enough with promises our tables are empty,” “One less corruption case, and our problems would be resolved,” and “our enemy is right here, they lie it is the U.S.”

Thus, as Iran’s economic crisis increases, the society’s restiveness grows, terrifying the regime. “Businesses are declining, and the working-class table is shrinking. However, how in such economic conditions can some individuals continue their luxury trips? What will be the result of continuing such a process? Shouldn’t officials think about the class divide in society?” Aftab-e Yazd warned regime officials on October 6.