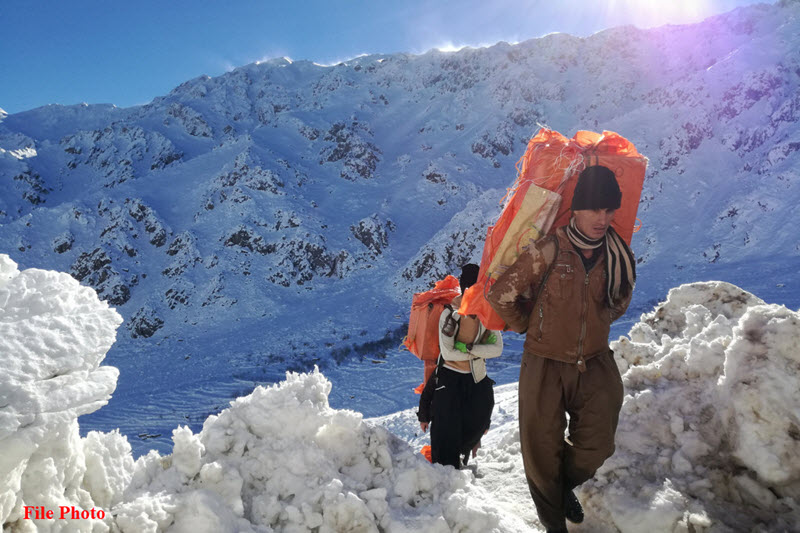 The Iranian regime’s Revolutionary Guards (IRGC) opened fire on porters in Nudsheh Jan in the Iranian Kurdish border region in Kermanshah Provice, killing one porter and wounding another. The incident took place on Wednesday July 3, 2019.

The victim, Guran Azizzadeh, was from the village of Hani Garmaleh.

Another porter, Assir Shahpasandi, was severely injured in the incident and transferred to Paweh hospital.

In other incident, reported on the same day, in the Piranshahr border region, the regime's military shot and wounded another porter, Sohrab Khezri.

According to Iranian human rights sources, regime forces have killed 48 porters and injured 104 in 2018. Porters are one of the most deprived and underprivileged communities in Iran, who carry heavy loads across borders for meager income that is the only source of sustenance for their families. The regime regularly attacks porters, wounding and killing them and destroying their loads. This affects thousands of families whose only source of income is porting activities.

These vicious attacks against deprived load carriers and porters by the Revolutionary Guards usually happen in West Azerbaijan, Kurdistan and Kermanshah provinces.