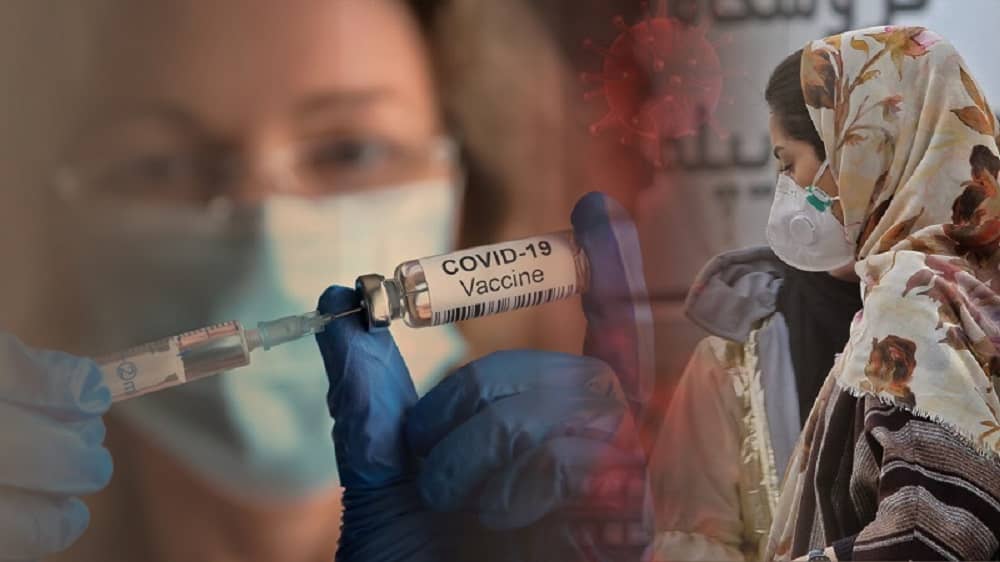 Last week, Iran’s official death toll from Covid-19 surpassed 80,000. But the official estimate remains only about a quarter of the actual death toll. According to the People’s Mojahedin Organization of Iran (PMOI/MEK) reported on Wednesday that over 308,600 Iranians had died from the coronavirus over the course of outbreaks that date back to more than a month before Tehran’s first official acknowledgment of the crisis.

More than 308,600 people have died of the novel #coronavirus in 547 cities checkered across all of Iran's 31 provinces, according to the Iranian opposition PMOI/MEK.

The impact of those outbreaks was exacerbated at an early stage by deliberate cover-ups which were intended to preserve the value of Iranian propaganda around the time of the theocratic regime’s 40-year anniversary and subsequent sham parliamentary election. During January and early February 2020, regime authorities vigorously promoted public attendance at parades and other government-organized events, making that attendance mandatory for government employees and facilitating travel to Tehran for residents of more rural towns. These activities persisted even as local sources in some areas of the country began reporting that dozens of people had apparently died from coronavirus infection.

The first instances of such infection were registered by the National Emergency Organization as early as December, but this fact remained unknown to the Iranian people and the international community until the MEK obtained the relevant documents sometime later. By then, the damage had been done, and although regime authorities spoke publicly about the deadly effects of the disease from that point forward, their official estimates of the infection rate and death toll have always lagged behind the reality.

At the height of the pandemic, the official death toll was less than one-sixth the real death toll. Although the differential has narrowed somewhat, details of the most recent reports may raise concerns about the mortality rate accelerating again, to the point at which regime authorities may feel compelled to keep a tighter grip over public reporting in order to prevent another surge of popular outrage around the time of the sham presidential election.

The sham election is set to take place on June 18, but regime officials and state media outlets have publicly speculated that voter turnout will be very low for a process that is a mere formality leading to the appointment of the regime’s Supreme Leader Ali Khamenei’s favored candidate and current judiciary chief, Ebrahim Raisi. Such estimates stem from the lingering impact of nationwide uprisings that took place between January 2018 and January 2020, as well as the record low turnout that was already recorded during sham parliamentary elections that took place in February 2020, just days after the regime’s first public acknowledgment of domestic Covid-19 outbreaks.

Then, as of now, early support for an electoral boycott developed without regard for the risks to public health associated with going to the polls. This year, however, those risks may help to amplify the effect of the campaign that is being promoted in large part by MEK’s “Resistance Units” in cities throughout Iran. These groups of activists have been posting messages and staging demonstrations over the past few months helping the public to understand that they can “vote for regime change” by refusing to participate in the election.

The significant relationship between the pandemic and voter turnout will come from public awareness of the regime’s direct contribution to the death toll, especially in recent weeks. While various other countries have seen noticeable improvements as a result of vaccine distribution, Iran has gone through a fourth and fifth wave of infections while distributing vaccines in dribs and drabs, in an unfair manner, and in much smaller numbers than it might have if not for the interference of leading authorities.

When vaccination was just beginning to look like a global beacon of hope at the beginning of this year, Khamenei blotted out that light for Iranians by formally banning the import of any vaccines manufactured in the United States or the United Kingdom. This left most Iranians to rely on untested or inferior vaccines from Russia, China, and the regime itself. But as reports indicated last month, this restriction has not consistently applied to regime officials or other well-connected individuals, many of whom have received the banned vaccines either while traveling abroad or on the Iranian black market, which is itself closely associated with regime institutions like the Islamic Revolutionary Guard Corps.

The black market has also been an outlet for price-gouging with regard to the less effective vaccines, even though authorities publicly promised that they would be available to the general public for free. This, too, is a consequence of interference by officials and institutions including the supreme leader, who overruled initial plans to obtain and then distribute vaccines and instead put it into the hands of “private” entities, some of which are front companies for the IRGC.

The regime’s former President Mahmoud Ahmadinejad acknowledged the corruption inherent in these arrangements, and the impact on the general population when he himself was accused of obtaining a Pfizer vaccine from outside Iran’s borders. “The reason the coronavirus situation is chaotic and no decisions are made is because officials themselves have been vaccinated and they feel safe,” he explained, disparaging a system from which he has fallen out of favor, though he attempted to register as a candidate to reclaim his prior office in the June 18 election.

Ahmadinejad acknowledged that the presidential campaign and accompanying boycott effort are points of crisis for the ruling system, exacerbated by the people’s frustration over escalating problems that include but are not limited to the coronavirus outbreaks.

Ahmadinejad sees the looming public rejection of the electoral process as an undesirable outcome, whereas the people and their Resistance embraces it, promotes it, and sees it as an opportunity to spark new public uprisings and collective expressions of a popular desire for regime change. The details of that goal will be discussed by the National Council of Resistance of Iran, next month at its World Summit on a Free Iran.

The annual gathering of Iranian expatriates and political supporters is an opportunity to reaffirm the coalition’s commitment to its 10-point plan for the country’s future and to highlight the progress of pro-democracy activism inside Iran. On this occasion, it will no doubt also serve to highlight the MEK’s reporting on the coronavirus pandemic and to contrast that with the sanitized but still alarming figures being broadcast by Iranian state media. For opponents of the Iranian regime, that discrepancy is sure to underscore the effects of its corruption, mismanagement, control over information, and other features of the regime which make such crises insurmountable until there is a new government in place in Tehran.