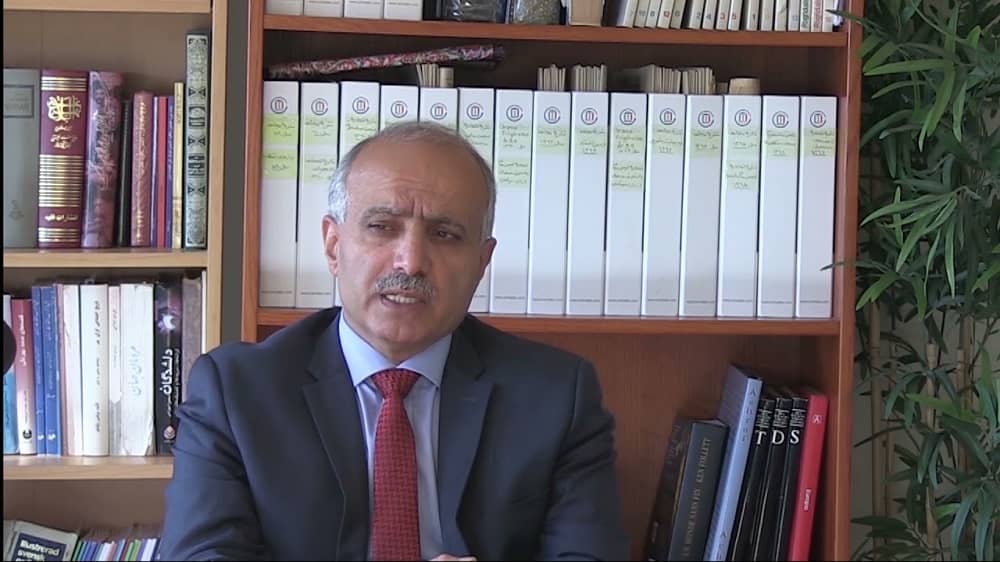 The shocking testimonies of Ali Zolfaghari, a former Iranian political prisoner during the ongoing trial of Hamdi Noury, an Iranian prison official in the 1980s, shed light on new aspects of the 1988 massacre. Zolfaghari’s testimony revealed how Iran’s resistant youths defended their idea of a free and democratic Iran and sacrificed their lives for these ideals.

It is worth noting that Noury is on trial in Sweden for his role in the 1988 massacre of over 30,000 political prisoners.

Zolfaghari was arrested in 1981 while he was only 17 years old and spent twelve years in prison. On October 20, He shared what he witnessed in Iranian prisons and the 1988 massacre during Hamid Noury’s trial in Sweden. According to many legal scholars, the 1988 massacre was the greatest crime against humanity in the 20th century and a genocide. The majority of the 1988 massacre’s victims were members and supporters of the People’s Mojahedin Organization of Iran (PMOI/MEK). This massacre happened in a matter of a few months based on a fatwa by the regime’s then-Supreme Leader Ruhollah Khomeini.

Khomeini’s fatwa condemned all political prisoners to be punished once they expressed loyalty to the MEK values regardless of their prison terms.

Hamid Noury, who was arrested in November 2019 upon entering Sweden, participated in the genocide in 1988 in Gohardasht prison.

Ali Zolfaghari’s testimony in the court portrayed how the MEK members and supporters were forced to choose either a historical and idealistic choice to defend the MEK and its ideals or disavow those values and stay alive. 90% of prisoners took the first option and sacrificed their lives for freedom in Iran.

Choosing between life and death

Ali Zolfaghari, who faced the death commission, told the court: “one was forced to choose between life and death.” “If you wanted to defend your ideal, you should have chosen death, and unfortunately, I chose life and to stay alive. Those who died chose their ideal and death. It was such a dreadful situation. I cannot describe this situation with words,” he added.

“Before meeting the death commission, Gholamreza Hassanpour, a MEK supporter who was executed later during the 1988 massacre, told us: ‘Guys, they are executing all of us. It is up to you to choose what position to take,” Zolfaghari said.

“The only thing that has kept me alive after many years is supporting the ideal of those massacred and being their voice. I want to be the voice of those 30,000 executed political prisoners,” Zolfaghari said.

Zolfaghari also testified that Hamid Noury took him and ten

other prisoners to the death commission. According to Zolfaghari, on August 1, 1988, “in the middle of the day, Hamir Noury came and whispered to my ears: ‘is your father’s name Abdollah?’ then he took me to the death commission. Naserian, the prison warden, received me in front of a door and took me to a room, and I sat on a chair. He ordered me to remove my blindfold. It took me some while to get adopted to the light as I was blindfolded for a long. Then, I saw some mullahs and bunch of people in plainclothes sitting in front of me.”

“They asked my name, my father’s name, and my charges. When they asked about my charges, I knew the ultimate result would be execution. I pondered for a moment. I couldn’t defend my ideals and relented to the pressure. But I don’t forget that those who were hanged persisted in supporting the MEK. I didn’t, and I survived, and I still regret it. Nayeri, the chief of the death commission, told me: go out and write what you said. I took the hardest decision of my life,” Zolfaghari said.

“I Heard from Nasserian they are massacring the MEK prisoners.”

“While I was sitting in the death corridor, I saw Nasserian holding a pen against the wall and saying: today is the MEK’s Ashura. Those who know the meaning of Ashura could realize that it meant the massacre of all MEK prisoners. Nasseri was very happy,” Zolfaghari said.

“On the same day, they called names a few times and took prisoners to a place. Davoud Lashkari, a prison warden, Nasserian, and Hamid Noury called out names and took prisoners to Hussainieh [a place of mourning] for execution. These names include Farzin Nosrati, Hamid Karkooti, Ebrahim Choobdar, Ahmad Moravej, and Gholamreza Ghazanfarpour-Moghadam.”

“One of our inmates had studied in the United States and knew the morse code very well. He had spent two years in solitary confinement and had learned a lot. He was responsible for our morse code. I was on guard while he was communicating with other cells via morse code. I found out that Ebrahim Akbari-Sefat, who was from the same town as I am, was in the adjacent cell. I have known him since 1980. He was the only son of a very poor family. He had one more month until the end of his sentence. I was close to his family. His father always made me humble by coming to my store and saying that I reminded him of his slain son,” Zolfaghari said.

“A week later, the prison guards came, lined us up, and took us to the death corridor. There were many prisoners there, and there wasn’t any room for us. I hardly sat down beside a prisoner. We knew there was a massacre going on, and they were settling the score with us as they have threatened us to do so a few years ago. They had told us we would let you get out of the prison. I asked the prisoner close to me what his name was, and he introduced himself as Behrooz Shahmogheni. He was from Tehran and very resistant. I told him you should be careful they are executing all. He said I went to the court and defended the MEK no matter what happened. He sang the “Iran Zamin” anthem for me. He wanted me to know he firmly stands on his ideals and is ready to die for them. Hamid Abbassi [Noury] approached us, kicked Behrooz, and started installing Behrooz, saying I would kill you. He took Behrooz from his collar and took him. I didn’t see Behrooz ever since.”

“There was another prisoner, I asked him who are you, and he identified himself as Hadi Mohammadnejad. The regime had hanged his three brothers and later executed himself too.”

“They took me to the death commission. As I sat down, the prayer time started. Nayeri said, let’s go pray and get lunch, and we would continue. They took me outside. During the day, Nasserian several times asked if I had gone to the court, and I said yes I did.”

“They took me to the solitary confinement, and I was there until the end of the massacre. It was very hard for me. You only get executed once, but I was waiting for execution every day, and it was such dreadful torture. I was there for almost a month, waiting for the day they took me to the gallows. Sadly, I didn’t know morse code, so I could not communicate with other cells. During my time in the solitary cell, the guards came a few times and beat me, asking me to insult Massoud Rajavi. After a month, they took me to another ward. Only 150 were left in the entire Gohardasht prison.”

“When I was later transferred to Evin, the authorities told us that we should have executed all of you then. I wish I was, not being under this much moral pressure.”