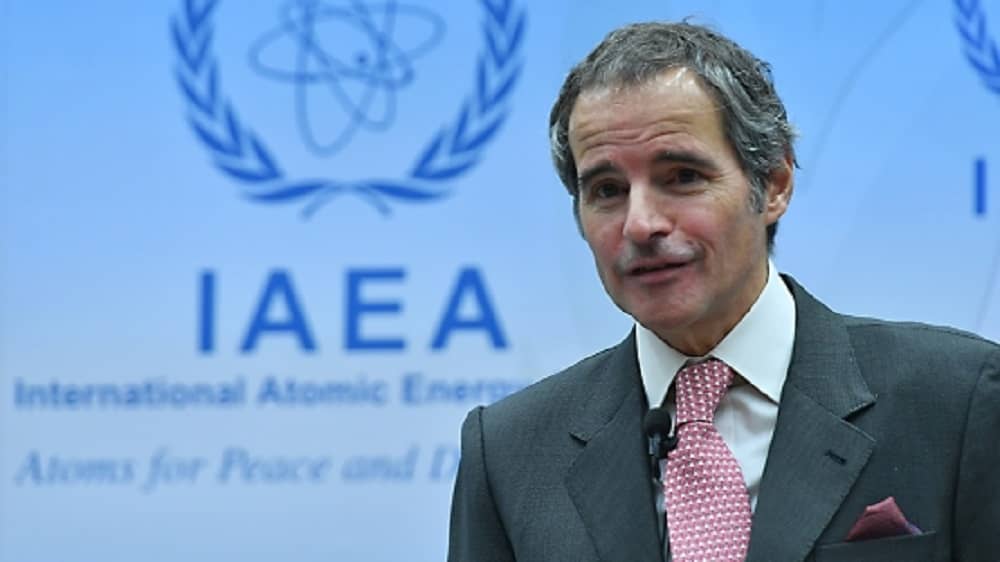 In a recent interview with NBC News, the head of the International Atomic Energy Agency acknowledged that monitoring at an Iranian nuclear facility in Karaj has not been “intact” since surveillance equipment there was damaged.

The world powers continue their efforts to revive the deal while Tehran continues its provocative actions, confirming that any weak approach toward the regime would embolden Tehran to continue its nuclear extortion.

Mahmoud Nabaviyan, a member of the Special Commission for the Investigation of the Joint Comprehensive Plan of Action (JCPOA) and a member of the board of the Article-90 Commission of the regime’s parliament recently acknowledged that Arak Reactor gave the regime 9 kg of plutonium annually, enough for a bomb.”

“How important [Arak] reactor is to us? It produced 9 kilograms of plutonium a year, enough for a bomb… Depending on their technology, countries can produce a bomb with three to seven kilograms of plutonium. Possessing such a reactor would send a message to Israel that if you make a mistake against Iran, we have what’s needed [to retaliate],” Nabaviyan boasted on October 17 in an interview with the state TV.

In May, Grossi confirmed the regime’s nuclear extortion when he said that Iran’s systematic violations had made it “impossible” for the original terms to be satisfied. “Iran has accumulated knowledge, has accumulated centrifuges, and has accumulated material,” he explained before urging an alternative or supplemental agreement to address the new issues that have emerged.

The regime has categorically rejected the prospect of revisiting the terms of the agreement or even exchanging concessions between itself and the US.

Grossi’s public skepticism emerged just ahead of the release of a quarterly IAEA report, and the broadcast of his NBC interview came just after representatives of the US and the JCPOA’s three European signatories met in Paris to discuss what collective action they might take if the Iranian regime continues delaying the resumption of talks that were ongoing in Vienna until June, with the aim of restoring the existing nuclear deal. The regime would certainly drag its feet with the nuclear talks, especially in light of some of the latest remarks from the regime’s foreign minister Amir-Abdollahian and other regime officials. Earlier in October, Amir-Abdollahian made an explicit demand of 10 billion dollars in unfrozen assets to prove that the US is serious about moving forward with the process.

His comments to that effect are made more damning by the fact that the IAEA’s latest quarterly report revealed a persistent lack of transparency in other areas, as well as greater interruptions to the overall monitoring regime than most observers were aware of.

Yet, instead of adopting a firm policy toward the regime and punishing Tehran for its provocative actions, the world community has succumbed to the mullahs’ nuclear extortion campaign. In February, Grossi personally struck an agreement with Tehran to prevent the nuclear monitors from being kicked out of the country altogether. Instead, Tehran barred the IAEA from accessing surveillance equipment.

Following the February agreement, it was widely understood that the IAEA would not be able to directly monitor Iranian nuclear facilities either in-person or through video, but it was revealed only later that other types of monitoring equipment were also placed off-limits, forcing the IAEA to fill subsequent reports with unconfirmed estimates, for instance, the quantity of enriched uranium the regime had stockpiled. The new head of the Atomic Energy Organization of Iran, Mohammad Eslami, has since mocked this situation by publicly claiming that Iran’s stockpile of 20 percent enriched uranium had exceeded 120 kg, whereas the IAEA had estimated it at less than 90.

Yet, once again instead of holding Tehran accountable for its behavior, the IAEA tolerated the regime’s actions allowing it to continue its malign activities. In September, it was reported that Grossi had struck another deal with Iranian authorities, this time to secure an opportunity for IAEA personnel to perform routine maintenance on the monitoring equipment that was to remain off-limits.

Appeasement Policy Led Both Hitler and Iran’s Regime To Spread Terrorism and War Across Europe. This Should End Now

The regime never honored this deal as Grossi later confirmed. But, by striking such a deal with the IAEA, Tehran dodged possible countermeasures by the IAEA Board of Governors in September, which could have serious repercussions for the regime.

Despite the regime’s ongoing violation of the deal, the EU foreign policy chief Josep Borrell publicly declared that he was still “optimistic” about the prospects for restoring the JCPOA. But Borrell also stated that he did not want to think an alternative to the current process, stating “because no… Plan B that I could imagine would be a good one.”

Last year, when Tehran made clear that it would not be adhering to any of the JCPOA’s provisions, the governments of Britain, France, and Germany triggered a dispute resolution system that should have resulted in all international sanctions on Iran “snapping back” if no resolution was achieved within a few months. However, Borrell soon stated publicly that the resolution process could be drawn out indefinitely, thereby nullifying the snapback threat and allowing for an indirect negotiating process to go on for nearly two more years and counting.

It should be noted that despite Borrell’s claims that by restoring the JCPOA the world community would be able to control the regime’s nuclear program, Tehran’s rapid advancement in enriching uranium far beyond what it was allowed to do by the JCPOA, shows the deal is highly flawed. In other words, the JCPOA has never been able to seriously control the regime’s nuclear program.

Tehran is now playing cat and mouse with the western powers. When it becomes evident that there might be a slightest pressure from the world community, Tehran calls for negotiations and strikes deals with the IAEA to buy time. Tehran used the same tactic since its nuclear program was exposed by the Iranian Resistance in 2002 and the world powers began their negotiations with the regime.

“During those years, a good portion of time, we wanted to disrupt our adversaries’ assessment. To make this happen, we needed more time. We had to show our capabilities in practice so they could see them. The 20% enrichment couldn’t be done overnight. It required some work. Fordow and Arak [nuclear sites] needed some work. So, this required some time to achieve. Therefore, we bought some time. But when they were ready to negotiate a deal, the negotiation process expedited,” said Ali Bagheri Kani in an interview with the State TV in 2019.

In other words, by allowing Tehran to drag its feet with negotiations, the world community would only allow the regime to pursue its goal of obtaining a nuclear weapon. As the Iranian Resistance has repeatedly stated, reinstating six UN Security Council resolutions, completely halting enrichment, and anywhere, anytime inspections are imperative in preventing the regime from acquiring a nuclear bomb.