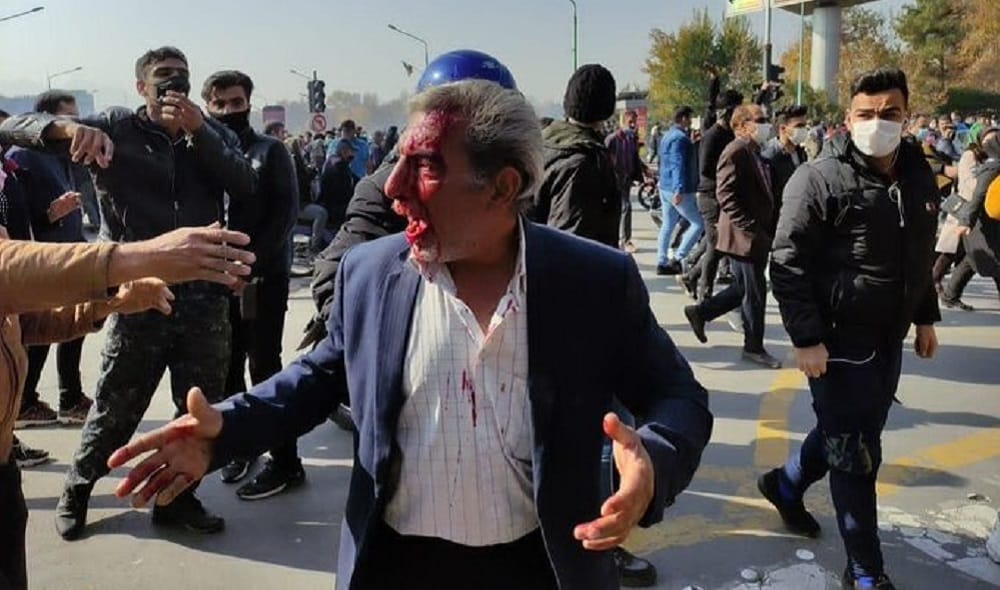 The commander of the Iranian regime’s anti-riot police admits his forces targeted protesters in brutal crackdown of November 2021 demonstrations against mismanagement of water resources in Isfahan that has left the city’s main river and nearby agricultural lands completely dry. Over three dozen sustained eye injures with some losing their eyesight completely.

Brigadier-General Hassan Karami, the head of anti-riot police, who is sanctioned by the US and the European Union “in connection with serious human rights abuse and repressive acts targeting innocent civilians, political opponents, and peaceful protestors,” said in an interview published on Sunday, January 9, that his forces used “shotguns that discharged pellets.”

During the protests in Isfahan as special forces attacked the protesters, numerous images of many pellet bullets hitting the bodies, eyes, and faces of protesters were posted on social media.

The state-run news outlets, including Fars News Agency, affiliated with the terrorist Revolutionary Gourds Corps (IRGC), quoted Nourrodin Soltanian, the spokesperson for Isfahan hospitals, on November 28 that “40 people with eye injuries came to the hospitals. Twenty-one of those people were hospitalized, two in intensive care.”

The true number of those who lost their eye and sustained head injuries are much higher than the official count, as most of them avoided going to the hospital for fear of being arrested.

According to the People’s Mojahedin Organization of Iran (PMOI/MEK), at least 100 people were wounded some 300 detained when the suppressive forces attacked the protests on November 26.

The latest major protest over water shortage in Isfahan began on November 19 after more than a week of demonstrations with farmers and their supporters gathering in the dry bed of the city’s storied Zayanderoud River. To prevent the spread of protest to other cities across the country, the Iranian regime violently cracked down and clashes spread to the city’s downtown streets. Iranians from all walks of life joined the protests in solidarity with the farmers.

In 2021, Iranians of all social sectors held daily protests across Iran. There were at least three significant protests in three provinces, Isfahan (center), Khuzestan (southwest), and Sistan and Baluchistan (southeast). These protests pointed to the explosive state of Iranian society.

To maintain control, the Iranians have resorted to more suppression and violent crackdowns of the protests in recent months and carried out more executions.

If anything the crackdowns reflect the desperation of the ruling mullahs in dealing with a nation on the verge of revolt.

Previous articleThe Number of Coronavirus Victims Across the Country Is More Than 496,300
Next articleIran News in Brief – January 10, 2022