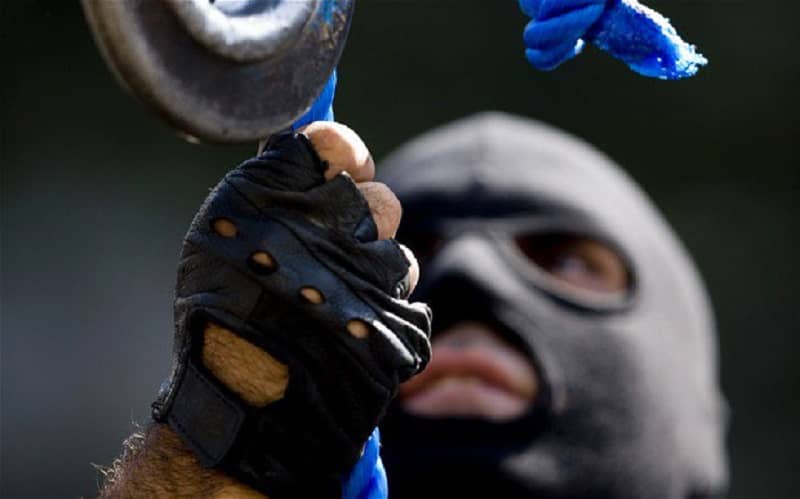 On Wednesday, Amnesty International published a report on the global state of capital punishment and concluded that “the overall picture in 2020 was positive.” But as the report also made clear, this stands in stark contrast to the picture gleaned from several countries that continued to implement death sentences with impunity, even during the pandemic. Of the 18 countries that are known to have done so, Iran stands out in a way that lives up to its longstanding reputation as the country with the highest rate of executions per capita.

Only China, with its population of over a billion people, is believed to be responsible for larger numbers of annual executions. But China provides no official records of capital punishment, and independent sources tend to be incomplete and hard to come by. Of those countries for which data is available, none come close to Iran’s numbers.

In fact, the Amnesty International report stated that the Iranian regime “increasingly used the death penalty as a weapon of political repression against dissidents, protesters, and members of ethnic minority groups, in violation of international law.” Such killings are a perennial feature of the Iranian regime, but the escalating trend has undoubtedly been motivated by a corresponding increase in political activism that aims for a fundamental change of the ruling system.

Starting in the final days of 2017 and continuing through much of January 2018, residents of more than 100 Iranian cities and towns took part in an anti-government uprising that featured chants of “death to the dictator” and explicit denunciations of both the “hardline” and “reformist” factions that share power within the theocratic regime. Since that time, several reports have emerged of participants in the uprising being sentenced to death and potentially adding to the uprising’s death toll, which initially comprised roughly 60 individuals who were either shot dead during the protests or killed under torture immediately thereafter.

In September 2020, Amnesty International issued a report detailing how similar torture took place on an even larger scale in the aftermath of another nationwide uprising, this one taking place over roughly two weeks in November 2019. That protest movement encompassed nearly 200 localities and featured many of the same anti-government slogans as its predecessor. It also elicited a much more immediate and severe response from Iranian authorities, chiefly the Islamic Revolutionary Guard Corps.

The death toll of the November 2019 uprising was around 1,500. This figure was later confirmed, via Reuters, by three anonymous sources within the Iranian Interior Ministry. Here, too, the long-term impact of the government’s response is sure to grow the death toll associated with the uprising. Approximately 12,000 participants and known activists were arrested, many of whom were later brought up on vague charges that are subject to capital punishment, such as “enmity against God” or “spreading corruption on earth.”

As well as being punishable by death, these charges are frequently associated with the Iranian judiciary’s practice of using torture in order to elicit false confessions or compel suspects to implicate others. The torture in question was arguably made worse in the months following the November 2019 uprising because it coincided with the uncontrolled spread of Covid-19. Even by its own account, the Iranian regime is the Middle Eastern country worst affected by the pandemic, and the crisis has been especially severe in already overcrowded and unhygienic Iranian detention facilities.

After coming under far-reaching international pressure, Iran’s judiciary boasted of having supposedly released hundreds of inmates on furlough when the first wave of infections was at its peak. But domestic announcements of that initiative made it clear that persons suspected of “national security” crimes would not be eligible for release. This phrase is a well-worn euphemism for prisoners of conscience and foreign hostages, so the political wards of Iran’s prison system largely remained full and heavily exposed to infection.

The number of deaths attributable to this situation is not known and may never be known, in light of the secrecy surrounding Iran’s judicial proceedings and the lack of access to prison facilities by international monitors. But whatever the exact number, it is fair to say that some Covid deaths could be counted alongside deaths from torture and the denial of access to medical care as part of a category of informal executions. This, in turn, would supplement the estimate of formal executions published by Amnesty International: 246.

Even this number is surely an underestimate since Iran formally announces only a portion of its executions, and domestic activists are only able to confirm details about a portion of those that go unreported. Even in those cases, confirmation can be a long process, meaning that trends in Iranian capital punishment are often recognized only after the fact. Nevertheless, there are also already signs that 2021 is on pace to exceed the prior year’s execution statistics, possibly by a rather wide margin.

Iran Human Rights Monitor recently reported that after a pause of about 20 days coinciding with the Iranian New Year holiday in March, at least 14 hangings were carried out in a one-week period. If the rate of executions persists at anything close to this pace, it will greatly exceed that which was observed at the beginning of 2021, when reports indicated that around 30 executions were carried out in January alone.

Even the lesser of these two rates would be sufficient to result in a major year-on-year increase since Amnesty’s total for 2020 equates to about 22 executions per month or about five per week. What’s more, critics of the Iranian regime anticipate that the number of executions – especially politically motivated executions – is more likely to increase than to remain stable. This is because after being held in check by earlier waves of coronavirus infection, political unrest now appears to be re-emerging on a scale that threatens further nationwide uprisings.

Iranian state media has openly acknowledged this possibility and has endorsed expanding repressive measures on the grounds that anti-government demonstrations are being spurred on by the People’s Mojahedin Organization of Iran (PMOI/MEK). On Tuesday, the state-run Students News Network published an article blaming the MEK for the “destruction of the minds, consciences, and psyches of the youth” and warning that it could harm the “structure of society and the system” in a way that is “strategic and irreparable.”

In 1988, Iranian regime authorities made the MEK the primary target of tribunals and systematic executions, which reportedly claimed more than 30,000 lives over a period of several months. None of the known perpetrators of that massacre have faced accountability for it, and many have moved up the ranks of the regime in the years since. Among them is Ebrahim Raisi, who was appointed as judiciary chief in 2019 and had been overseeing the rise in politically motivated executions ever since.