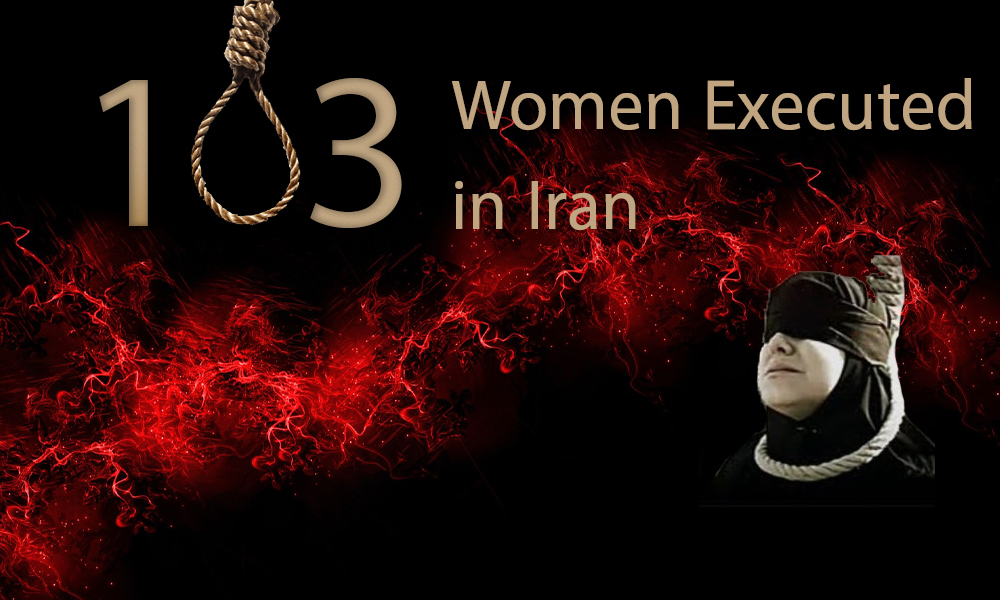 Iran’s regime has hanged another three women in prison, bringing to 103 the number of women executed since Hassan Rouhani took office as President.

The Women’s Committee of the National Council of Resistance of Iran on Sunday confirmed the identities of the three women executed in early and mid-December. All three women were hanged in the notorious Gohardasht (Rajai Shahr) Prison in Karaj.

“The two women hanged in Gohardasht Prison on December 4, 2019, had been transferred to Gohardasht from Qarchak Prison to carry out their death sentence,” NCRI Women’s Committee stated.

The first victim, Fatemeh Ghezel Safarlou, had been initially sentenced to three years for her alleged charges, yet subsequently, she was sentenced to death.

Nargess o-Sadat Tabaii was the second woman executed on December 4, 2019. She was around 50 years old and had been imprisoned for seven years prior to her execution.

The misogynist regime ruling Iran had executed three other women in addition to these three this month, bringing the total number of women executed in the first three weeks of December to six. The other three victims were identified earlier as:

According to the NCRI Women’s Committee: “The news of the executions of only two of these women has been announced by the Iranian state media. Iran holds the world’s record of top executioner of women.”

Due to the Iranian regime’s failure in categorizing deliberate murders according to their degrees, regardless of their motives, anyone committing murder is sentenced to death. Many of the women convicted of murder in Iran are victims of violence against women and have committed murder in self-defense.