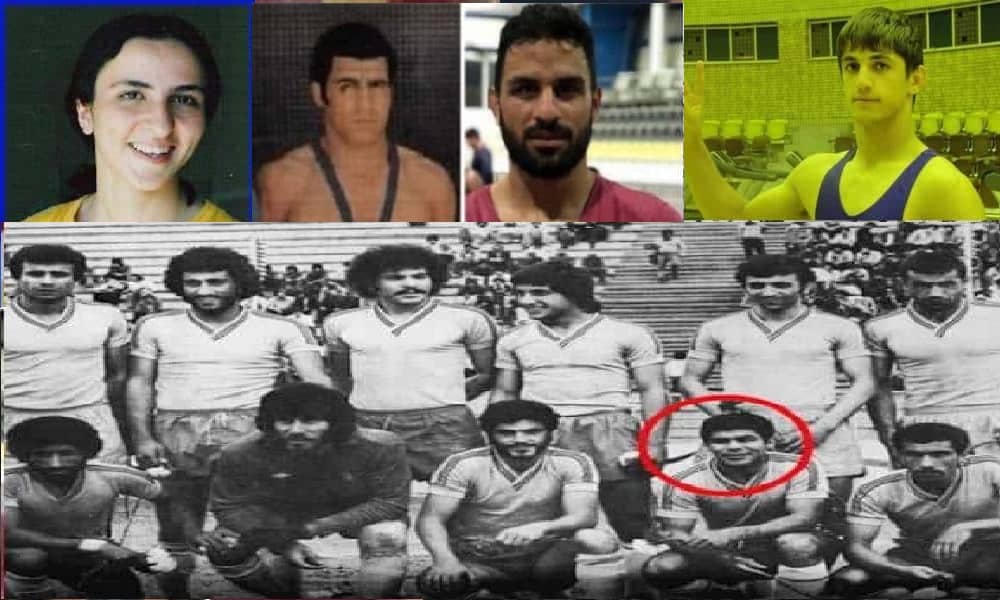 In other countries around the world, athletes are considered national treasures. But the regime ruling Iran mistreats, arrests, and executes Iranian athletes.

On January 9, the Iranian regime sentenced political prisoner Mohammad Javad Vafaei Sani, a boxing champion from Mashhad to death after two years of imprisonment and torture. Vafaie was arrested following the major uprisings in 2019 in Iran and sentenced to death on the charges of supporting  Iran’s leading opposition group, Mujahedin-e Khalq (MEK), and “corruption on earth,” a bogus allegation by the ruling theocracy to justify its hangings.

But Vafaie is not the first detained athlete-protester facing execution. On September 12, 2020, The Iranian regime hanged Iran’s wrestling champion Navid Afkari, despite international outcries to stop his execution.

Another wrestling champion, Mohsen Ghasemi, died after nearly two years in a coma. Ghasemi won a gold medal in Asian wrestling in 2011 in 74 kg classification. The regime’s thugs savagely beat him at a rehabilitation camp in Bojnourd.

In another case, Zahedan Criminal Court sentenced Yazdan Mirzaei, a gold-medalist wushu fighter,   to death on drug-related charges. He has vehemently denied these bogus charges.

Since coming to power, the medieval theocracy has demonstrated no scruples in executing anyone deemed a threat to its survival, and athletes are no exception. In 1988, the regime massacred 30,000 political prisoners, 90 percent of them affiliated with the MEK. Several victims,  including Foroozan Abdi, a member of the Iranian women’s national volleyball team, and Mahshid Razaghi, a member of Iran’s national soccer team, were among them.

In 1982, the Iranian regime executed Habib Khabiri, the beloved captain of Iran’s national soccer team during the World Cup in Argentina, who was a role model for many Iranian youths. Khabiri had refused to denounce the MEK.

Before his execution, Navid Akari said that the mullahs were “looking for a neck for their rope,” shedding light on the regime’s need to terrorize Iran’s increasingly restive society.

Oppressing and mistreating athletes is not limited to torture and executions. Due to the regime’s institutionalized corruption, ineptitude, and mismanagement, many Iranian national heroes are forced to become street vendors to make a meager living.

In November 2021, Iran’s state media published the story of the hard life of Masoud Rastegar. Rastegar,  a deaf judoka in the country’s national team who had won the bronze medal in the Paralympics competitions in 2017 in Turkey, collects garbage to help his family.

“When we go to the sports office and say give us a handful of training clothes, they keep saying we don’t have any,” he told the state-run Aparat online TV. “At the time of the championship, the same officials greeted me and put up a banner and took a photo under it,” he added.

Another wrestling champion, Mohsen Madhani, was beaten by the regime’s forces for street vending.  “An athlete and a world champion don’t deserve to be a street vendor,” he said in a video posted on social media in November 2020.

Mohsen Madhani, world championship medalist in wrestling works as a street peddler to earn a living. Various social classes have been forced to enter this line of work in #Iran due to extreme poverty.
Over 60 million of the population of 84 million live in poverty. pic.twitter.com/i0jm16b01d

Iranian athletes are forced to turn to street peddling while the country sits on an ocean of oil and gas. As a result, many have left Iran and are now competing under other flags.

For Iran’s ruling theocracy loyalty to the regime is the only criteria for success. When Iranian athletes refuse to sell their honor and dignity, they are prosecuted, forced to live in poverty, or flee their homeland.

By refusing to bow to Iran’s murderous regime, the Iranian athletes have earned a special place in people’s hearts and minds.  A trophy carries dust, but memories last forever.  This is the story of Iranian athletes who have chosen to be people’s champions rather than the regime’s puppets.