Iran: The Pioneering role of The Canadian Parliament 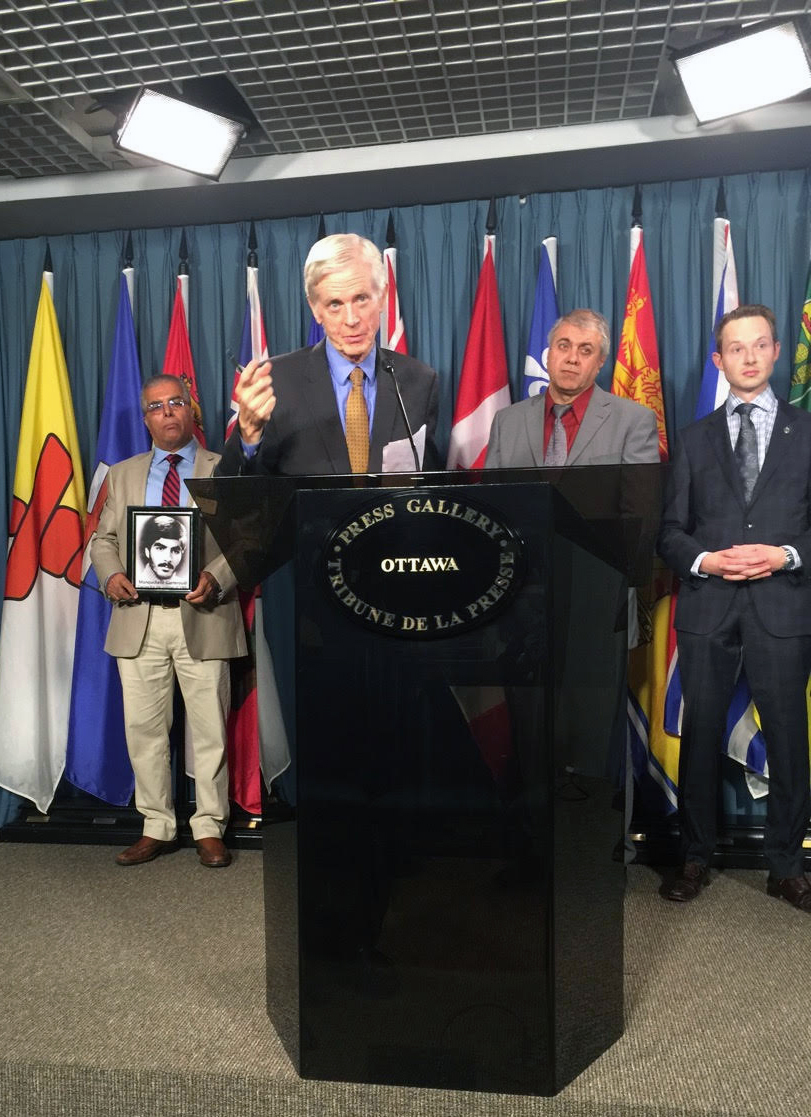 ‘Canada Can Lead Global Criticism Of Iran’s Human Rights Abuses’, this is the title of an article written by David Kilgour Former member of Canada’s House of Commons and Secretary of State published in Huffingtonpost.ca on October 6. In this article after referring to  the Worst Massacre of Political Prisoners since WWII which was committed by Iran regime in 1988, Kilgour suggests the importance and necessity of taking immiditate next actions, following is the full text:

The Canadian House of Commons is one of few parliaments in the world to have formally acknowledged and denounced one of the worst crimes against humanity in recent history.

In the summer of 1988, the still-fledgling Iranian theocracy initiated a crackdown on political dissent, partly to save face at the end of the humiliating eight-year Iran-Iraq War. Ayatollah Khomeini issued a religious edict ordering the death of any political prisoner who failed to demonstrate loyalty to the regime.

After a long series of “trials,” some lasting as little as one moment, 30,000 men and women — mostly activists of the opposition People’s Mojahedin Organization of Iran (PMOI/MEK) — were executed.

Every Canadian citizen and policymaker can be proud that their country is ahead of the curve when it comes to recognizing the emergence of new information about the Islamic Republic.

The international community recognizes those statistics, but appears to attach little emotional weight to them. Knowledge of Tehran’s obsession with the death penalty does not necessarily translate to an understanding of the full extent of the regime’s brutality. Widespread ignorance about the 1988 massacre contributes to that lack of understanding. If more parliaments would adopt resolutions such as Canada’s, which “condemns the mass murder of political prisoners in Iran in the summer of 1988 as constituting crimes against humanity,” then more populations would understand the severe peril that Iranian democrats and dissenters face daily.

Although it took Canada 25 years to acknowledge formally the #1988massacre and to express ongoing solidarity with Iranian political prisoners, every Canadian citizen and policymaker can be proud that their country is ahead of the curve when it comes to recognizing the emergence of new information about the Islamic Republic.

As the catalogue of such information continues to expand and reach a wider range of countries, Canada has earned a unique opportunity to help guide international policy in more intelligent and realistic directions with regard to Iran’s human rights abuses.

Recently, an audio recording emerged after 28 years, providing Ayatollah Hossein-Ali Montazeri’s condemnation of the massacre of PMOI supporters. At the time, Montazeri was designated to be the Islamic Republic’s second supreme leader, but he was driven out of the regime as a result of his refusal to sign off on the campaign of violent repression.

Despite his later status as an outsider, the information he conveyed in the audio recording cannot be questioned. Although Iran is notorious for its national propaganda, the regime has not attempted to deny the veracity of Montazeri’s account.

Consequently, the 1988 massacre has garnered unprecedented attention inside Iran, and conversations about it are finally beginning to be heard in the West. The recording could realize Montazeri’s promise that the names of those involved in the massacre “will be etched in the annals of history as criminals.” More governments and legislators will receive domestic and international requests to condemn formally the individual perpetrators, many of whom still hold power in Iran.

How can any country which understands the 1988 massacre and the ongoing human rights crisis in Iran seek expanded relations with the fundamentalist theocracy? In light of the unanimous consent for Canada’s 2013 resolution of condemnation, we should demand an inquiry into the 1988 massacre by the United Nations and also push for the surviving architects of the massacre to be charged with crimes against humanity.

This action would be an important first step toward bringing an end to Iran’s widespread political repression and thus ultimately clearing the way for a secular, democratic government in the Middle East.

Previous articleWhy Narrative of “Moderates” versus “Hardliners” within the ranks of the Iran Regime is a Myth?
Next articleIranian Mullah: Presence of unveiled woman in the street is presence of enemy’s infantry