Iran: The UN Experts’ Letter, a “Turning Point” to Hold the Regime Accountable Over 1988 Massacre 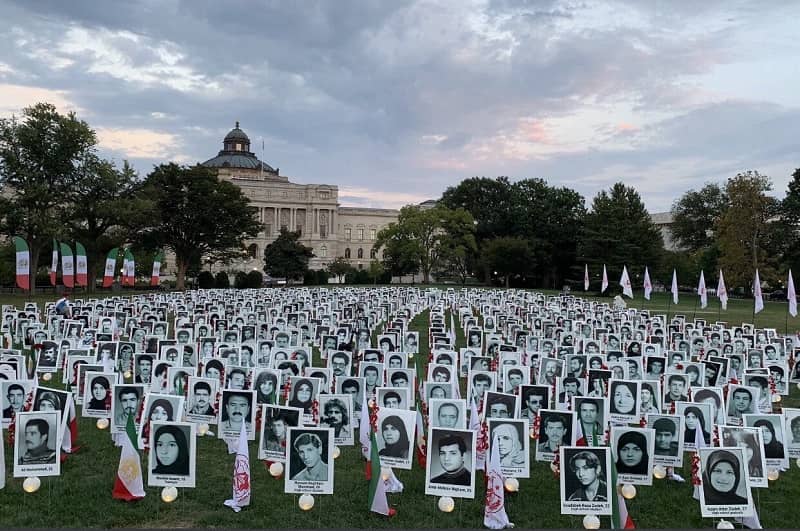 On Wednesday, Amnesty International welcomed the publication of a letter signed by seven UN human rights experts, calling it a “turning point” in a three-decade struggle between Iran’s theocratic dictatorship and the countless individuals affected by the regime’s worst crime against humanity. The letter was sent to the regime’s officials in September and published on Wednesday.

In the summer of 1988, over 30,000 political prisoners, mostly members and supporters of the People’s Mojahedin Organization of Iran (PMOI, Mujahedin-e Khalq or MEK) were executed in a span of a few months.

“Between July and September 1988, the Iranian authorities forcibly disappeared and extrajudicially executed thousands of imprisoned political dissidents affiliated with political opposition groups in 32 cities in secret and discarded their bodies, mostly in unmarked mass graves,” the letter declared. After explaining the details of this systematic massacre and highlighting six individual victims as case studies in the regime’s conduct, the letter went on to convey a series of specific demands including the provision of information explaining ongoing denials of rights of people seeking justice for their murdered relatives and friends.

In any event, the recent publication of that letter seems to indicate that they did not any answer from the regime regarding the 1988 massacre. “We would appreciate receiving a response within 60 days,” they noted. “Passed this delay, this communication and any response received from your Excellency’s Government will be made public via the communications reporting website. They will also subsequently be made available in the usual report to be presented to the Human Rights Council.”

Despite being presented as another instance of outreach to the Iranian regime, this letter ultimately serves as a starting point for the circumvention of that outreach, and the application of direct pressure on the regime from a coalition of foreign entities. Indeed, the letter itself seems to indicate that this is something that was missing from the earliest international response to the 1988 massacre, and that it set the stage for the ongoing human rights crisis the letter describes.

The authors note that at the end of 1988, the UN General Assembly mentioned the massacre in the context of its general resolution on Iran’s human rights situation. But no further action was then undertaken by the General Assembly, the Security Council, or the Human Rights Council. “The failure of these bodies to act had a devastating impact on the survivors and families as well as on the general situation of human rights in Iran and emboldened Iran to continue to conceal the fate of the victims and to maintain a strategy of deflection and denial that continue to this date,” the letter said.

It is difficult to read this particular passage as something that is genuinely intended to influence Tehran’s decisions regarding cooperation with foreign inquiries into the 1988 massacre. It is much easier to view it as a sort of advance instruction to the Human Rights Council to take action when the content of the letter reaches it through “the usual report.” In other words, the letter gives the impression that the relevant human rights experts are prepared to urge the council and the UN as a whole to compensate for the mistakes that it made by not addressing Iran’s worst human rights abuses while they were still ongoing.

In that context, the specific requests for information can be understood not as genuine appeals to the Iranian regime but rather as a catalog of the topics on which Tehran has already refused to provide information, despite countless opportunities for international cooperation. In the long run, that list of topics may comprise the agenda of an UN-led investigation into the specific details of the 1988 massacre – something that the National Council of Resistance of Iran (NCRI) have been fiercely urging for many years.

If that is the true intention behind the now-public letter, it would lend credence to Amnesty International’s description of that letter as a turning point. The NCRI’s advocacy has been well-founded on the understanding that Tehran would never investigate its own wrongdoing or even acknowledge that such wrongdoing has taken place. But among Western governments and UN experts there has been shockingly little support for the prospect of taking it upon themselves to pursue justice for victims of the regime’s crimes.

Yet, Tehran’s latest denial is simply the straw that breaks the camel’s back and convinces international policymakers that appeals to the mullahs’ conscience are necessarily fruitless. Whatever the case may be, any policymaker who recognizes that fact must now join the UN’s human rights experts in demanding full information about the 1988 massacre.

Let September’s letter be the last polite request. And from this point forward, let economic sanctions and diplomatic isolation serve to compel Tehran to fully cooperate with a thorough, independent investigation into its worst crime. And when the facts of that case are more fully established, the international community should hold the perpetrators to account at the international court, since there can be no doubt that they will never face accountability in Iran under the mullahs’ regime.