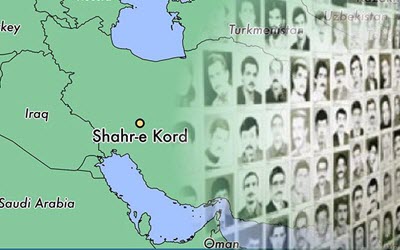 NCRI – Relatives of executed members of the main Iranian opposition group People’s Mojahedin Organization of Iran (PMOI or MEK) in Shahr-e Kord, the capital city of Chaharmahal and Bakhtiari Province in central Iran, have condemned the mass execution last week of Sunni political prisoners in Iran.

In a statement earlier this week, the families and supporters of the PMOI (MEK) in Shahr-e Kord said:

“The mullahs’ regime once again committed a crime. The mass execution of Sunni prisoners demonstrates the weakness of this sinister regime. They committed such a crime on the anniversary of the massacre which occurred in 1988. The oppressive regime hopes to survive through such acts.

This only shows that this regime will inevitably fall at the hands of the people with the price that has been paid by the blood of the martyrs of the 1988 massacre.

Therefore, we condemn these crimes and ask all international organizations, institutions, and the freedom-loving countries to condemn this brutality and to prosecute those responsible for them.

Last week, Mrs. Maryam Rajavi, President-elect of the Iranian Resistance, described the mass execution of Sunni political prisoners in Gohardasht Prison, carried out on the anniversary of the 1988 massacre of political prisoners in Iran, an appalling crime against humanity. The regime is trying in vain to contain the volatile social atmosphere and popular protests by terrorizing the public, she said.