Text of Iran statement backed by majority of Italy’s Senators 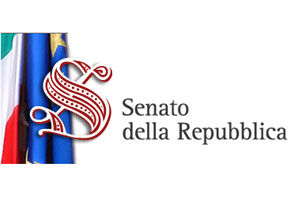 NCRI – Only days before the Iranian regime’s President Hassan Rouhani travels to Rome, a majority of Italian Senators have called on the government of Matteo Renzi to make Italy’s relations with Iran’s regime contingent upon a halt to executions.

The following is the text of a statement – supported by a majority of Senators – which was unveiled at a conference on Thursday in the Italian Senate:

Human rights violations in Iran have continued unabated for more than three decades. With more than 2000 executions carried out during Hassan Rouhani’s tenure, Iran is the world’s number one executioner per capita, and it is the largest executioner of children.

“The Iranian authorities are believed to have executed an astonishing 694 people between 1 January and 15 July 2015”, Amnesty International said on 23 July 2015, in an unprecedented spike in executions in the country.

Iran is the largest executioner of children. Executions of ethnic and religious minorities have regrettably increased. A number of Christian priests have been jailed for defending their faith. Violations of the rights of minorities, women’s rights and civil rights and anti-democratic foundations are enshrined in the country’s constitution and laws.

In the summer of 1988, following a religious fatwa by Khomeini, 30,000 political prisoners, the vast majority affiliated to the People’s Mojahedin Organization of Iran (PMOI or MEK), were massacred for refusing to reject their political beliefs. Human rights organizations have described this as a crime against humanity. The perpetrators of this massacre still hold key positions. Mostafa Pour-Mohammadi and Ebrahim Reissi, two members of the death commission set up by Khomeini to carry out the massacre, are now Rouhani’s Justice Minister and the country’s Prosecutor-General.

We condemn these executions and call on the government of Italy to make any negotiations or ties with Iran’s regime contingent upon a halt to executions and respect for human rights.

We urge the government to pressure Iran’s regime in international arenas including at the United Nations to halt executions and respect human rights.