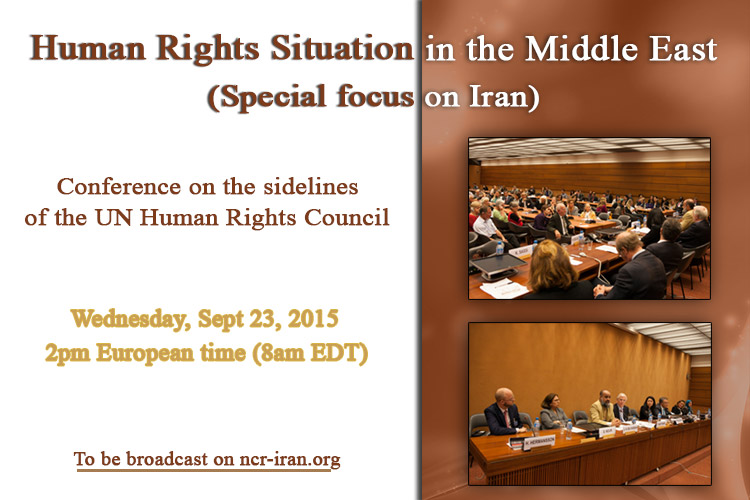 NCR-Iran.org will on Wednesday broadcast online last week’s major conference on the sidelines of the United Nations Human Rights Council in Geneva discussing the human rights situation in Iran. The broadcast will commence at 2pm European time (8am EDT).

Iranians plan to rally outside the United Nations in New York on September 28 to denounce the visit by the mullahs’ President Hassan Rouhani to the UN General Assembly.

The mullahs’ regime in Iran continues to execute more of its citizens per capita than any other U.N. member state. Some 2000 people have been executed under Rouhani in the past two years.