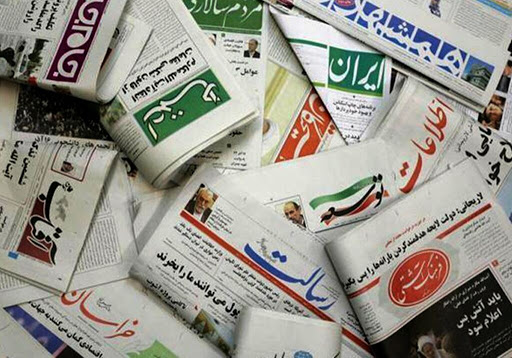 In their articles in recent days, Iran’s state-run media have been warning officials of looming major protests due to the economic, social, and COVID-19 crises, coupled with the regime’s mismanagement.

“What is evident in our society is that people are unsatisfied. The country’s problems are due to not having connection with the outside world. Our problems are because we have lost connection with the international system. Apparently [officials] do not understand we are on the same boat, and they keep targeting each other,” wrote the state-run Arman daily on Sunday.

The Iranian regime and its apologists bogusly boasted about the United Nations arms embargo being lifted on October 18. The regime’s president, Hassan Rouhani, even claimed people will be happy. In this regard, the state-run Etemad daily on Sunday wrote: “Contrary to the president’s view, the news of the lifting of the arms embargo is not good news for the public and has even been met with serious criticism on social media.”

“The rift between the public opinion and government considerations in dealing with sanctions and ruling will not be positive,” Etemad warned.

In addition, the state-run Jahan-e Sanat on Sunday wrote: “Rouhani’s announcement that the day after the end of the arms embargo, Iran will be able to sell and buy weapons is not good news for people. At least in Iran’s current economic situation and amid the coronavirus outbreak.” The article continued: “Instead of announcing this news, Rouhani should have listened to the cries and complaints of the people about the economy that he was in charge of managing … In the current situation, organizing the economy has a higher priority.”

In another article on Monday, Jahan-e Sanat daily, while calling people’s increasing hatred of the regime “the society’s violence,” warned officials of possible major protests due to the economic and social problems.

“Undoubtedly, the continuation of the economic recession and the emptying of the treasury of the government and the central bank of rials and dollars, and insufficient allocations of resources for various groups are some of the most important reasons for the society’s violence,” read the article.

The state-run Seday-e Eslahat, daily on Monday identified the regime’s “deception and corruption” as the root of what it called “people’s mistrust” in the system. “We must look for the root of this problem [people’s mistrust] in lies and deception. Corruption should not be ignored either. The fact is that we are faced with various forms of corruption, in large volumes, the dimensions of which have not yet been discovered. These corruptions are not necessarily related to one or two governments,” read the article.

In an interview with the state-run Hamdeli daily on Sunday, Farshad Momeni, one of the regime’s economists, warned the regime of emerging dangerous crises. “Our country is exposed to an extremely dangerous phenomenon due to negligence and lack of professionalism in the field of policy-making and allocation of resources. Therefore, the minds of the country’s policymakers must be drawn to issues beyond poverty, such as misery. If we do not deal with this situation honestly, we are likely to be exposed to extremely dangerous disruptions, riots, and crises,” Momeni told the Hamdeli daily.

Previous articleIran News in Brief – October 19, 2020
Next articleIranian Regime Is the Godfather of Terror