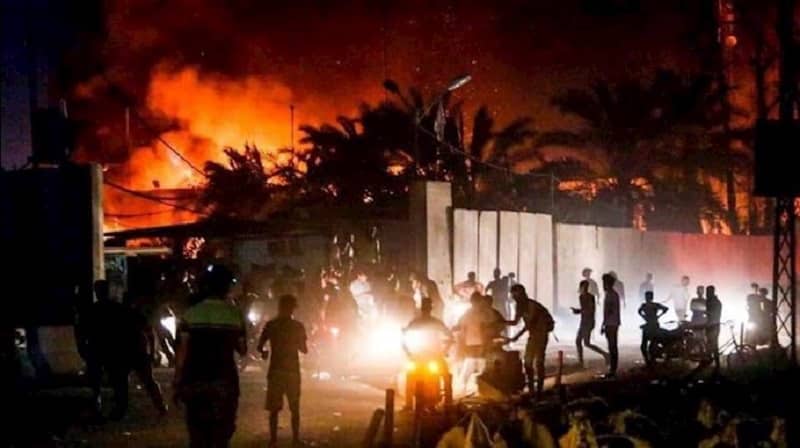 This development again showed how Iran’s terrorism and malign activities had destroyed the lives of Iranians and all the people in the region. It also underlines the fact that the mullahs’ regime is a threat to global peace and security.

In February 2021, a court in Belgium sentenced Iran’s diplomat-terrorist, Assadollah Assadi, to 20 years in prison. Assadi had used its diplomatic cover to transfer explosives from Iran to Belgium and attempt to bomb the opposition’s rally in France in 2018. Assadi’s arrest and his trial once again underlined that the regime’s embassies are acting as emissaries of terror.

This fact was recently confirmed by the regime’s Foreign Minister Mohammad Javad Zarif in a leaked audiotape. Zarif explicitly admitted that the diplomats he oversaw, including ambassadors to Iraq and Syria, were drawn from within the Revolutionary Guards (IRGC) ranks and the Foreign Ministry and the regime’s embassies have a “security” structure.

On November 15, 2019, the National Council of Resistance of Iran (NCRI) revealed how the Iranian regime’s ambassador to Iraq, Iraj Masjedi, acted as the secret governor of Iraq.

“It is clear that the Iranian regime’s ambassador to Iraq, Iraj Masjedi, is Khamenei’s secret governor of Iraq. And as a top Quds Force commander, he is clearly the regime’s most important person in Iraq. Together, these positions provide him with both the authority and the diplomatic cover to order his agents to massacre the people of Iraq when their public demonstrations present a challenge to Iran’s influence,” the NCRI’s report reads.

Ongoing protests in Iraq and Iran, flip sides of a coin

Now, as more evidence of the regime’s terrorism come to light, with the popular demand in Iran and other nations suffering from the mullahs’ terrorism, the international community must increase pressure on the regime to end its terrorist activities.