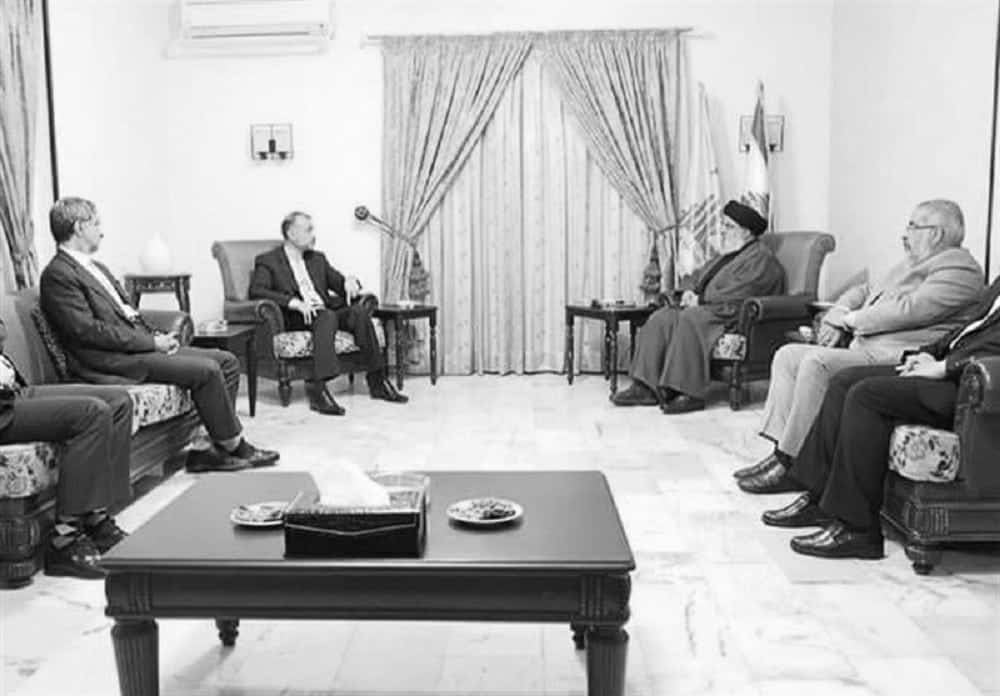 Iran’s new Foreign Minister, Hossain Amir-Abdollahian, traveled to Lebanon last week. His remarks during this trip once again underlined how Iran’s terrorist activities would rise under the administration of Ebrahim Raisi, aka the “hanging judge.”

Amir-Abdollahian first met with Hassan Nasrallah, the head of Tehran’s terrorist proxy group, Hezbollah. Lebanese outlets underlined that this visit underlined that warmongering and the spread of terrorism is Tehran’s top priority.

This fact was confirmed when Amir-Abdollahian visited the grave of Imad-Al-Mughniyeh, Hezbollah’s eliminated top commander, and scores of families of slain militias. Amir-Abdollahian has proudly represented himself as a “field agent” who had close relationships with the regime’s top terrorist, Qassem Soleimani. During a meeting between members of the Majlis and nominees for the foreign, interior, and health ministries, Amir-Abdollahian underlined he would “continue the path of Soleimani.” 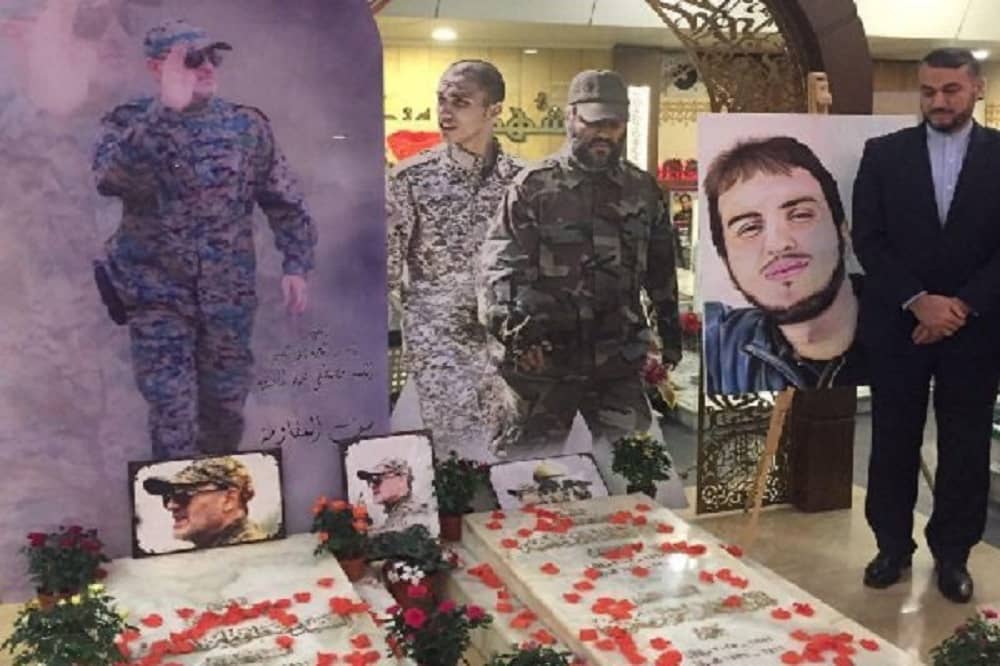 This means increasing support of terrorist activities, as Soleimani, who was the head of the extraterritorial Quds Force, was in charge of spreading terrorism through the regime’s proxy groups. Amir-Abdollahian underlined the fact that Tehran would continue sending fuel products to Lebanon. The country is facing various economic and political crises, including fuel shortages. Despite a nationwide disgust regarding Hezbollah, the Iranian regime is trying to use the fuel crisis to restore the group’s image by staging them as a key to Lebanon’s salvation.

In recent months, large fuel products have been shipped to Lebanon. Since August, Hezbollah has been coordinating these fuel shipments as shortages spread amid an economic crisis, despite the United States sanctions on Tehran’s oil sales. This could have serious repercussions for both Beirut and Lebanon. Amir-Abdollahian also underlined that Tehran is ready to build power plants in Lebanon and provide other aids to that country.

These remarks come at a time when Iranian people sell their organs for a living and could hardly make ends meet. Over 450,000 people have died due to the Covid-19 outbreak and the regime’s negligence. In summer, thousands of Iranians who were in intensive care units passed away due to the recurring power outages.

While referring to the regime’s intention to build power plants in Lebanon, the state-run Barkat News in September wrote: “These expenses are coming out of the Iranian people’s pocket, while the extensive blackouts have caused serious problems for their lives and wellbeing.”

Hassan Nasrallah: 'as long as Iran has money, Hezbollah has money'

Tehran continues funding terrorist groups while the economic and social crisis in Iran is increasing society’s restiveness. But, the regime continues funding terrorist groups as a part of its strategy to export domestic crises abroad. As underlined by the regime’s Supreme Leader, Ali Khamenei, if they “do not fight in Syria,” they should face the “enemy in the streets of Tehran.” The regime’s top officials have always described Lebanon, Iraq, and Syrian as their “Strategic depth.”

The regime’s ongoing shipping of fuel to Lebanon through Hezbollah aligns with the regime’s strategy to export terrorism. Since the beginning of an economic meltdown in Lebanon, there have been dozens of protests by locals. During their protests, locals blame Hezbollah “for the devastating, multiple crises plaguing the country, including a dramatic currency crash and severe shortages in medicine and fuel,” as the Associated Press reported on September 1. In recent months, people have set fire to many fuel shipments, showing their hatred toward the regime and its proxy terrorist group, Hezbollah.

Even the Lebanese Prime Minister Najib Mikati has said Tehran’s shipments constitute a breach of his country’s sovereignty. The Al-Akhbarieh daily reported that Lebanon could not endure possible U.S. sanctions. The regime needs to support the very unpopular Hezbollah in Lebanon as this terrorist group has been acting as Tehran’s boots on the ground in the Syrian War and other regional conflicts.

Regardless of their factional feuds, the regime officials have always supported the export of terrorism. Amir-Abdollahian had acknowledged that a lot of his experience was when he “cooperated with Soleimani in the foreign policy domain.” His predecessor, the so-called “moderate” Mohammad Javad Zarif, acknowledged that the regime’s Foreign Ministry has a “Security structure.” Zarif’s diplomat, Assadollah Assadi, was arrested in 2018 while trying to bomb the opposition’s rally in France.

The regime’s former president, Hassan Rouhani, also acknowledged on April 8 that “the frontline and diplomacy are two arms” of the regime. “If anyone believes that either the frontline or the negotiations must-win, then I must say that their words are incorrect,” he added. As long as the mullahs’ regime stays in power, the international community should expect Tehran to increase its malign activities.