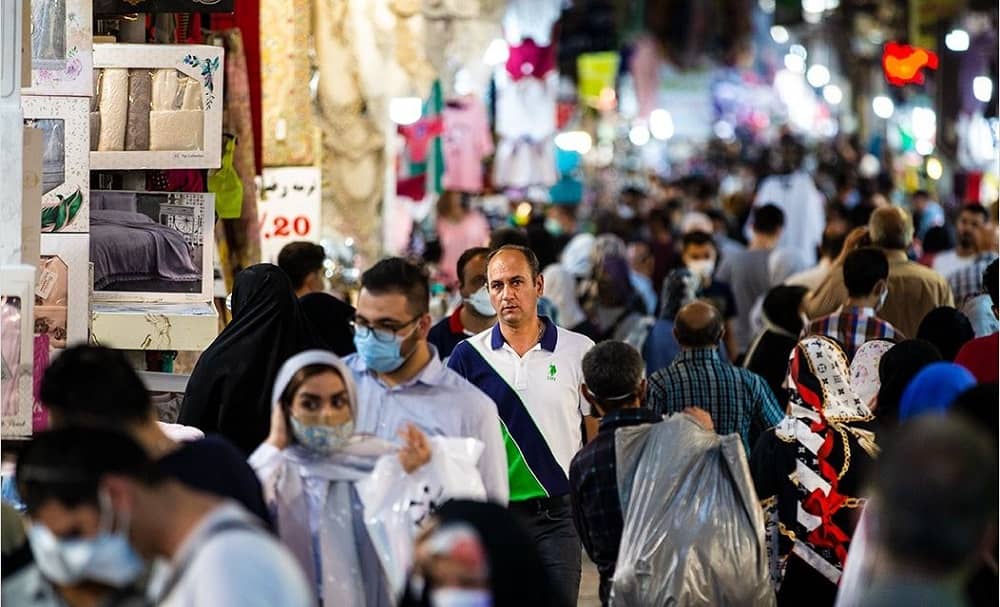 This week, the Iranian regime’s engineered death toll from Covid-19 has exceeded 122,000. The Iranian regime authorities are chronically under-reporting the mortality rates and downplaying a public health crisis that has been out of control since the beginning. According to the People’s Mojahedin Organization of Iran (PMOI/MEK), the actual death toll is over 450,000, nearly four times the official figure.

The MEK’s overall estimates are accompanied by specific estimates from various individual localities, reflecting the methodology used by the MEK’s network. That network has collected both publicly available reports and leaked documentation from medical facilities, morgues, and municipal government agencies all across the country. It has also highlighted eyewitness statements, particularly from medical professionals, to indicate that the health system is overwhelmed to a degree that does not align with the regime’s official statements.

The veracity of those official statements was widely called into question in the earliest days of the pandemic. By the time the regime acknowledged there had been even one case of coronavirus infection in Iran, some localities were already in a very dire situation. This resulted in a distinct mismatch between the statements of regime officials. In the city of Qom, morgues were reported to already be full before the end of February 2020, at which time the Iranian regime president and his Health Ministry insisted the nationwide death toll was still in the single digits.

Hassan Rouhani, later boasted that the regime “did not delay one day” in announcing the presence of the coronavirus once it was detected in the Iranian population. The claim was immediately dubious and was later proven false by the Iranian Resistance when it obtained documents from the National Emergency Organization which showed that the first cases had been identified at least a month before the first public statements.

Those statements might have been delayed even longer if not for the fact that evidence pointed to the likelihood of a large-scale boycott of the February 2020 sham parliamentary elections. This nationwide boycott happened despite the regime denied the Covid-19 existence.

Prior to the sham election, though, Tehran had denied the presence of Covid-19 for the sake of similar propaganda. In January and early February, the regime-held events to mark the 40th anniversary of its rise to power, and then commemorate the regime’s top terrorist operative, Qassem Soleimani, who had just been killed in a US drone strike. As with prior anniversary celebrations, attendance was mandatory for some government employees and was facilitated among other sectors of Iranian society through a campaign of mass marketing and material incentives.

The regime authorities encouraged celebrations of the Shiite religious holiday Arbaeen in recent days, without protocols to contain the spread of disease. The regime’s Supreme Leader Khamenei celebrated the holiday privately, recognizing the danger to his own health, but raised no objection to the notion of tens of thousands of Iranians traveling en masse to an Iraqi pilgrimage site where Shiites traditionally commemorate the martyrdom of Imam Hossein.

The regime’s new president, Ebrahim Raisi has supported the mass gatherings this week by drastically exaggerating the vaccination rate, bogusly claiming that 70 percent of the population is protected against the virus while even his own Health Ministry states that the figure is only 20 percent. Even then, the extent of the protection is questionable, especially for those who are neither wealthy nor well-connected enough to have obtained American or European-made vaccines on the black market.

In January, Khamenei banned the import of those vaccines, as a part of his regime’s inhumane Covid-19 policy, and pushed health officials to rush the release of a domestic alternative while also obtaining less effective or less extensively tested vaccines from Russia and China. The ban was reportedly relaxed somewhat over the summer when the fifth wave led to many consecutive days on which the official death tolls were over 100. But more recently, as the regime has settled back into the propaganda that falsely portrays the crisis as being well in hand, authorities have returned to full implementation of the ban.

This fact, together with the Arbaeen celebrations and the regime’s persistent strategy of denial and deflection, has led many Iranian doctors and some media outlets to express public concern about yet another resurgence of infection and mortality rates. In remarks to the Iranian Students News Agency, the deputy dean of Iran Medical Services University cautioned, “We must not think that vaccination can allow us to tone down the protocols.”

He did not acknowledge the low rate of such vaccination or the weakness of the protocols in question, but he did add, “If new variants of the virus enter the country and these variants cause an increase in infections, we might be faced with a sixth peak that is even worse than the previous one.”