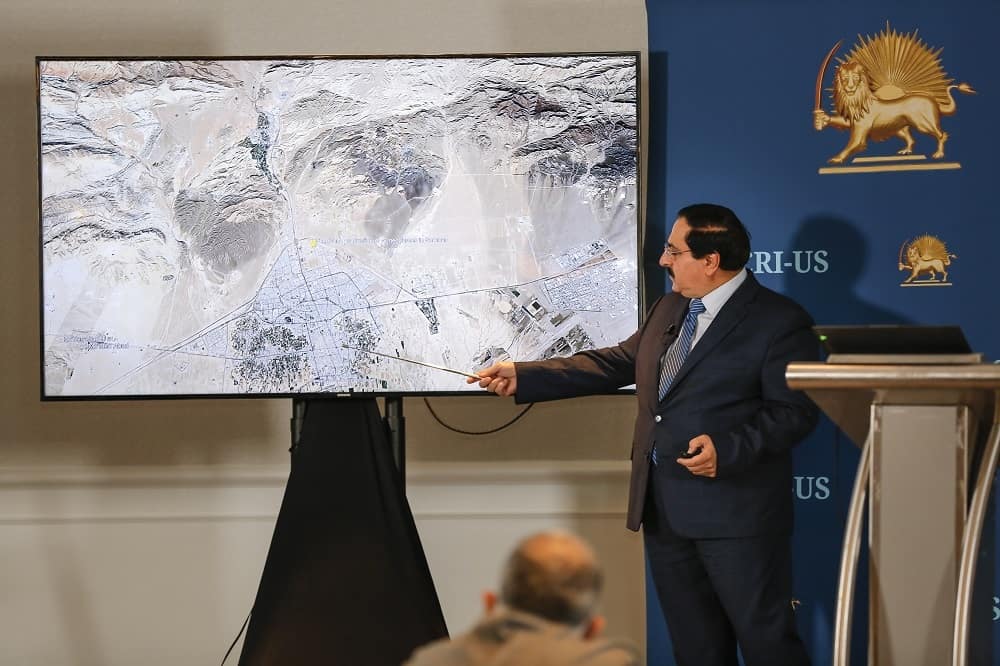 The National Council of Resistance of Iran held a press conference at its US representative office on Wednesday and revealed new details about the production, dissemination, and deployment of unmanned aerial vehicles used by both the Iranian regime and its militant proxies in the surrounding region.

The information in question was reportedly obtained from an intelligence network maintained by the People’s Mojahedin Organization of Iran (PMOI/MEK). The press conference touched upon the long history of Tehran’s development of drone and missile stockpiles as compensation for the inability to modernize its traditional air force in the face of international sanctions. Among several facilities highlighted by the NCRI was one that was established in the name of Paravar Pars Company alongside the Sepehr Airport in 1995. The press conference noted that the facility was associated with the Revolutionary Guards (IRGC) since the beginning, and in 2005 was placed under the control of the IRGC Aerospace Force. It functions to build drones and ultralight aircraft, as well as to install new equipment on existing vehicles. 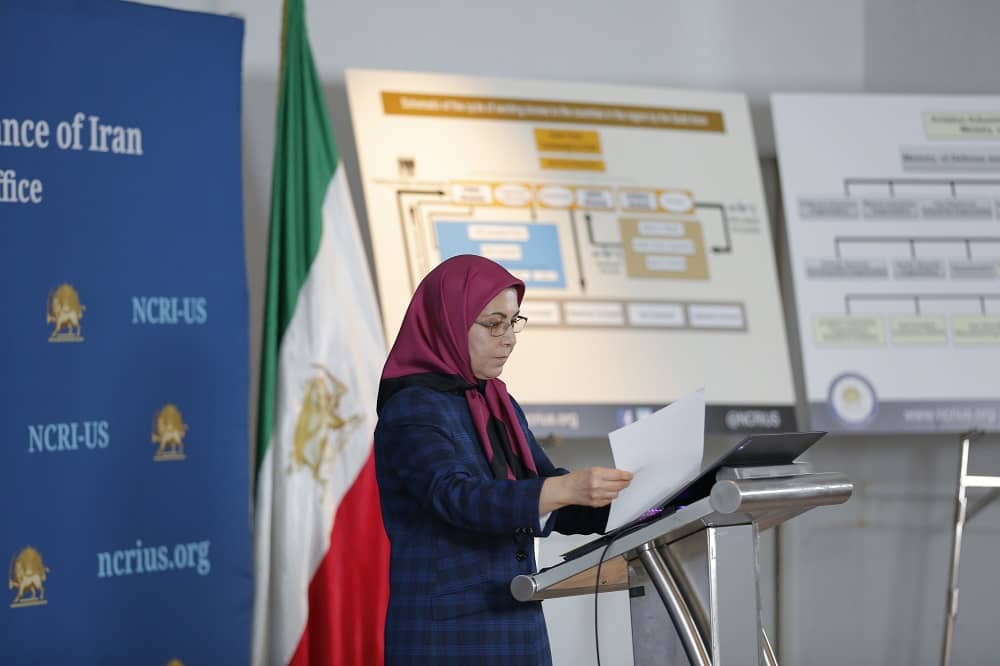 The NCRI’s presentation of historical context was balanced with disclosures about very recent developments regarding drone production and underlying infrastructure. The Iranian Resistance’s conference identified one major complex in Semnan that had been operational only since 2019. This reflects the growth in the perceived importance of UAVs among the regime’s military and paramilitary leadership, which is represented in the facility’s operations. The Semnan complex is a site of joint activity by the army, the IRGC, the State Security Forces, and an IRGC-linked militia known as the Bassij.

The drones produced at Semnan were intended for use in border regions. Some of the facility’s products have played a role in the recent proliferation of drone technology among the regime’s proxies just beyond Iran’s western border, in Iraq. Concerns about that proliferation were publicly expressed by American military officials earlier this year, in the wake of multiple drone attacks on US interests in the country.

Between April and June, at least six such attacks were recorded, with at least one of them targeting a covert facility and highlighting the likely growth in sophistication not only of the militants’ drone technology but also their intelligence operations and infiltration of the Iraqi power structure. Both categories of activity are supported by the Quds Force, the IRGC division dedicated to operations outside Iran. The Quds Force has been creating more highly-specialized groups within its existing militant framework, including groups trained on the use of modern drone technology.

At least four Iraqi Shiite groups have since begun making use of such technology. This has permitted them to target specific assets. “The drones are a big deal, one of the most significant threats our troops there face,” said Michael P. Mulroy, a former CIA officer and top Pentagon official dealing with Middle Eastern affairs, in conversation with journalists in May. 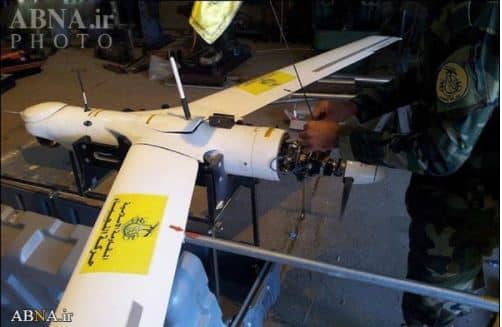 The Iraqi militants are not the first to benefit from the regime’s investment in drone technologies. Hezbollah, the Lebanese terrorist group, began openly operating drones based on Iranian design in 2004. By 2013, Hezbollah’s stockpile of such aircraft had grown into the dozens, or perhaps into the hundreds. In 2017 and 2018 Houthi militants in Yemen were found to be penetrating deeper and deeper into the territory of Saudi Arabia.

In January 2018, a United Nations Panel of Experts concluded an analysis of components recovered from sites where drones had been used in kamikaze missions in Saudi Arabia and announced that the drones in question were virtually identical to those manufactured by the Iranian regime. Similar analyses have been conducted more recently with components recovered in Iraq, and the findings have been the same.

The widespread proliferation of Iranian-made drones, as well as drones made elsewhere based on the regime’s designs, reflects considerable investments by the Iranian regime. Those investments represented the expropriation of funds plundered from Iran’s national wealth through practices such as the confiscation of property in the wake of political imprisonment.

The regime’s drone program represents a growing threat both to global security and to a domestic population that is suffering from an 80 percent poverty rate and a coronavirus epidemic that remains almost entirely out of control. Yet, the world community is maintaining too soft a stance in the face of such threats, while it should sever all diplomatic and economic ties with the Iranian regime pending serious conciliatory gestures from the regime.

“Any dealings with the regime in Tehran… must end,” the NCRI said in a statement accompanying the press conference. “All activities, including production, use, and research on drones and the regime’s missile program must be included in demands. Otherwise, because of its severe domestic weaknesses, the clerical regime will place more emphasis on creating regional instability in order to buy time and preserve its rule.”