The U.S. Administration’s Pick for the Iran Post Will Likely Back a More Aggressive Stance 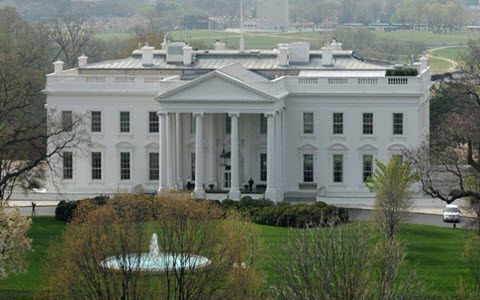 The Trump administration plans to install a political appointee at the State Department to a key position managing policy on Iran and Iraq, a move that will replace a career diplomat with a loyal supporter of the president.

Andrew L. Peek, a former captain in the U.S. Army Reserve and member of the president’s State Department transition team, will become the new deputy assistant secretary of state covering Iran and Iraq, according to three State Department officials familiar with the matter.

Peek, a former U.S. Army intelligence officer, has no prior diplomatic experience and has not earned a reputation as an established expert on Iran or Iraq but has years of experience in military intelligence and in the Senate, where he served Republican senators on foreign-policy issues.

He will replace Chris Backmeyer, who currently serves as deputy assistant secretary for Iran. Backmeyer previously served as deputy coordinator for sanctions policy at the State Department and National Security Council director on Iran from 2012 to 2014 under President Barack Obama.

The State Department is expected to make the announcement on Monday, according to two sources familiar with the deliberations.

In his new role, Peek could wield outsized influence on Middle East diplomacy, according to one State Department official, in large part because of how many State Department posts that require presidential nomination sit empty nearly a year into the Trump administration.

Since Trump entered office, White House officials have privately expressed frustration with the career foreign service officers handling Iran policy in the State Department. In deliberations over the Iran nuclear deal, some officials on the National Security Council have clashed with their counterparts, arguing for a more aggressive stance toward Tehran and for laying out options to abandon the nuclear accord. One civil servant, Sahar Nowrouzzadeh, was pushed out of a top advisory role on Iran policy at the State Department after conservative media attacked her for having played a role on former President Barack Obama’s Iran nuclear deal.

The impending appointment of Peek comes amid growing tension between Iran and the United States. Trump informed Congress in October he could no longer certify under U.S. law that the nuclear agreement between Iran and world powers was in the national interest. The decision has fed speculation that the administration aims to derail the agreement, while European allies have warned the White House that the collapse of the accord could increase the likelihood of Iran obtaining nuclear weapons.

The deal between Iran and the United States, United Kingdom, France, Germany, Russia, and China eased sanctions against Tehran in exchange for strict limits on the country’s nuclear program.
A State Department spokesperson for the Near Eastern affairs bureau declined to comment on Peek’s potential nomination.