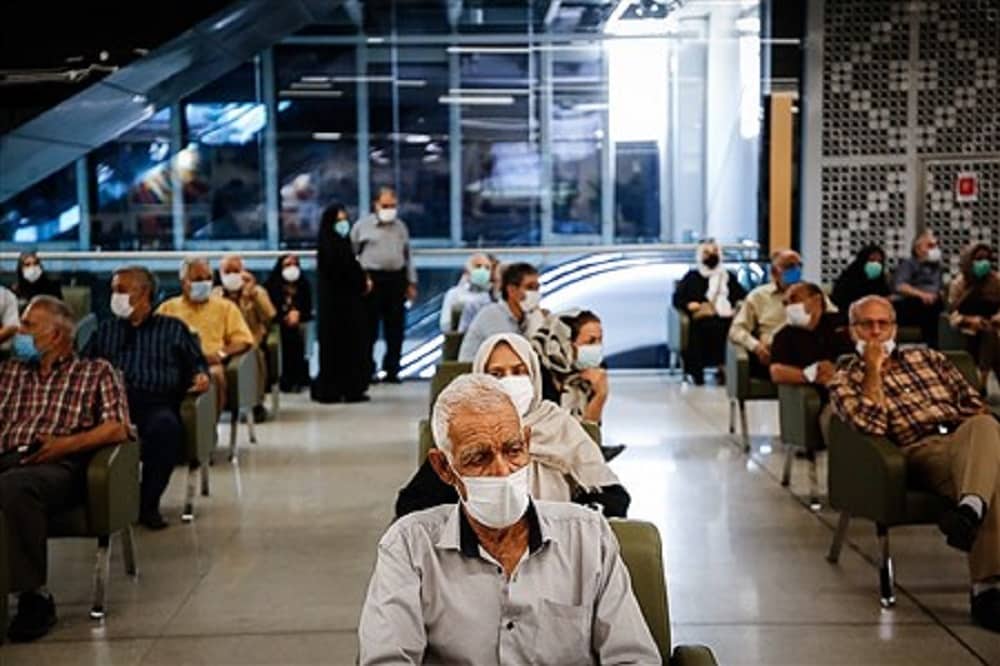 On Tuesday, the Iranian opposition reported that over 382,600 have passed away due to the Covid-19 outbreak in Iran. Even the regime’s engineered statistics rapidly increase with hundreds of daily deaths.
With thousands of deaths each day, it is safe to say that almost every Iranian family has lost someone. Lives have perished while they could have been saved if the regime had not initiated an inhumane Covid-19 policy. This policy started with a cover-up, continued with inaction, and reached its peak when the regime’s Supreme Leader Ali Khamenei banned internationally recognized Covid-19 vaccines in January.

The Covid-19 crisis in Iran has reached a point that regime officials and state media are forced to acknowledge a part of the crisis in Iran.
“Nothing has changed since February 25, 2020. There is no management of coronavirus. We have left the virus to roam free, and some people are benefiting from it. They do not care about the people who are dying by the thousands,” wrote the state-run Javan daily, an outlet linked to the Revolutionary Guards (IRGC) on Tuesday.
“[Deputy Health Minister Iraj] Harirchi has said that we should increase the official death toll by 250 or 300 percent. However, I say that you should increase the official death toll by seven-fold! According to stats I have received from various areas since the beginning of the coronavirus pandemic, I have realized that in several regions, we can increase the official death toll up to seven-fold to realize the accrual stats. In September 2020, we had an estimated 350,000 fatalities; however, they have engineered the details,” Javan daily adds, quoting a professor of statistics and epidemiology in Tehran Medical Sciences University.
According to Jahan-e Sanat daily on Monday, The Covid-19 Lambda variant “has been identified in the north of Iran.”
“The lambda variant is more lethal and contagious than the previous variants—the percentage of infection and the severity of the disease increase by 200% in each mutation. So the combination of these variants is terrible,” Jahan-e Sanat wrote.
The Iranian regime’s new president, Ebrahim Raisi, claimed the regime is procuring a total of 60 million doses of vaccines. Since the regime has delayed the general vaccination and since Iran is hit by several Covid-19 waves and its various mutations, the vaccination is no longer effective.

“It should also be noted that vaccines are much less effective now. Because the American Research Center tested the Pfizer and Moderna vaccines against lambda variants, the effectiveness of these vaccines against the lambda variant is reduced by 3.5 times. Thus, the effectiveness of other vaccines against this strain is further reduced.”
While Javan daily, an outlet linked to the IRGC, acknowledged the real Covid-19 death toll is nearly over 700,000, it is worth noting that when Khamenei banned Covid-19 vaccines and insisted on producing the so-called “domestic” vaccine, the IRGC, its front companies, and other foundations under Khamenei’s supervision, profited from this situation.
This was underlined by Arman daily on Monday, acknowledging that “one of the reasons the vaccination process failed, since it has become a corrupt business practice.”
Arman daily adds that “The first thing to blame is the revelation of different Iranian vaccines since last year. The second thing to blame is the [authorities’] negligence in purchasing the vaccine. Since February 2021, when vaccination started in our country, only 5,531,257 people have received their second dose so far. This has made Iran one of the first countries to receive mutated Covid-19, and people pay the price with their lives.”
The Barkat Pharmaceuticals Holding Company was in charge of producing the so-called domestic vaccines. This parent company owns 60.6 percent of the Alborz Investment Group, the second-largest pharmaceutical holding company in the country. The company is owned by Execution of Imam Khomeini’s Order (EIKO), which is under Khamenei’s control.
When Raisi recently appointed Mohammad Mokhber, the previous chief of the EIKO, as his chief of staff, the promises of procuring vaccines for the Iranian people once again were confirmed to be a hollow promise.

Khamenei intended to use the Covid-19 to paralyze Iran’s restive society and prevent another uprising. As the crisis deepens in Iran, state media acknowledge the regime has failed in reaching its goal of quieting the society, and people’s hatred has increased.
“This situation has gradually put society at risk of depression, obsessive-compulsive disorder, and social anger. The [current crises] do not heal and leave long-term effects. Today, if we do not think of a solution for the near future, we will pay huge costs for it,” Atab-e Yazd daily warned on August 17.

Previous article
Iran: To Control The Regime’s Malign Activities, The West Should Put More Pressure On It, Not To Appease It
Next article
Iran: Regime’s Inhumane COVID-19 Policies Take the Lives of 384,900