After days of deception and delay in procuring Covid-19 vaccines, the Iranian regime’s Supreme Leader explicitly banned the import of credible vaccines to Iran. His remarks contradict previous claims by officials. 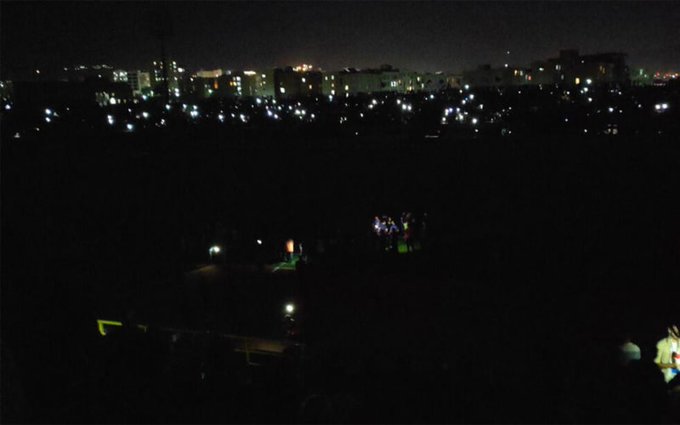 According to local reports and footage, on January 13, Tehran and many cities across Iran went into darkness. This power outage took place while the people simultaneously faced enormous dilemmas due to the coronavirus outbreak and air pollution.

Officials have yet to provide acceptable explanations. Nonetheless, according to local sources in Urmia city, northwestern Iran, the power outage has brought several dilemmas for merchants and ordinary people.

Maryam Rajavi’s Message on the 25th INTV Telethon, a Symbol of National Solidarity 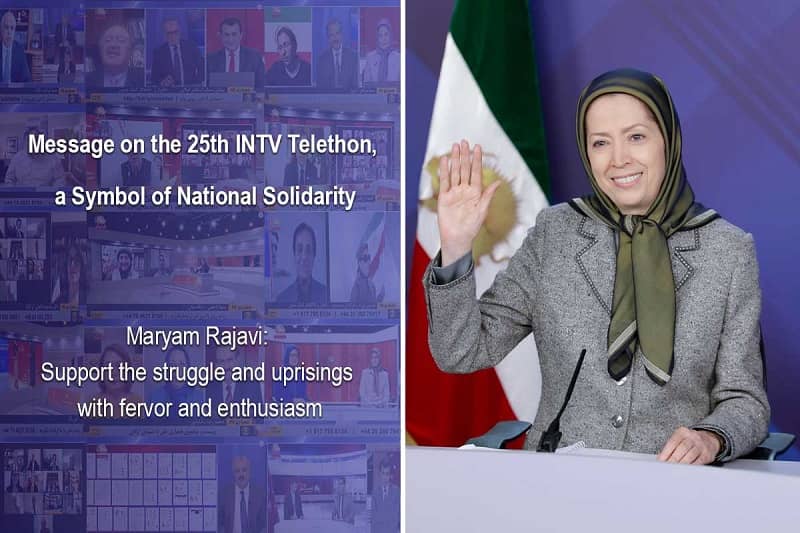 Maryam Rajavi: Support the struggle and uprisings with fervor and enthusiasm

Congratulations and compliments on the shining galaxy of solidarity, spearheaded by people inside Iran, in Shiraz, Tehran, Isfahan, Mashhad, Oroumieh, Behbahan, Qom, Qahdrijan, Rasht, and Karaj, and sustained by the long columns of activists across the world. Together, they formed an arrow released from the bow of Iran’s legendary hero Arash, tearing through the darkness and gloom of the mullahs’ coronavirus, and cultivating light and brightness everywhere. 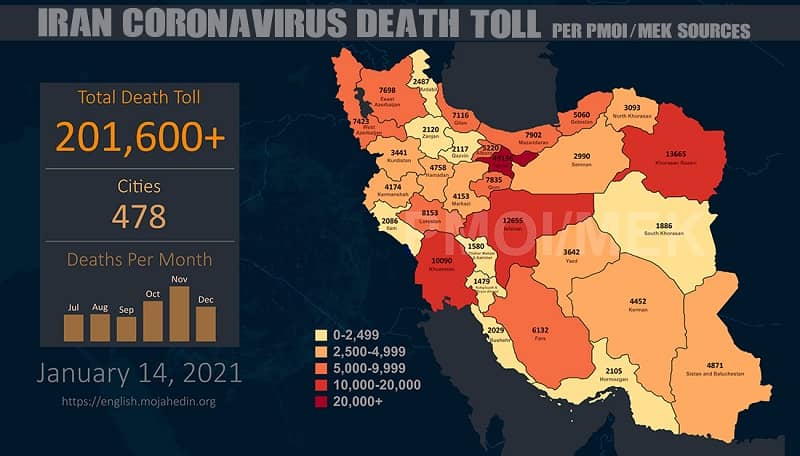 More than 201,600 people have died of the novel #coronavirus in 478 cities checkered across all of Iran's 31 provinces, according to the Iranian opposition PMOI/MEK.

On January 13, Iranian citizens continued protests, strikes, and rallies to achieve their inherent rights. Despite the coronavirus outbreak, needy people have found protests as the main instrument to take back their plundered rights.

The Iranian regime has stepped up executions and death sentences 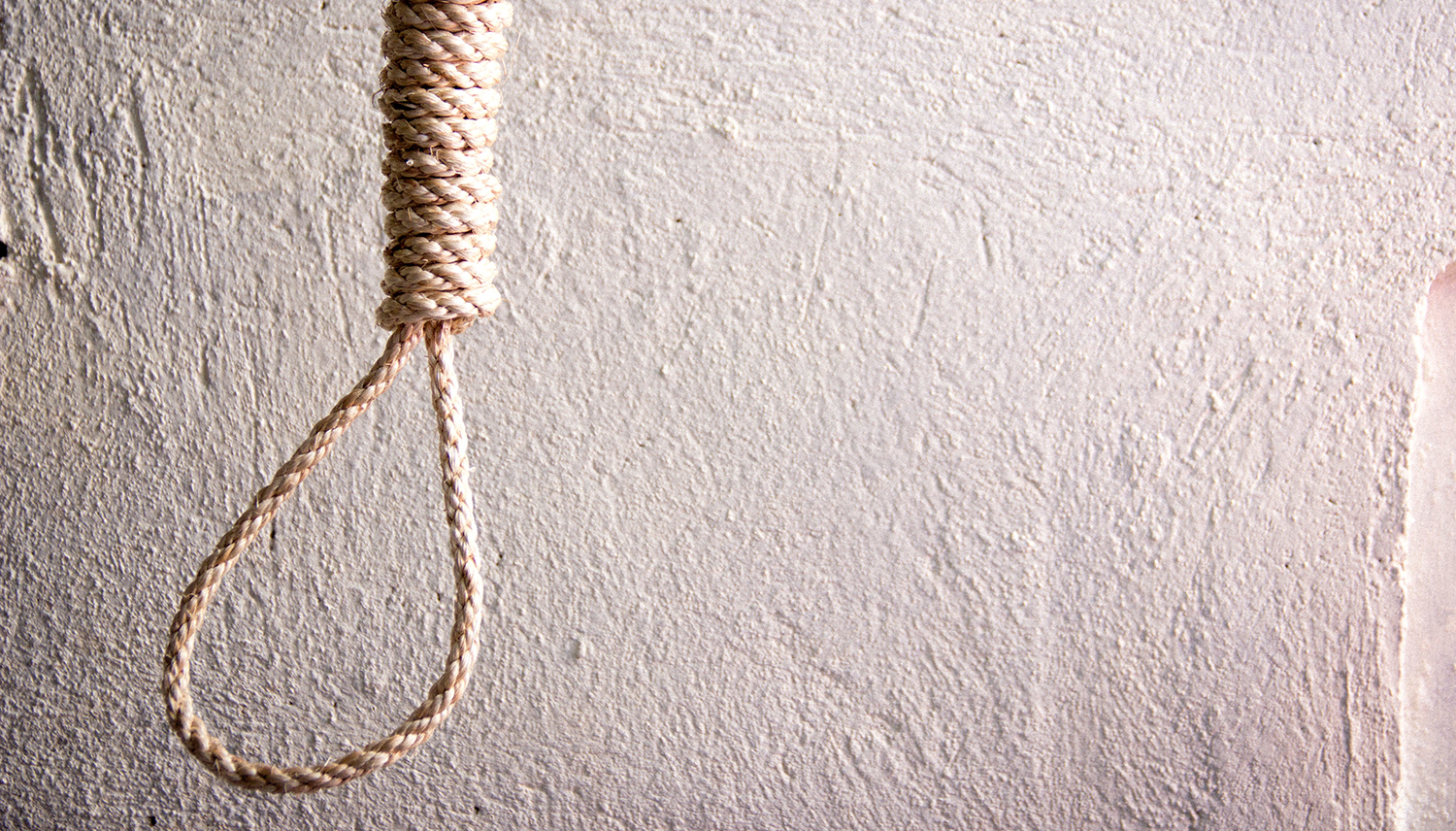 Two prisoners were hanged in the Langroud Prison of Qom in the past several days. Other news indicates that the fingers of another two prisoners were amputated in this prison on the charge of robbery.

Two prisoners were hanged in the Langroud Prison of Qom in the past several days. Other news indicates that the fingers of another two prisoners were amputated in this prison on the charge of robbery. #Iran #StopExecutionsInIran pic.twitter.com/NUxxsiZOt9

70% of working Iranian women in Iran lost their jobs, left without insurance 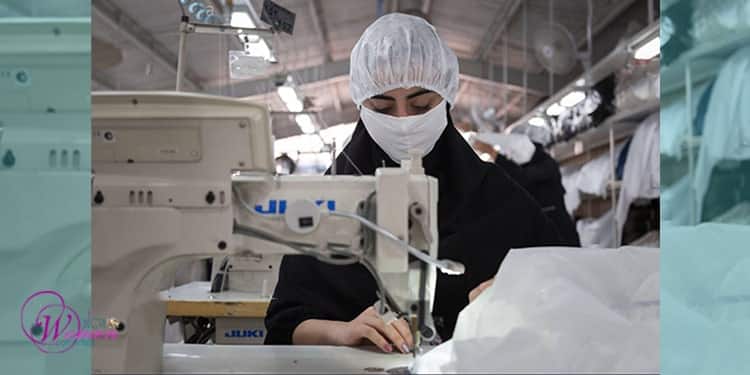 Seventy percent of working women in Iran have lost their jobs during the COVID-19 pandemic.

The women are the prime victims of the unemployment crisis in Iran, Eassa Mansouri, the Deputy Minister of Labor acknowledged without offering any solutions or a practical support. Instead, he laid emphasis on the policy of marginalization of women which is already in force, by saying: “We can create jobs for them by taking advantage of facilities for working at home.” (The state-run Rahbord Mo’aser, December 26, 2020)

Will Khamenei be forced to back down from his vaccine ban?

When the Iranian regime’s Supreme Leader announced a ban on vaccines, he did not think of the negative reactions even among his officials. In a January 8 televised speech, Ali Khamenei banned the import of US and UK vaccines because they were “untrustworthy”.

The regime’s Supreme Leader accused the US and UK of wanting to “test their vaccines on other nations” even while millions of people around the world, including the heads of states, have injected the vaccines. 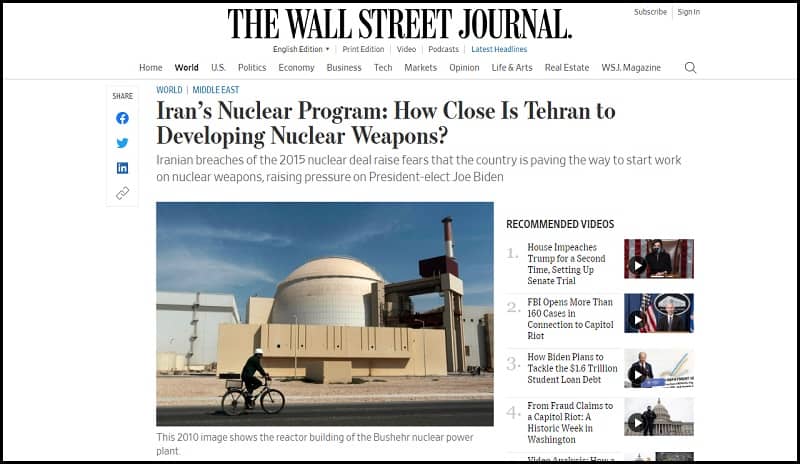 Iran has in recent months repeatedly violated the 2015 nuclear deal with world powers, reducing the time it would need to produce a nuclear weapon. The violations, a response to U.S. sanctions, have put at risk the survival of an agreement that helped remove sanctions on Iran and open it to business with the West.

The latest development emerged on Jan. 13 when the International Atomic Energy Agency told member states in a confidential report that Iran had told it in mid-December it planned to start producing uranium metal, a material vital for nuclear weapons. Iran says it is doing so for civilian purposes.