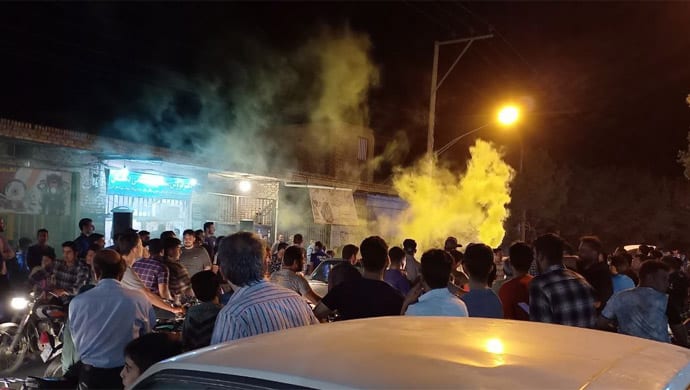 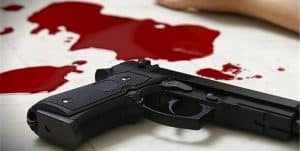 On May 30, a Sunni Baluch cleric was killed by gunmen in the city of Sarbaz. The cleric was identified as “Mufti Mohammad Karim Hamli”, the son of Pir Mohammad from Kvazdar village. According to a local source, the Baluch Campaign Activists, gunmen opened fire and wounded the interim Friday prayer leader of Kalat, who died after being taken to a clinic.

“It is possible that Mufti Mohammad Karim was targeted and killed by IRGC forces because he was following the murder of two young Baluchis,” an informed source told the Campaign Reporter.

Baluchis are a deprived ethnic group who live mainly in the Sistan and Baluchistan province, located at the southeasternmost edge of the Iranian plateau, encompassing the countries of Pakistan, Iran, and Afghanistan.

According to the annual report of the 2021 Baluch Campaign Activists, at least 115 Baluch citizens have been killed and wounded by gunmen and thieves in the Southeast areas of Iran. Among those killed and wounded were at least five children and four women.

Ahmad Taheri, the Sistan and Baluchestan police commander, said in an interview with the state-run Fars news agency reporter in Zahedan: “At 7 pm on Monday, following some citizens’ call with the Police Emergency Center regarding a shooting incident in the ‘Anguri Axis’ in Kalat, Sarbaz city, our detectives were immediately dispatched to investigate the matter.” 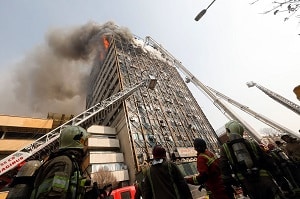 Following the nationwide outrage over the fiasco of a 10-story building collapse in the southern city of Abadan, some officials are now trying to sound the alarm and dodge responsibility for any future catastrophes.

A member of the city council in Shiraz warned that incidents like the collapse of the Metropol Complex in Abadan might happen again and stressed that some buildings in Shiraz are prone to that fate.

“The Metropol building in Abadan is a symbol of recklessness and incompetence of some officials, Afsaneh Khast Khodaee said. “There is a similar danger for the Aseman Hotel in Shiraz, as it is a symbol of officials’ malpractice. The investor of this hotel believes by obtaining the signatures of all officials and acquiring the necessary permits for the complex with this height and conditions, he has everything he needs. But it was only for the municipal permits that paved the way for the Aseman Hotel’s construction.”

She added: “In Mashhad, the shadow of 315 other Metropols are casting heavy over the city’s skies. The insecure buildings in the list announced in 2021 include the names of Hazrati Market, Ferdowsi Mal, the Zist Khavar Complex, and Imam Reza Market. The head of the Ahvaz Municipality Fire Department also announced last week that more than 1,570 unsafe buildings had been identified.”

Meanwhile, according to the state-run Tasnim news agency from Qazvin, the Deputy of the regime’s Passive Defense Organization Mehdi Rahimi stated this afternoon in a meeting: “We have received some reports that show one of the multi-story residential complexes in the city of Mohammadiyeh in Qazvin does not have the necessary security, and therefore the authorities should take action as soon as possible so that an unfortunate incident like the Metropol in Abadan does not occur.” 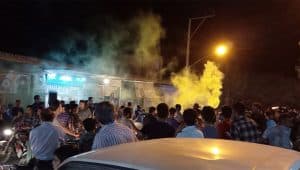 Several cities across Iran were scenes of continuing anti-regime protests on Monday night, May 30, for the sixth consecutive night. Activists in the cities of Abadan, Shadegan, and Izeh in Khuzestan province, Bushehr in Hormozgan province, Tehran, Zavareh in Isfahan province, and Kazerun in Fars province reported people taking to the streets in solidarity the people of Abadan and rallies against the mullahs’ regime. Qarchak’s warden, Soghra Khodadadi, described Ejei as a guest. However, political prisoners cried out, “We do not want a criminal guest.” In its annual review of the death penalty, Amnesty International reported that 2021 saw a worrying rise in executions and death sentences as some of the world’s most prolific executioners returned to business as usual and courts were unshackled from Covid-19 restrictions.

At least 579 executions were known to have been carried out across 18 countries last year⁠ – a 20% increase on the recorded total for 2020⁠. Iran accounted for the biggest portion of this rise, executing at least 314 people (up from at least 246 in 2020), its highest execution total since 2017. 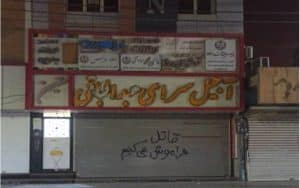 Following the tragic collapse of the Abadan Metropol building, which killed at least two dozen people, Iranian social media users have been expressing their solidarity with, and condolences to Abadan’s people in recent days.

One of the issues that have attracted attention is the fate of Hossein Abdolbaqi, the owner of Abadan Metropol. From the moment the building collapsed, various articles about his involvement with bribery were published on social media, indicating a great deal of corruption behind the construction of this complex. Footage of the authorities installing concrete walls and installing security cameras around the Khavaran mass gravesite has been shared on social media.

Half of Wetlands in Iran Devastated by Officials’ Mismanagement The pollution of wetlands in Iran has always been criticized by many environmentalists.