WASHINGTON, DC – On Friday, August 12, 2022, a year after the installment of the Iran regime’s president Ebrahim Raisi in office, an elaborate outdoor photo exhibition across from the U.S. Capitol exposed his involvement in four decades of systemic human rights violation. The exhibition underlined Raisi’s direct role in the 1988 massacre of 30,000 political prisoners and the murder of over 1,500 protesters during the 2019 uprisings.

Witnesses, relatives of victims, and political personalities addressed the exhibition, calling for banning Raisi from entering the United States to attend the upcoming U.N. General Assembly meetings in New York City. He is on Washington’s sanctions list for “Advancing Regime’s Domestic and Foreign Oppression.”

Organizers also urged the White House to hold Raisi accountable for his crimes against humanity and genocide.

Honored to host the great ⁦@JacksonLeeTX18⁩ at our rally & exhibition on Capitol Hill today. We applaud her for continuing to stand for justice, supporting ⁦@Maryam_Rajavi⁩ 10 point plan, urging accountability for Ebrahim Raisi #NoVisa4Raisi ⁦@SpeakerPelosi⁩ pic.twitter.com/igPuwuJnZt

The Youth Chapter of OIAC reading the names of the victims of the #1988massacre @POTUS it’s clear we must not allow Raisi into the U.S.#NoVisa4Raisi #No2Appeasement pic.twitter.com/Q9SdEqxWBM

Supporters of the MEK honor the fallen and lay flowers by the photos of #1988Massacre victims.

They’re urging @POTUS to ban Raisi and reject his visa for the UNGA#NoVisa4Raisi pic.twitter.com/Z0zoiok142

Today and every day, we honor the courageous Iranians who lost their lives at the hands of Raisi.

We couldn’t be in the position we are without them. It’s our duty to carry on their legacy and achieve the dream they fought so hard for. #ProsecuteRaisiNow #NoVisa4Raisi pic.twitter.com/mTXnThkO47 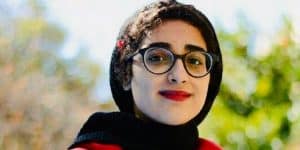 Hanan Hashemi, a young Bahai woman in Shiraz, southwestern Iran currently detained in the Shiraz Intelligence Center, informed her family in a phone call that she is under pressure to make forced confessions.

The 22-year-old Bahai woman was arrested on July 19 by security forces along with four other Bahais including Behieh Manavipour, Misagh Manavipour, Elhan Hashemi, and Nilufar Hosseini. During the arrest, security forces searched their homes. The Bahai men and women were then transferred to the infamous Shiraz Intelligence Detention Center known as 100.

Authorities Ramp up Crackdown on Persecuted Baha’i Faith in Iran Iranian authorities have ramped up their pressure and harassment of members of the Baha’i community, a long-persecuted religious minority, arresting dozens of people and destroying property belonging to members of the group.

Hundreds of cases of persecution of Baha’is, including arrests, summonses, searches and destruction of houses, confiscation of agricultural lands, deprivation of education, etc., have been registered in the past month alone. 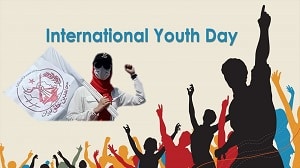 On the anniversary of International Youth Day, as the showcase for the youths to express their opinions and foresight, we must consider the resilience, bravery, and struggle of Iran’s youths, presented by the MEK Resistance Units against the tyrannic and theocratic regime.

Mrs. Maryam Rajavi the president-elect of the National Council of Resistance of Iran (NCRI) in a speech in this regard said: “Resistance Units are part of the PMOI network in Iranian cities. They are engaged in a vast anti-repression campaign on a daily basis, preparing the people for forthcoming uprisings, and showing the true political direction. These activities are incessant and nationwide”.