One day before Ebrahim Raisi’s confirmation as president by the regime’s supreme leader Khamenei, people in several cities in Iran took to the streets to cry out their grievances and protest how the officials are ignoring their demands.

Hundreds of Iranian American supporters of the Mujahedin-e Khalq (MEK), rallied near the U.S. Capitol to call for the prosecution of the Iranian regime’s incoming president, Ebrahim Raisi, for crimes against humanity.

Senator Lieberman expressed outrage for selection of Raisi, a mass murderer, as a president and later out the same question to the international community! “WHERE IS YOUR OUTRAGE?!” @StateDept @SecBlinken @nedprice @jakejsullivan #ProsecuteRaisiNOW pic.twitter.com/1LDA7K7xHs

Iran, August 1, 2021—Last week, Iran was the witness of a new wave of anti-regime protests. The protests began in Khuzestan against the water shortage but quickly turned into political demonstrations calling for regime change and the ouster of Ali Khamenei, the regime’s supreme leader.

Other cities such as Isfahan, Tabriz, and Tehran people held anti-regime demonstrations in solidarity with Khuzestan protests.
Read more

Protesting physicians voicing their economic woes.
“General practitioners don’t have security or rights!”
“Officials are responsible for the current situation!”

The United Nations and the World Health Organization must assist physicians and nurses in #Iran to achieve their minimum rights. 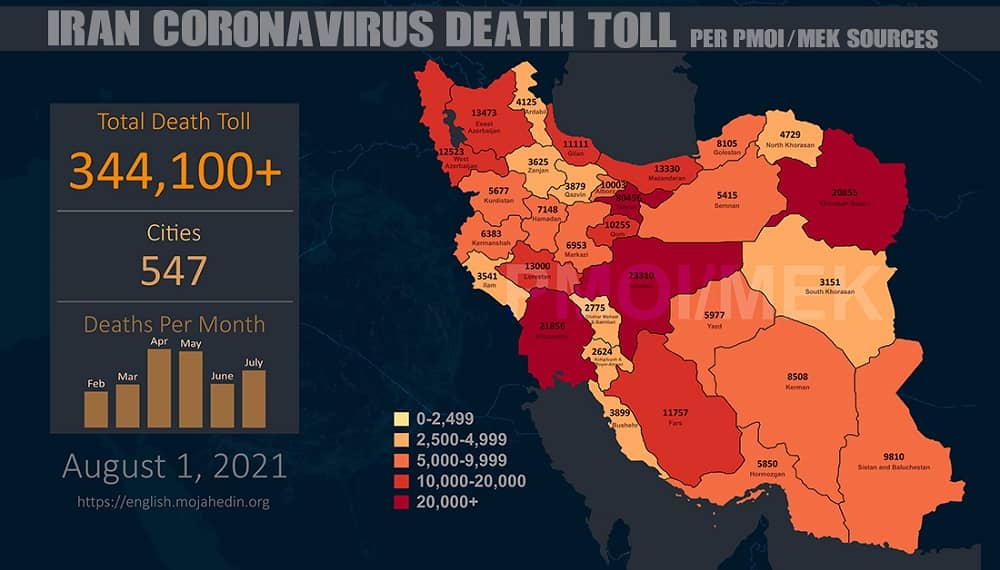 Rally in the US capitol

Today, the grounds of the U.S. Capitol in preparation for our rally and photo exhibition tomorrow. Join us to amplify the voices of the silenced, stand for justices, call for #ProsecuteRaisiNow support #IranProtests @WhiteHouse @voa @POTUS
08/02/2021, 11am, U.S. Capitol Grounds pic.twitter.com/0DQDmtgyMf

Iran: Inauguration Of A Mass Murderer, Ebrahim Raisi As The President Of The Regime

On August 5, 2021, the Iranian regime will hold the inauguration ceremony for Ebrahim Raisi as the President of the regime.
Iranian activists have long urged the international community to launch formal investigations into crimes against humanity that were committed early in the history of the Iranian regime. Those appeals suddenly became more imperative last month when it was confirmed that one of the leading perpetrators of the regime’s 1988 massacre of political prisoners would become the next Iranian president.

In a crime against humanity, the Iranian regime secretly executed over 30,000 political prisoners in 1988.
This massacre was implemented following a fatwa by the regime’s then-Supreme Leader, Ruhollah Khomeini.
In just 231 words, Khomeini decided the fate of over 30,000 Iranian youth.
The victims of this fatwa were the members and supporters of the Mujahedin-e Khalq or MEK

Call on the international community to prosecute Raisi with one click!

Iran: Protests in Tehran as authorities scramble to contain the explosive state of the society

On the morrow of demonstrations by the families of protesters murdered by regime security forces, and following nightly protests, the people of Tehran returned to the streets on Saturday and chanted anti-regime slogans.

Protesters called for regime change, a sentiment that has been intensely echoed across the country in the past few years.
Read more