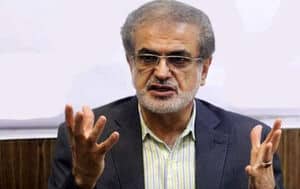 Criticizing the Iranian regime president’s rhetoric about the so-called economic growth or resistance, Ali Sufi, a former governor of Gilan province told the state-run Baharnews: “While the people are suffering and are coming to the streets to protest every day, it is clear that the soaring prices, inflation, and unemployment are getting worse rather than getting better. All economic indicators are negative and only the (ordinary) people are under pressure. There is no basis for saying things like ‘we’re going to neutralize the sanctions’.”

Sufi added: “Right now, the government has put its hands in people’s pockets. The fact that the government says ‘we must rely on domestic sources’ means that because the West does not allow us to sell oil, we will not have any oil income, and we will cover the government’s deficit from tax increases, inflation, and high prices. These gentlemen are struggling so much in this inefficiency that they resort to such baseless words.” 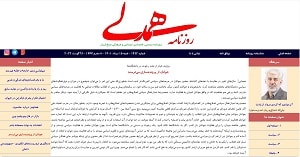 Warning about young blood of dissent, a state-run newspaper admitted in an article today that the Iranian youth are frustrated and have no hope to engage in the regime’s political process.

Calls for Firm Policy towards Tehran Echo Through Stockholm

On August 6, Iranians and supporters of the Iranian Resistance held a rally in Stockholm, demanding the end of Western appeasement policy towards Tehran and the expulsion of the regime’s agents from Sweden. 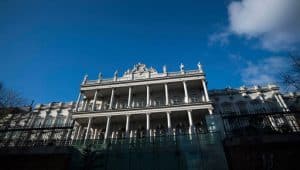 The latest round of Iran nuclear talks in Vienna began on Thursday with skepticism from both sides. European Union states have refused to send senior officials and already signs indicate the rift separating Tehran and Washington has only expanded since the previous talks in Vienna, according to European Union diplomats talking with Bloomberg.

EU officials familiar with the ongoing talks have told the media that considering the Iranian regime’s continuous violations of its nuclear commitments in recent months, there are least two nuclear-related issues added to already difficult list of six or seven obstacles. Iranian women are savagely brutalized by vice patrols in their clampdown to enforce the compulsory Hijab.

The hallmarks of Ebrahim Raisi’s presidency have been a spree of executions and the brutal suppression of women. In the last week of July, the Iranian Judiciary executed 25 people, including four women. The regime has executed at least 521 persons, including 22 women, since Raisi took office last year on August 3, 2021. Flash floods have engulfed dozens of provinces across Iran for more than a week, which have reportedly claimed more than 100 lives and caused widespread damage. At the same time, Iranians have been suffering greatly from water shortages.

Indeed, the Iranian authorities’ poor response to this ‘natural disaster’ has turned it into a ‘national disaster’ with more losses. State media has also pointed to the regime’s indifference to the constant drama of flash floods in recent publications. Hundreds of family members of the 1988 massacre victims in Iran asked the United Nations High Commissioner for Human Rights to prevent the “destruction and changes made at the Khavaran cemetery” by the regime.

Khavaran cemetery is believed to contain the remains of thousands of victims of the 1988 extrajudicial executions and enforced disappearances.

A letter signed by nearly 800 members of the families of the 1988 massacre victims and sent to Javid Rahman, the UN’s special rapporteur on the human rights situation in Iran, demands that the Iranian regime “stop harassing and threatening the grieving families.”

Vienna, August 4, 2022: MEK Supporters Protest Against the Mullahs’ Regime at the Same Time as the Start of a New Round of Nuclear Talks

Vienna, August 4, 2022: At the same time as the start of a new round of nuclear talks in Vienna, freedom-loving Iranians and supporters of the People’s Mojahedin Organization of Iran (PMOI/MEK) held a protest rally against the negotiations with the mullahs’ terrorist regime on Thursday, August 4.