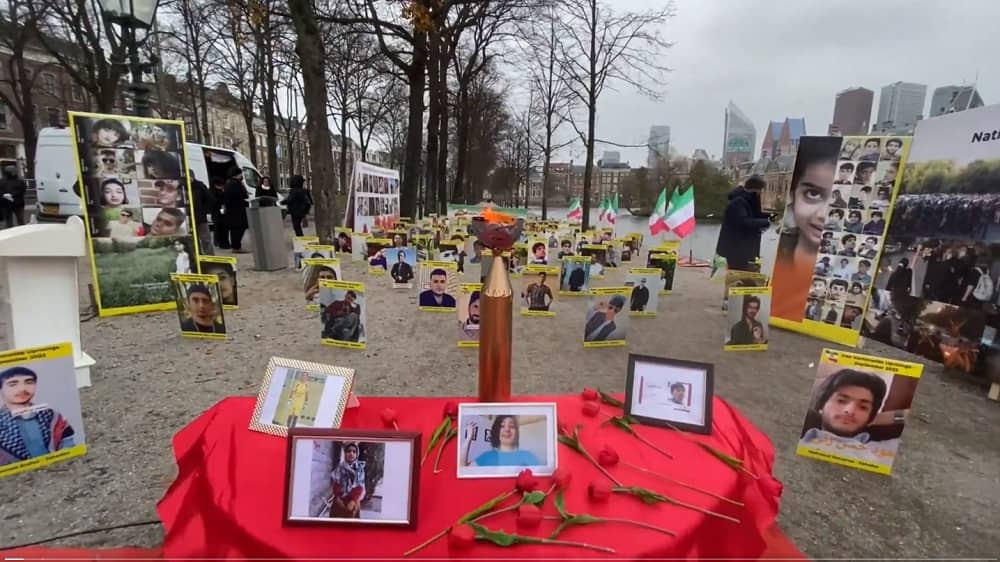 Iran Uprising at a Glance – Day 80

The uprising across Iran is marking its 80th day and locals throughout the country are preparing for a three-day campaign of intense anti-regime protests starting Monday to mark the nation’s Student Day on December 7. The increase in anti-regime protests is scheduled to begin on December 5 and aims to deliver yet another blow to the entirety of the mullahs’ regime.

On Sunday, protests began with demonstrations by farmers in Isfahan and hospital workers in Shiraz who continue to suffer from deteriorating living conditions under the mullahs’ regime. University students on several campuses also engaged in protests. Attacks on regime symbols continued apace throughout Iran.

The regime’s Prosecutor General, Mohammad Jafar Montazeri, said the “morality police” had nothing to do with the judiciary and was suspended by the very authority that had established it in the past. Of course, the judiciary will continue its supervision of behaviors in society. He added, “in dealing with the rioters, the Judiciary is pursuing the leaders and the main elements, which requires time. We will not relent regarding the main perpetrators of the recent riots. Nevertheless, given the country’s special circumstances, we need prudent actions.”

Earlier in the week, Montazeri had said that Parliament and the Supreme Council of the Cultural Revolution, another agency to control people’s lives and behavior, would announce their opinion on the issue of compulsory hijab in two weeks.

Many western governments, including the United Kingdom, the United States, and Canada, have already designated the so-called “Morality Police”, the hijab law enforcement unit, to their list of sanctioned entities.

December 4 – Bukan, northwest #Iran
More footage of locals setting up roadblocks and establishing control over Hesar Road on the 80th night of the uprising.#IranRevolution2022#مرگ_بر_ستمگر_چه_شاه_باشه_چه_رهبر pic.twitter.com/Muge9faDQ6

December 4 – Shiraz, south-central #Iran
Truck drivers have been on strike and continuing the nationwide protests against the regime on the 80th day of the uprising.#IranRevolution2022#اعتصابات_کامیونداران pic.twitter.com/PL4XXexNU5

In a video sent to al-Arabiya Persian, a member of the MEK Resistance Units inside Iran explains how the atrocities of the regime have made life for the people unbearable. He blames the regime’s Supreme Leader Ali Khamenei for orchestrating the Chahcheraq terror attack in Shiraz last month and says that Khamenei is feeling helpless because of the activism demonstrated by the Resistance Units all across the country.

In the end, he calls on the media to relay the voice of the people and asks the Middle East countries to support the Iranians’ call for regime change.

"We endeavor to keep the fire of the uprising aflame. We want freedom for our country and to topple this inhumane regime that kills school children. The world should support our uprising," a member of the @Mojahedineng's #ResistanceUnits network tells @AlArabiya_Fa https://t.co/iNQdlA08zf 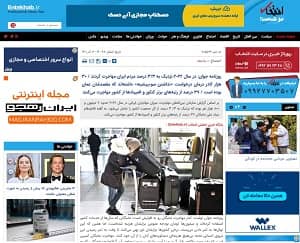 Javan daily, an outlet linked to the regime’s Revolutionary Guards (IRGC), wrote on December 3 that 2,8 million Iranians (3,3% of the population) have left the country in 2022.

According to the newspaper, at least “30,000 newly graduated medical professionals asked for good standing to leave the country.”

“The brain drain is on the rise. They were trained and raised in this country but were deceived by foreign countries and left Iran when they were supposed to serve this system. The brain drain is a serious problem that needs proper attention. We should consider this a social harm and act accordingly,” the state-run Javan daily wrote.

“But we also modify the rules and regulations. So when a person tries to leave the country, he or she shall pay the price,” the paper adds, threatening students. 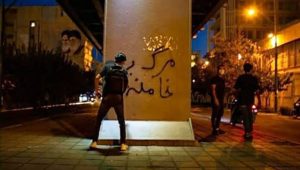 Iran’s nationwide protests, described by demonstrators in the streets of numerous cities as a “revolution”, is marking its 79th day on Saturday following a day of massive rallies by locals in several cities of the restive Sistan & Baluchestan Province on Friday. Brave men and women, and even many teenagers took to the streets in anti-regime protests, who were seen chanting slogans including: “Death to Khamenei!” “Death to the Basij/IRGC!” “With or without the hijab, we’re going to overthrow [the mullahs’ regime]!” 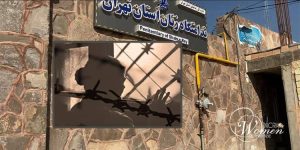 The prisoner who spent some time in Ward 8 of Qarchak Prison said the conditions of women protesters were horrible. The prison’s warden, Soghra Khodadadi, warned the inmates that if any news of the conditions in the ward was leaked out, she would cut off all the telephone lines of Ward 8! On Saturday, December 3, 2022, regime forces are profoundly concerned over public backlash as the revolution continues across Iran. In this context, mullah MP Mohammad-Reza Moballeghi extraordinarily sounded this worry about people’s anger over the entire regime.

“If I have made a mistake, I should be punished, not the whole [system],” he said. At the time, regime security forces randomly gun down every one step into the streets with birdshot pellets and live ammo. 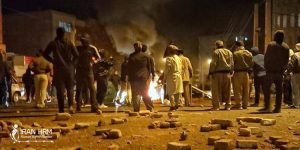 Major violations of Human Rights in Iran included in this monthly are focused on continued protests that emerged throughout the country since September 16, 2022.

The Iranian authorities are the least transparent regarding the publication of statistics. They also operate in secrecy; therefore, it is very difficult to provide accurate figures on the violations of human rights. This report is limited to the evidence and information we have been able to gather.

Washington, DC—December 1, 2022: Rally and Photo Exhibition in Front of the US Congress to Support the Iran Revolution

Washington, DC—December 1, 2022: Iranian-American community and supporters of the Iranian Resistance (NCRI and MEK) continued their rally and photo exhibition outside the US Capitol, supporting the nationwide Iran protests.