Maryam Rajavi: Hail to the deprived pensioners and retirees who have risen for their rights

So long as this corrupt regime is in power, poverty, discrimination, inflation, high prices and unemployment will only aggravate. #IranProtests

Maryam Rajavi: The clerical regime’s dossier of crimes must be referred to the UN Security Council and its leaders must face justice

The clerical regime’s dossier of crimes must be referred to the UN Security Council and its leaders must face justice. #StopExecutionsInIranhttps://t.co/4qIsfP1K48

On February 17, 2021, in a heinous crime, Zahra Esmaili, a female death row prisoner who died of a heart attack shortly before her execution, was nonetheless hanged in Gohardasht Prison in Karaj.

Her lawyer wrote in a post on Facebook: “Yesterday, 16 men were hanged in front of Zahra’s eyes. As a result, she suffered from a stroke before going to the gallows, and passed away. However, her lifeless body was still hanged.”

Alireza Zamani was a managing director at the mullahs’ Ministry of Intelligence. He routinely mistreated and battered his wife and children.

He even threatened to kill his wife and attempted to rape his own daughter. https://t.co/DzlT0iz5Wv

February 20 – Mashhad, northeast #Iran
An elderly woman seen searching in trash for anything to sell or even eat.

It is worth noting that over 60 million people across Iran live in poverty and the mullahs continue to provide billions to the Assad regime and terrorist groups. pic.twitter.com/Ilr624qk8U

ROKNA state-run News Agency: The representative of the Prosecutor requested the death penalty for drinking alcohol

ROKNA state-run News Agency: The representative of the Prosecutor requested the death penalty for a 73-yr-old former pilot who was arrested for drinking alcohol/drunk driving in N Tehran, #Iran.

In 2020 the regime hanged a man for alcohol consumption. https://t.co/eQ1dXpMfkG 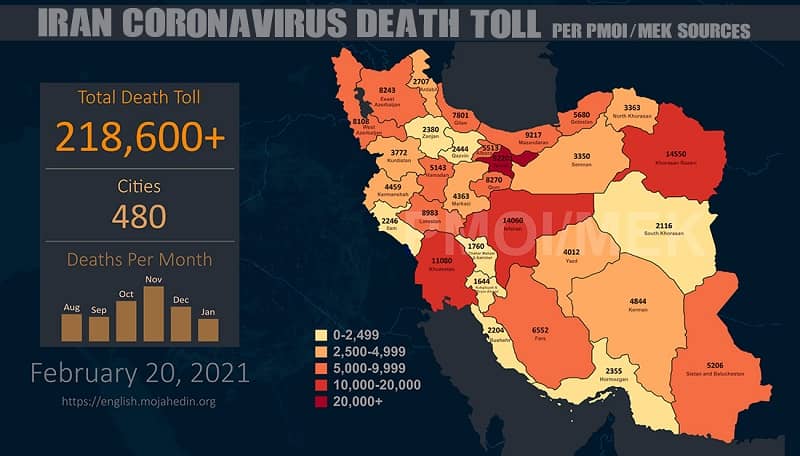 Iran: Members of the Nojin Cultural Association gathered outside the Judiciary to protest

Feb. 20 – Sanandaj, W #Iran
Members of the Nojin Cultural Association gathered outside the Judiciary to protest the 5-year prison term of the director of the Association, Kurdish language teacher Zahra Mohammadi. #IranProtests pic.twitter.com/SWyWOOU2bk

Iran: increased executions are a manifestation of the regime’s impasse 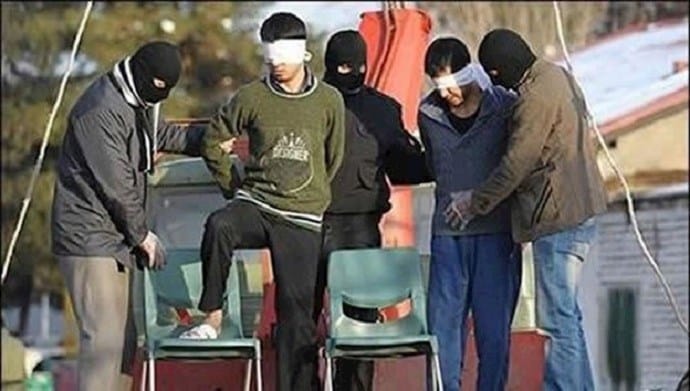 On Wednesday, Iranian authorities executed seven prisoners in Gohardasht prison, Karaj. Among the executed prisoners was a 42-year-old mother of two. On Monday, February 15, the regime carried out two other executions in Birjand. Two days earlier, a prisoner was hanged in Meshginshahr. Therefore, in only five days, the Iranian regime has executed at least ten prisoners across Iran. It is worth noting that the regime carries out many executions in secret, and the real number of executions might be much higher. According to reports obtained from inside Iran, many prisoners have been transferred to solitary confinement in preparation of their execution.

Mother language in Iran another excuse for injustice against minorities 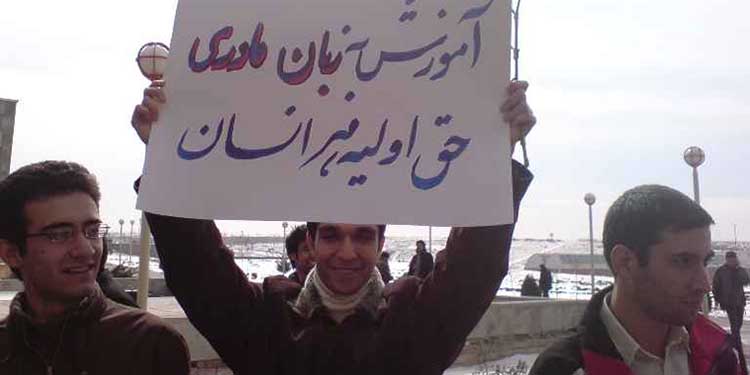 In the same year, at the 30th session of UNESCO, the Iranian regime voted in favor of naming the day. 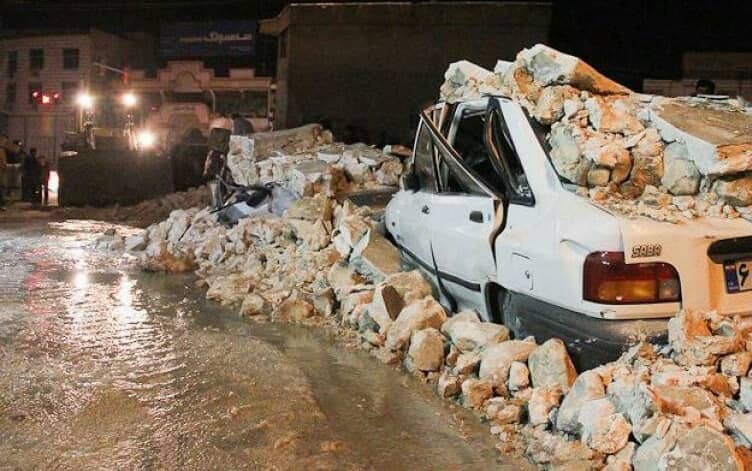 Angry locals in Sisakht, southwestern Iran protested the downplaying of earthquake damage by officials and state-run TV, following a 5.6 earthquake that left many homes in ruins.

The earthquake rocked the southwestern city of Sisakht and surrounding villages on the evening of February 17. State-run news agencies announced 64 injuries yesterday, 25 of which were transferred to hospitals. The earthquake affected a diameter of 10km from its epicenter. 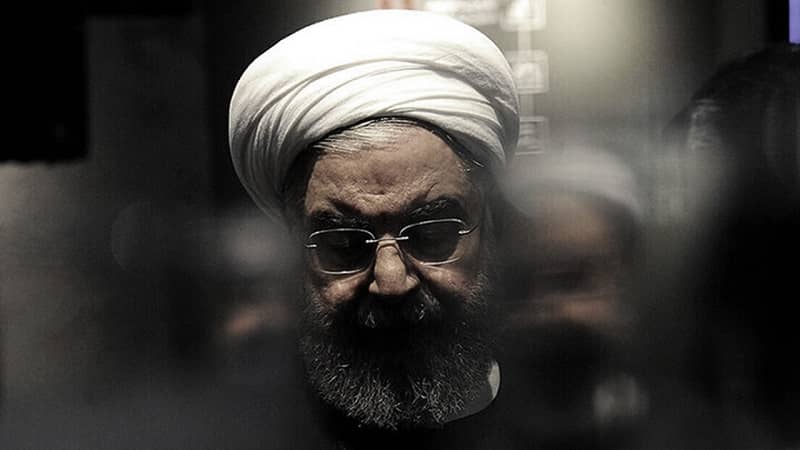 Hassan Rouhani, the president of the crisis-ridden government of Iran, once again begged the US government, that if you lift the sanctions, we will immediately return to the 2015 international nuclear deal known by the acronym JCPOA. Speaking at the cabinet meeting, Rouhani stressed that they will not expel International Atomic Energy Agency (IAEA) inspectors from Iran. At the same time, he tried to examine the Trump era.

The Lost Future of Iranian Children 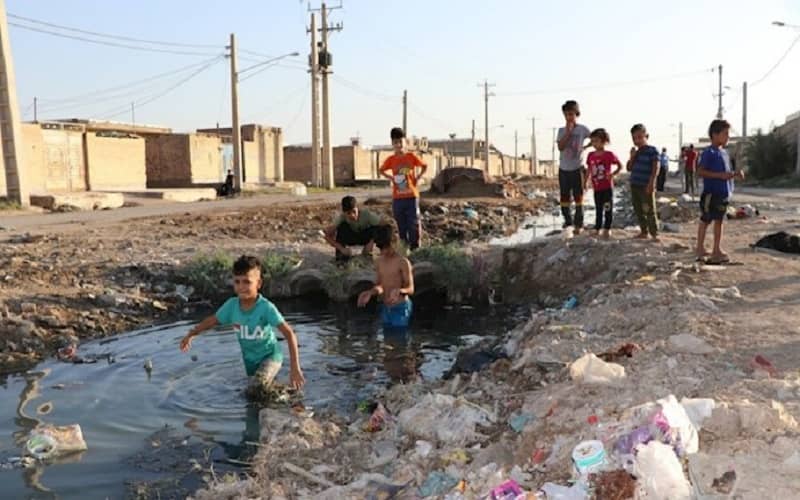 The abundance of words and expressions such as execution, suicide, self-immolation, homelessness, prostitution, and news of the death of children in Iran’s state media and on the Internet indicate the status of human rights in the country.

For 42 years, the Iranian people have faced a crackdown by the government, and as time goes on, its volume and effects become more widespread. In the meantime, the situation of innocent children in Iran is very painful and astonishing.

Previous articleIran: Coronavirus Fatalities in 480 Cities Exceed 218,600
Next articleAt Least 30 Executions in the Past Month, Another Sign the Religious Fascism Rules With Torture, Executions Only