Maryam Rajavi the President-elect of the NCRI wrote in a Twitter message:

“We pay tributes to the martyrs of the uprising in Saravan and other parts of Sistan and Baluchestan.

We pay tributes to the martyrs of the uprising in #Saravan and other parts of Sistan and Baluchestan. #IranProtests

Hail to the arisen people of Zahedan, Iranshahr, Khash, and the courageous youths of Karimabad, Shirabad, Ghal’ebid and other regions of Sistan and Baluchestan. The uprising of our Baluchi compatriots belongs to all the people of Iran.”

“The IRGC will no longer succeed by cutting off the internet, killing people and flying helicopters. As a young Baluchi said: The time is on our side. I urge the brave and freedom-loving youths of Iran to rise up and support the uprising of our compatriots in Saravan and Zahedan.”

The IRGC will no longer succeed by cutting off the internet, killing people and flying helicopters. As a young Baluchi said: The time is on our side. I urge the brave & freedom-loving youths of #Iran to rise up & support the uprising of our compatriots in #Saravan and Zahedan.

The Islamic Revolutionary Guard Corps (IRGC) of Iran reportedly opened fire on protesters in the city of Saravan on Monday, killing and injuring an unconfirmed number of people.

Protesters responded Tuesday by storming the governor’s office in Saravan and damaging some police vehicles.

Saravan is located in the province of Sistan-Baluchistan, close to the borders with Pakistan and Afghanistan. Many of the residents are members of the Baloch ethnic minority, which also populates the neighboring regions of Pakistan and Afghanistan. The Baloch have their own distinctive culture, dress, and language. They are predominantly Sunni Muslims, while a Shiite theocracy rules Iran.

Alarming footage and reports have emerged from inside Iran indicating that Iranian security forces shot and killed a number of fuel porters in Sistan and Baluchistan province on 22 February. @amnesty is in the process of investigating the circumstances around this incident.

The clerical regime’s Supreme Court turned down Atena Daemi’s appeal to revise and rescind the ruling on her sentence of 2 years and 74 lashes. This was reported on February 24, 2021.

Atena Daemi’s appeal was to revise the ruling of Branch 24 of Tehran’s Revolutionary Court in June 2020. Based on a case the Ministry of Intelligence (MOIS) and the IRGC Intelligence filed against Ms. Daemi in 2018, she received a sentence of 2 years’ imprisonment and 74 lashes. 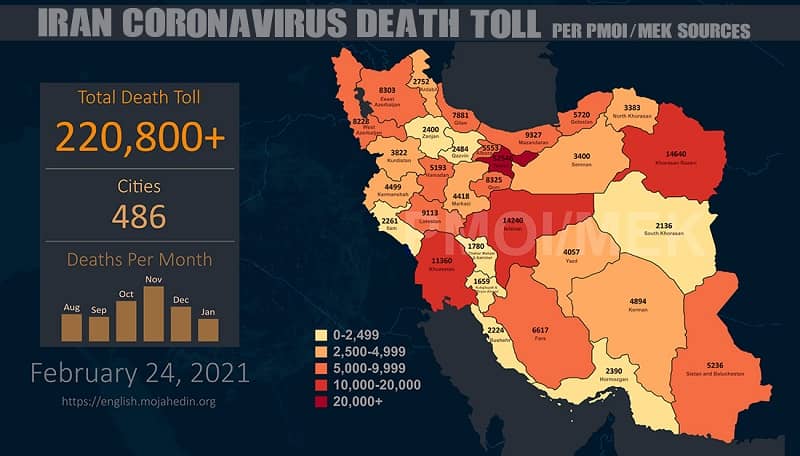 More than 220,800 people have died of the novel #coronavirus in 486 cities checkered across all of Iran's 31 provinces, according to the Iranian opposition PMOI/MEK.

Iran: Protests continue in Sistan and Baluchestan over killing of fuel porters by IRGC forces

The people of different cities in Iran’s Sistan and Baluchestan province held protest rallies and strikes today, protesting the killing of fuel porters and demonstrators in the province’s Saravan county. The protests follow the killing of Baluch fuel porters by Revolutionary Guards (IRGC) forces on Monday at a border crossing near Saravan.

On Wednesday, the people of the Kourin Sarjangal region near Zahedan city protested despite the heavy presence of IRGC forces. Videos and photos posted on social media show heavy clashes between protesters and IRGC forces. 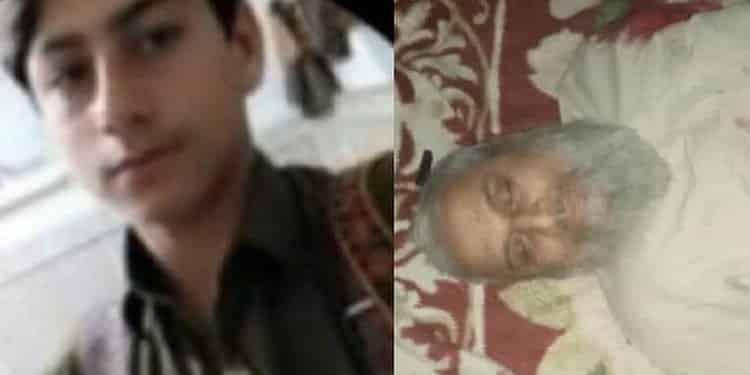 At least two Baluch protesters, including a 13-year-old child, were shot and killed today by the IRGC forces in the Qaleh Bid Base during protests in Zahedan, the capital of Sistan-Baluchistan Province.

Hassan Mohammadzehi, 13 and Mohammad Saleh Motaghedi were shot and killed during the protests on Wednesday, two days after dozens of ‘fuel carriers’ were were killed and wounded in the southeastern province. 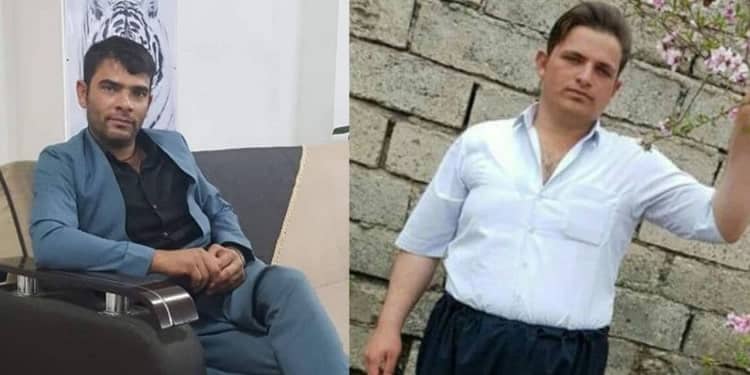 Two men in Piranshahr in northwestern Iran were shot and killed by the Islamic Revolutionary Guards Corps (IRGC) today.

According to an informed source, the IRGC forces directly targetted the men “Abdullah Naderi” and “Osman Naderi”, who were brothers, without prior notice. Kurdish local websites reported that the IRGC forces shot the two men without any specific reason. 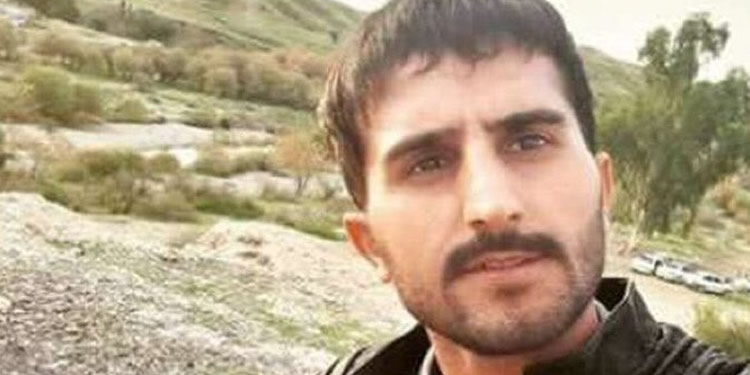 Political prisoner Majid Khademi was threatened with death by the judge in his case.

A year after his arrest the 29-year-old political prisoner is still being held in uncertain conditions in Behbahan Prison. He is also denied access to contact with his family.

He was arrested in late 2019 following the nationwide fuel price protests in Behbahan in Iran’s Khuzestan province.

Iranians Continue Protests; at Least Eight Rallies and Strikes on February 22 and 23

On February 22 and 23, citizens in Iran held at least seven rallies and protests in various cities, in addition to the massive protests of Baluch residents in Saravan city, Sistan and Baluchestan province. In response to security forces opening fire on a group of fuel carriers and killing dozens of people, residents attacked the local Governorate and set there ablaze.

Iranians Continue Protests; at Least Eight Rallies and Strikes on February 22 and 23

Previous articleIran: Saravan Uprising, No. 4 – IRGC’s Base in Korin, Zahedan Taken Over
Next articleKillings and Resulting Protests Highlight Worsening Plight of Porters on Iran’s Borders